The King County Sheriff's Office said a 31-year-old man turned himself in on Friday. 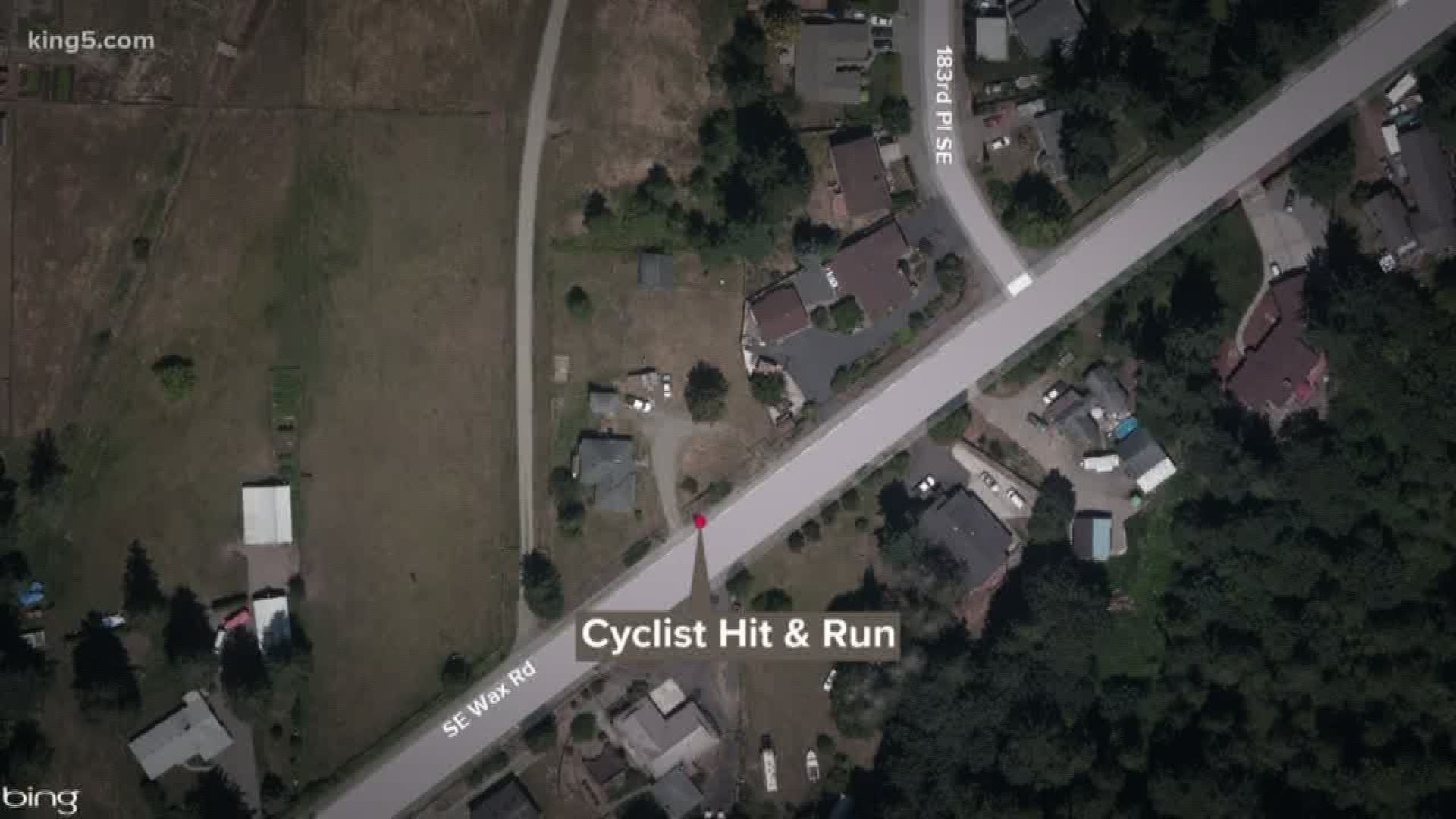 Editor's note: The above video is from initial coverage on the hit-and-run when deputies were still looking for a suspect.

COVINGTON, Wash. – A 31-year-old man has been charged after a deadly hit-and-run in Covington.

According to police, a bicyclist was hit from behind by a vehicle driving northbound in the 18200 block of SE Wax Road around 5:40 p.m. on November 6.

When deputies arrived on the scene, they found 50-year-old Michael Russell in the street with his bicycle down the road from him.

First responders performed CPR and Russell was flown to Harborview. He succumbed to his injuries en route to the hospital.

According to court documents, 31-year-old Kyle Landry was charged with vehicular homicide and felony hit-and-run. Landry turned himself in to King County Sheriff’s detectives on Nov. 8.

The vehicle involved in the deadly crash was impounded.