The Pierce County Sheriff's Department says the suspect was traveling at an "extremely" high rate of speed when he allegedly hit the woman's car from behind. 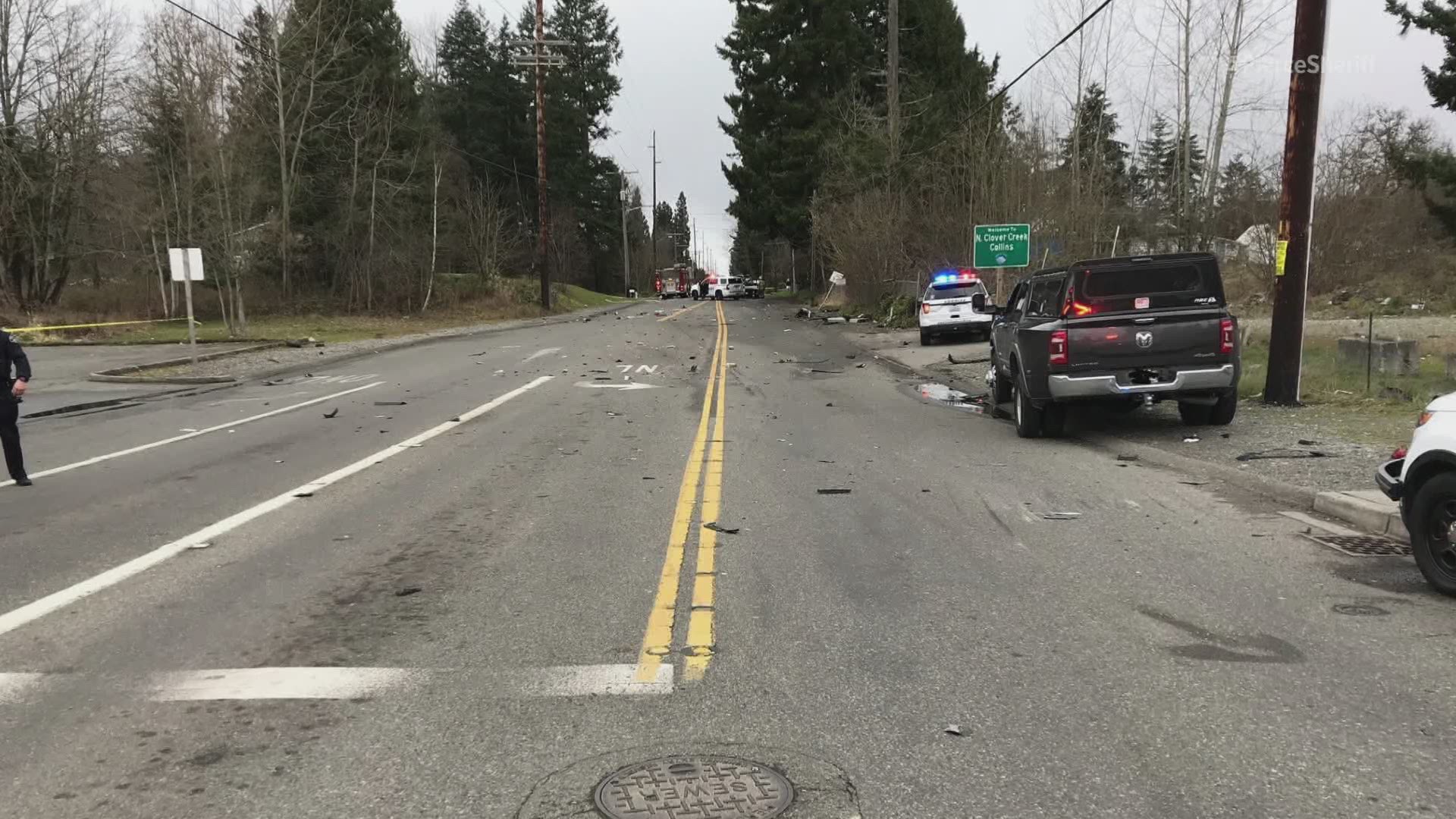 SOUTH HILL, Wash. — A man has been arrested and is facing charges for allegedly causing a deadly collision in Pierce County on Sunday.

The collision happened at 11 a.m. Sunday at the intersection of Canyon Road and 128th Street East near South Hill, according to a statement from the Pierce County Sheriff's Department.

The white sedan struck the black SUV from behind, then went up and over the SUV before landing upside down on the road, the department said.

The sheriff's department said the woman driving the SUV died at the scene. Her identity has not been released.

The 32-year-old man driving the white sedan sustained non-life threatening injuries. He was arrested and is facing a charge of vehicular homicide, the department said.

Investigators believe the man was traveling at an "extremely" high rate of speed when he allegedly struck the back of the woman's vehicle. Investigators are also looking into if drugs or alcohol played a role in the collision.