One person died after an Everett apartment fire that spread to Harvey's Pub early Sunday morning. 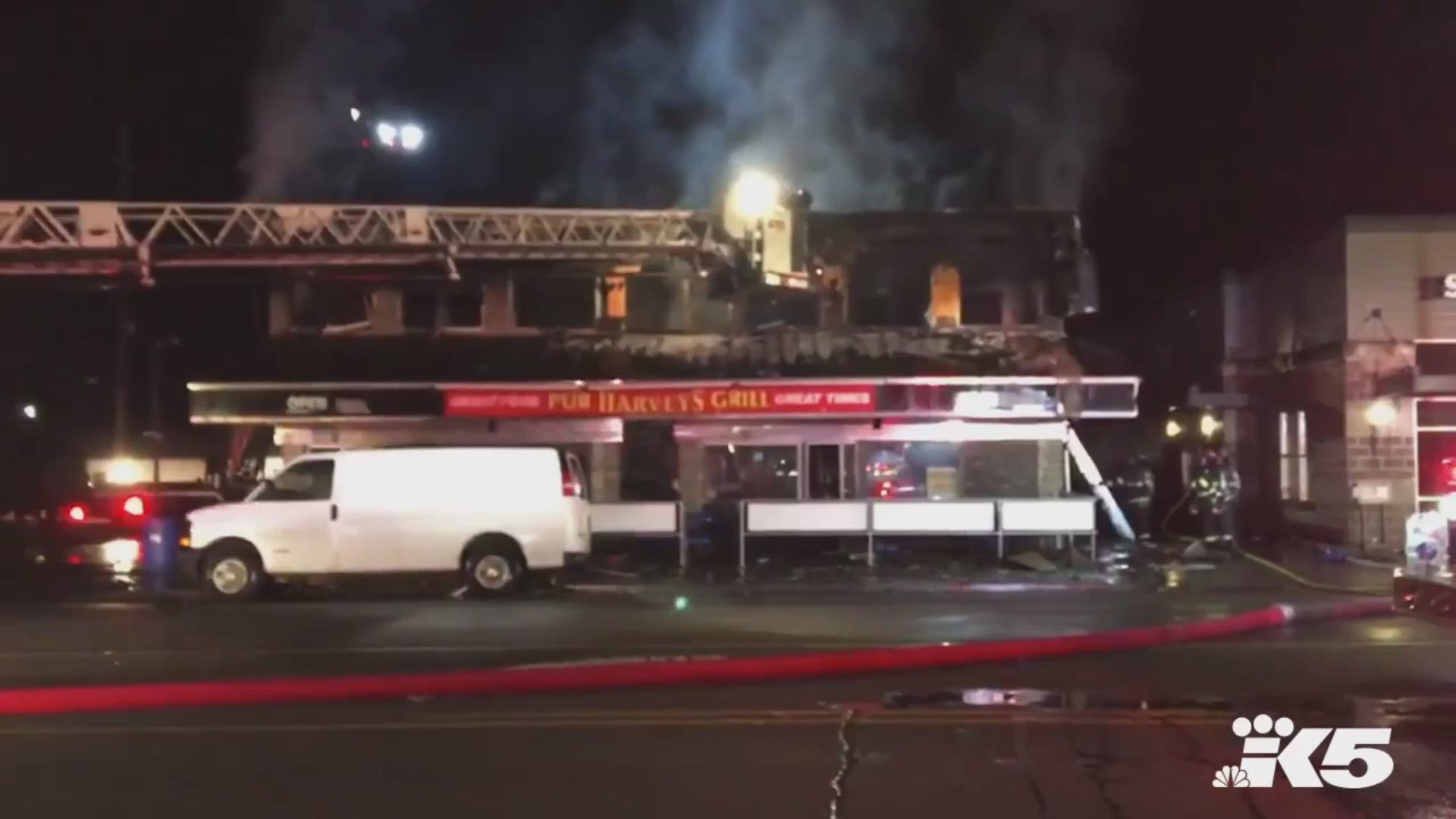 One person died in an Everett apartment fire that spread to Harvey's Pub early Sunday morning.

Witnesses say the victim is a male, according to Assistant Fire Marshal Steve Goforth, but the victim's age and identity is unknown.

The Everett Fire Department responded to the blaze just before 1 a.m. Sunday at 3615 Broadway. Crews found the second-floor apartments fully engulfed in flames.

Harvey's Pub was open at the time, but everyone safely evacuated. Crews said the building had working fire alarms, but one person on the second floor did not escape.

The pub has significant water damage and is closed indefinitely.

The cause of the fire remains under investigation.