With DC hosting thousands of pro-Trump supporters for events on Tuesday and Wednesday, recent vandalism led to some churches being concerned about the days ahead.

WASHINGTON — Concerns with possible vandalism and hate crimes have led to some local churches adding extra security and preparing their surveillance cameras this week, according to the Downtown Cluster of Congregations (DCC).

Thousands of supporters of President Donald Trump have traveled to the district for planned gatherings and events on Tuesday and Wednesday, including a speech from the president at the Ellipse late Wednesday morning.

The events come after Asbury United Methodist Church was one of two Black churches in the city targeted by protesters during unrest on Dec. 12. The oldest African American church to remain on its original site had its Black Lives Matter banner torn down and burned by Proud Boys demonstrators.

"Our buildings are vulnerable. Our signs are vulnerable," he said. "We've had churches preparing their own security cameras to make sure the outer sides of the building are protected. They've asked for increased police coverage. We've asked for MPD to be stationed at churches which have already been victimized by hate crimes.” 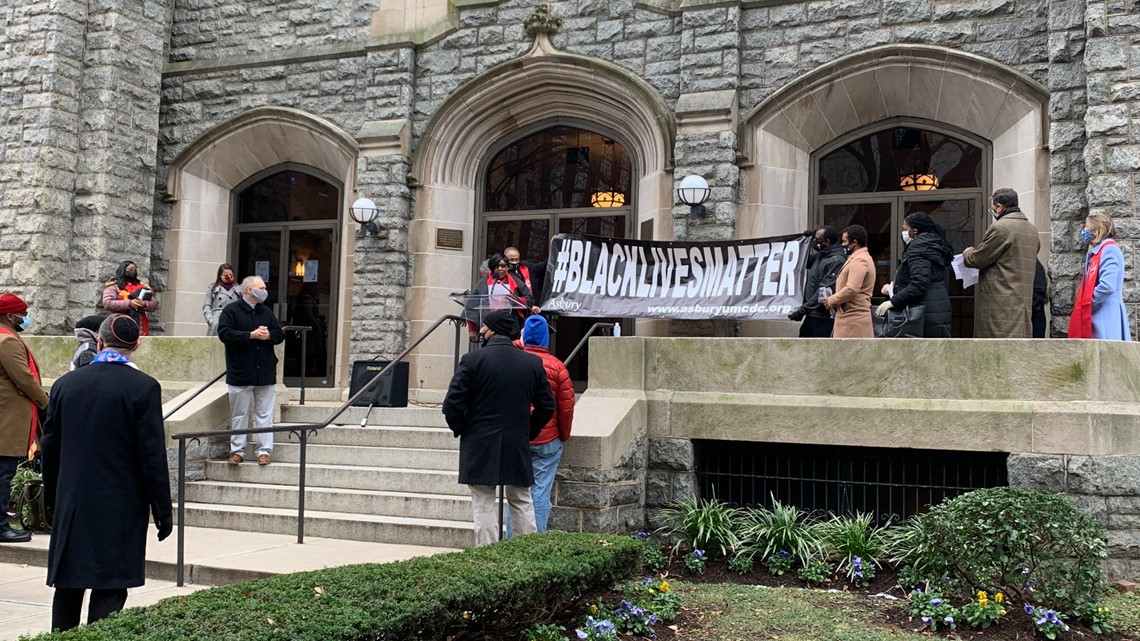 The DCC dates back to 1972 and helps organize a coalition of over 50 local churches of different denominations.

On Tuesday, Lynch said the group was pushing liquor stores to close earlier than usual this week to help cut down on possible violence that could occur around the Trump rallies.

"It’s fuel on the fire unfortunately and people may do things they wouldn’t do otherwise," he said.

The DCC has also called on local hotels to stop taking more reservations on the days of the events to avoid crowds that could commit crimes from growing.

"We’ve come to them saying please be aware of what your guests are doing. They may not be on your property but if they come to our property and damage it, we feel you have a responsibility to your neighbors," he said.

After 35 years in his position, Lynch added that the current times brought all sorts of concerns for nearby churches.

In the evening, Commissioner Alexandra Bailey of the 2F08 Advisory Neighborhood Commission planned what she called a “standing vigil” outside Asbury United Methodist Church. As a longtime resident, she said her plan is to observe and quickly alert authorities of any incident. 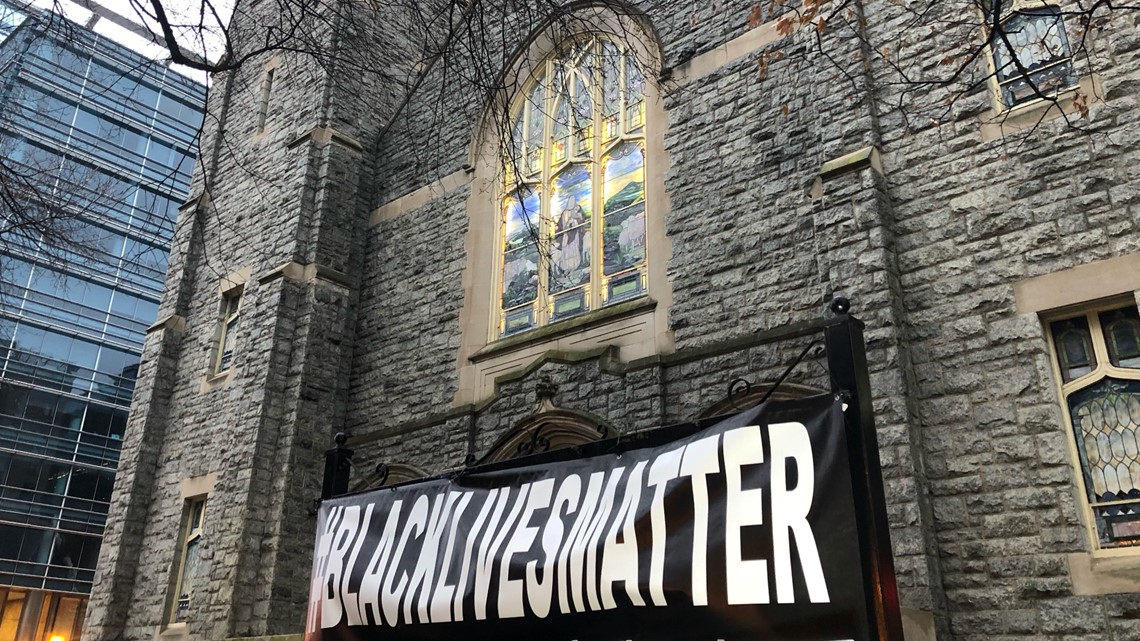 ANC Commissioner standing guard outside historic Black church during protests
Alexandra Bailey said she's more worried about the spirit of the community than herself. WASHINGTON - Efforts to protect churches in D.C. from any violence that may erupt from the planned pro-Trump rallies are not only being handled by police, but community members as well.

“I'm not really worried about myself, but my community and the spirit of the community," Bailey said. "I'm worried these intimidations will work and I will stand against them."

Moving forward, Lynch hoped things would stay safe with the events this week and protesters would avoid violence.

"It’s another page that we have to as Americans overcome. We have to change," he said. "We’ve got to be neighbors in this together to make sure we get through the next two days safely.”

RELATED: Proud Boys leader released from jail, ordered to stay away from DC