A piece of rock ‘n roll history helped a Seattle band put on their first show since their bass player was shot stopping a gunman at a bar in Idaho. 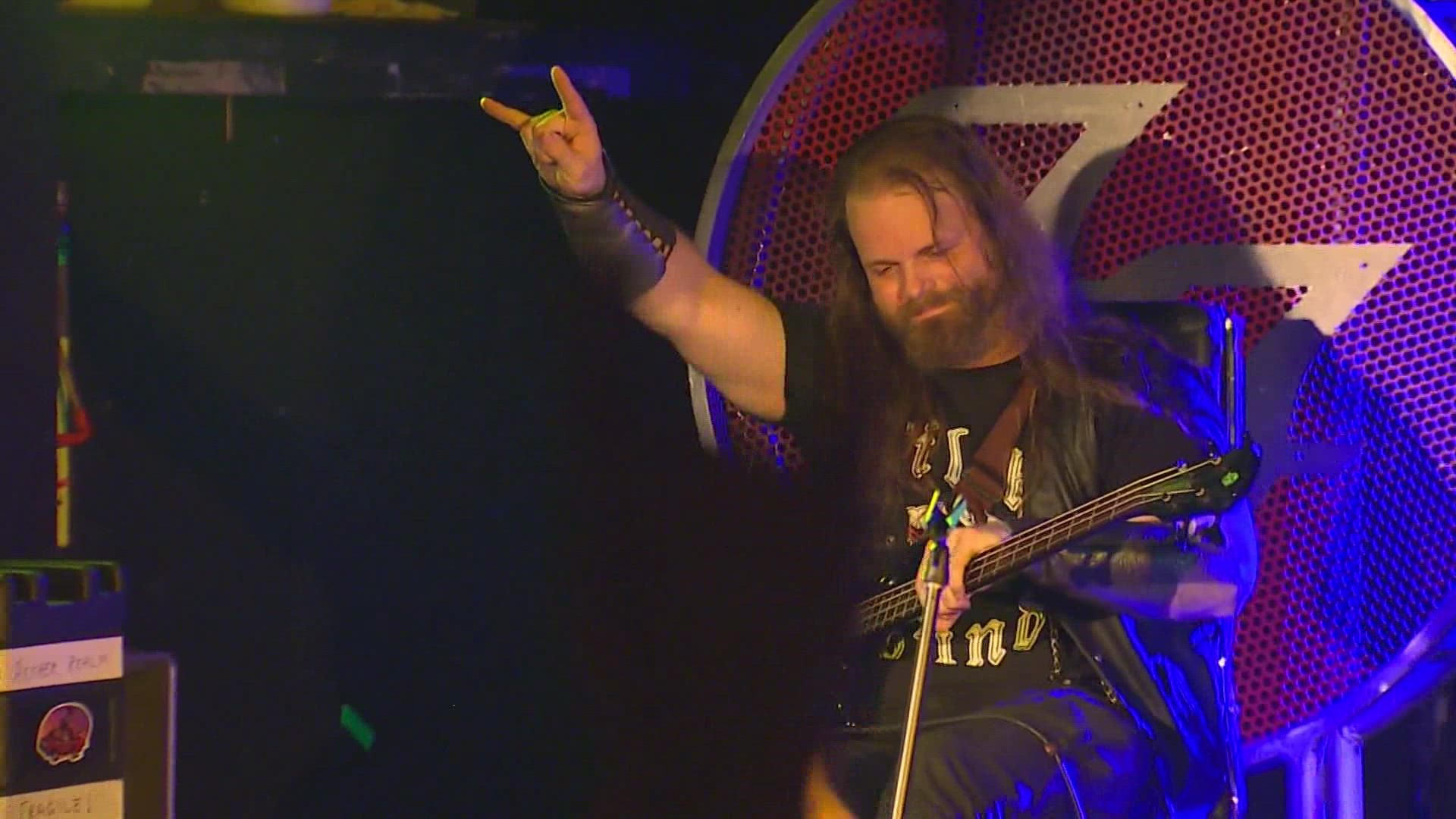 SEATTLE — At a sold-out show Sunday night, bass player Darin Wall took the stage for the first time since he was shot.

In early September, Wall's band Greyhawk was playing a show in Boise, Idaho when a man with a gun tried to enter the venue. Wall pushed the man to the ground and was shot in the leg. Police arrested the shooter, identified as 26-year-old Ethan Byrd.

Wall has been resting since the shooting. The bullet is still inside his leg. Wall admitted he was nervous and excited for Sunday night's show at El Corazon.

After three weeks off, his band was ready to perform again in a show that will go down in rock and roll history thanks to a throne used only by a few rock stars who've needed a little help.

"There are three people who have used it," said Wall. "There's Dave Grohl, Axl Rose in Guns and Roses, and me."

The throne belongs to Dave Grohl. He used it to rock out while sitting after breaking his leg during a show in 2015.

Wall said he made a comment about hoping to use the throne on a radio program and social media got the attention of the Foo Fighter's management.

"He called me from the MTV VMA awards and [Grohl] said I'll ship that throne up to you at my expense," said Wall.

The throne allowed Wall to rest his leg while playing. One change needed to be made to the chair before it was shipped because Wall was shot in his left leg while the chair was built for Grohl, who broke his right leg.

Rev Taylor, the band's lead singer, believes the throne is a deserved honor.

"What he did in Boise was absolutely in character and absolutely an extension of how he lives his life day-to-day," said Taylor.