A Sultan shop owner has found her calling in selling classic phone booths to nostalgic customers. 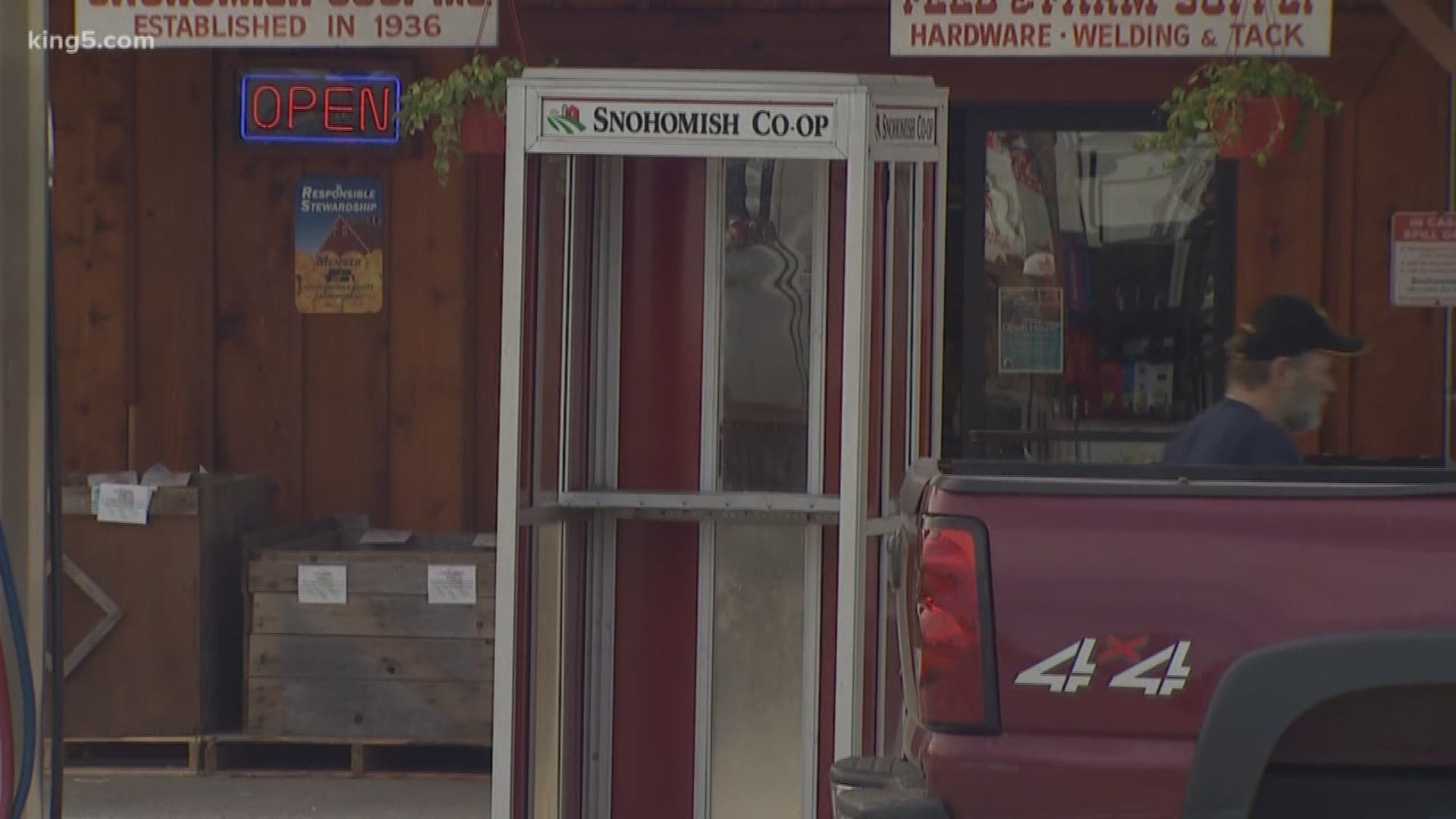 SULTAN, Washington — Among the vintage soda machines and pink flamingos inside Highway 2 Antiques and Collectibles, you'll find artifacts of a bygone era.

Store owner Cynthia Marie is still surprised by the reaction from some shoppers.

"I've actually had people ask me what it is," Marie says. "It's like, really?"

She's happy to point out to her younger patrons that those relics are telephone booths. The original 'mobile phones.'

"I remember, when I was younger, putting napkins over the receivers because they were so dirty and icky, and talking through the napkins, and running out of change and getting hung up on," Marie laughs.

"They are the new antique," she says.

The booths are selling faster than you can flip through a phone book. Only about 10 are left.

"I've sold them to movie sets and TV sets. I sold one to Cirque du Soleil for a show in Vegas," Marie says. "People turn them into outdoor showers, restrooms. You name it."

One man bought a phone booth as yard art, but a family of birds decided it would make a better place to raise a family and built a nest inside.

The repurposed relics are now popping up all over.

"You don't see phone booths anymore," says Keith Stocker, whose wife bought a pair of them to help families connect at their Snohomish farm. They plan to make the booths an interactive display for visitors to Stocker Farms.

"Kids will ask their parents what they are," says Stocker. "Now, mom and dad have an opportunity to talk about their childhood experiences -- like looking for a quarter in the dish every time they saw a phone booth. That's how we grew up!"