Those crop circles at a Tacoma park? There's a terrestrial cause

Even this can be connected to COVID-19. 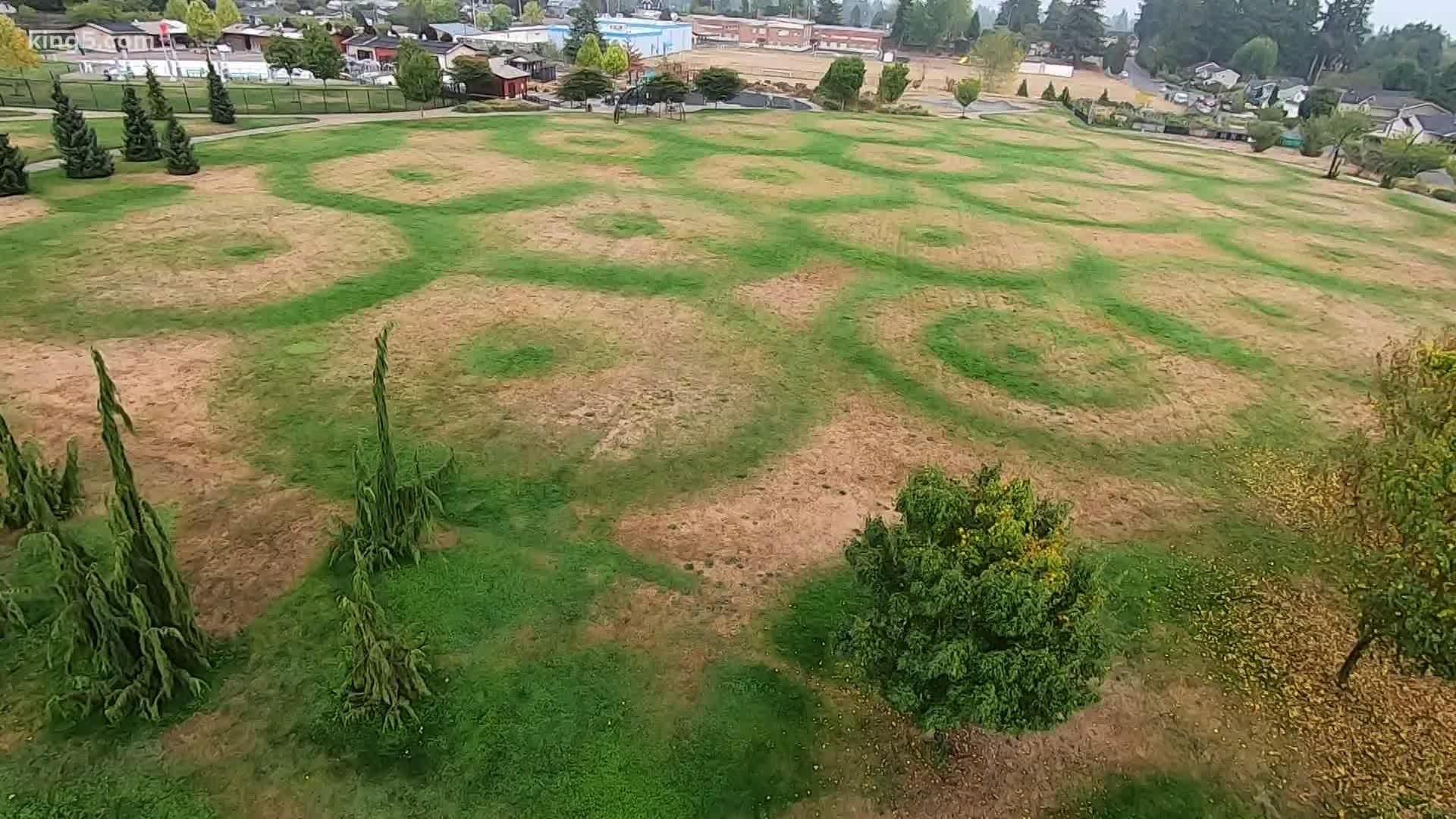 Even the fact 20 green circles in the lawn of a Tacoma park can be connected to coronavirus.

“It looked like something out of ‘Aliens,’ a sci-fi movie,” Michael Cristobal said.

He captured a picture of the lawn at Tacoma’s Kandle Park showing a series of green circles and sent it to Metro Parks Tacoma on Twitter.

The agency quickly dismissed any online conspiracy theories questioning the origin of the circles.

“I kind of knew it had something to do with the irrigation system,” said Josh Azinger, the maintenance lead for the agency’s west region.

Azinger blamed the circles on a pump failure in the park’s sprinkler system.

“Without that pressure you don’t get the fanning from the nozzles as much and you end up getting patterns like this,” said Azinger.

He said the public notified Metro Parks Tacoma about the problem, something that's happened more often in 2020.

Since the pandemic began the agency has had to furlough or eliminate two-thirds of the maintenance positions, said a Metro Parks Tacoma spokesperson.

Azinger said had they been fully staffed, his crews would have likely spotted the problem before the circles would have formed and the public likely would have never known about it.

“It’s nice to see the community step up and take that role,” Azinger said. “But at the same time it’s disheartening for us. That’s the nature of the day.”