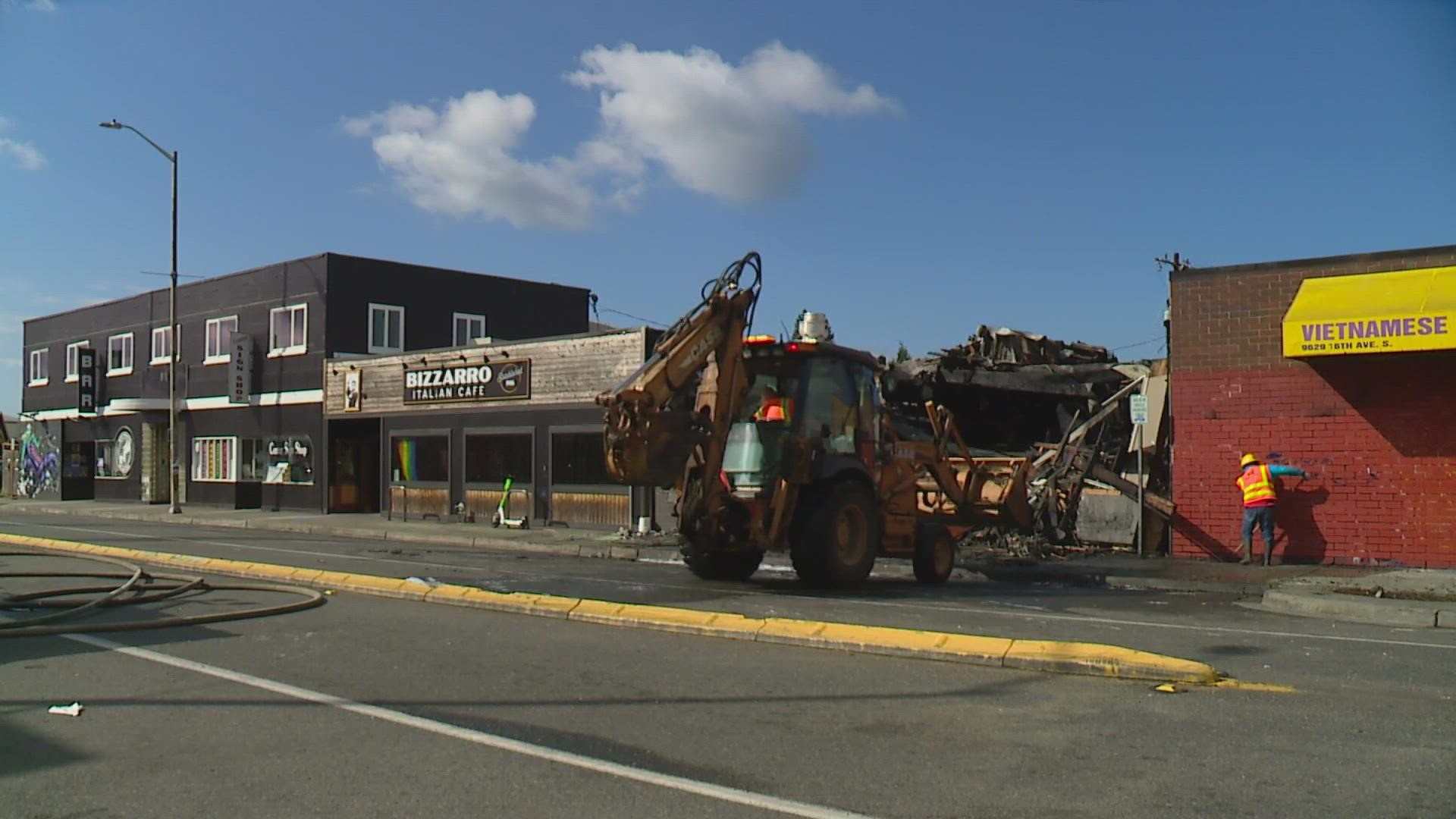 WHITE CENTER, Wash. — "Discarded smoking materials" were the cause of a large structure fire in central White Center Monday morning, according to the King County Sheriff's Office.

The three-alarm fire started shortly before 6 a.m. in a strip mall located in the 9600 block of 16 Avenue SW, near SW Roxbury Street.

Just after 7 a.m., King County Fire District No. 2 said that crews had successfully "knocked down" the flames.

Fire is knocked down, but clean up will take several hours, so avoid the area, streets are closed for safety! pic.twitter.com/nunhai9grg

Crews were taking a defensive approach to fighting the flames, according to Puget Sound Fire.

The fire is in the same area a two-alarm fire gutted several businesses in July, which was ruled an arson.

3 alarm fire in a strip mall in White Center. Right next to where two months ago there was a fire. pic.twitter.com/HETvb67Gtf

On Monday afternoon, King County Sheriff officials said the fire was caused by improperly discarded smoking materials. No further information on the cause was provided.

So far, no injuries have been reported associated with the fire.

Crews remained on scene Monday cleaning up the debris and people were advised to avoid the area.