'A horrible day in Seattle': Crane collapse kills 4 in downtown

Four people were killed Saturday when a crane collapsed from atop a new Google Seattle campus building at Mercer Street and Fairview Avenue. 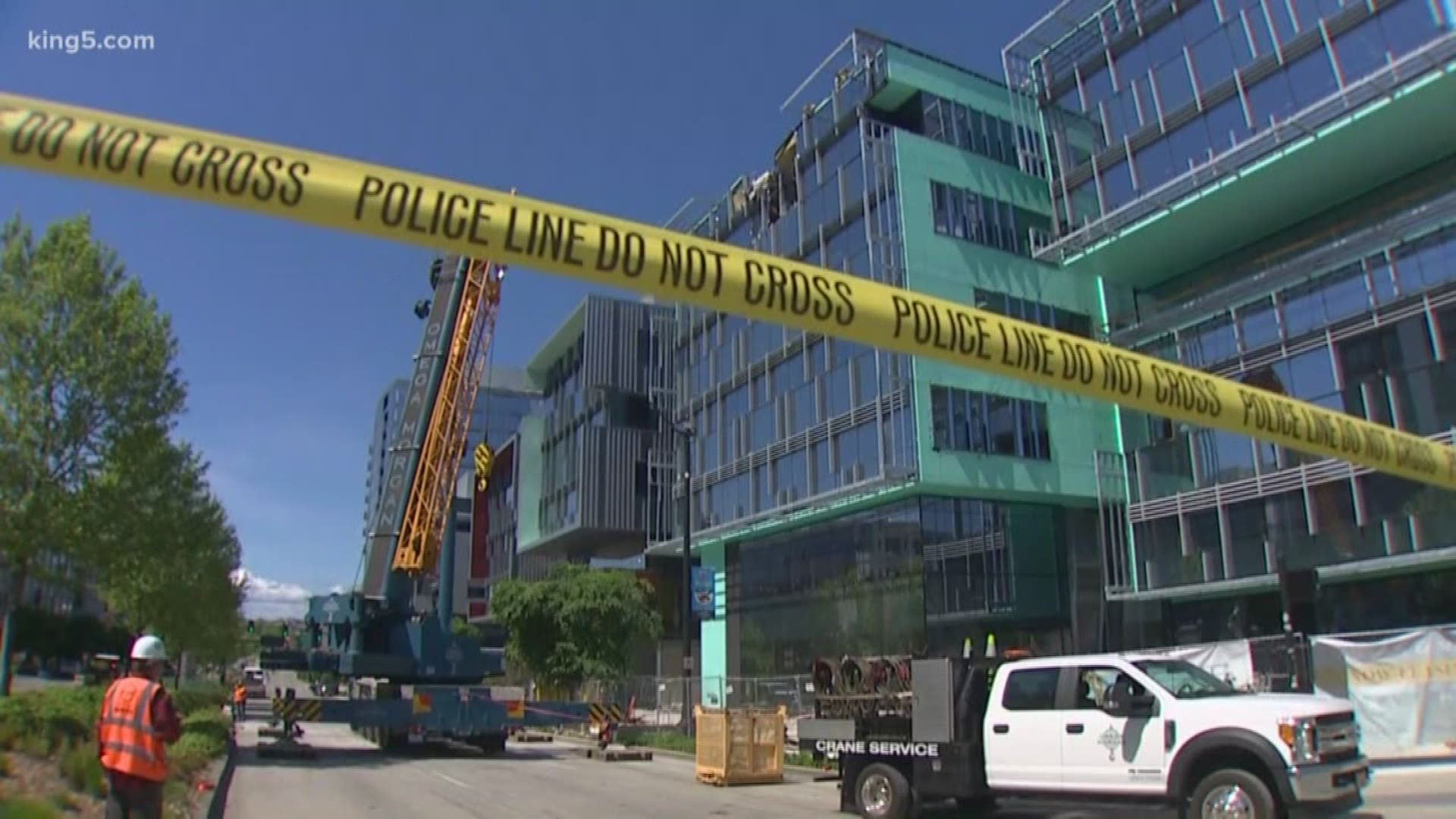 Four people were killed when a crane collapsed Saturday afternoon, falling onto traffic in downtown Seattle.

The Seattle Fire Department said one woman and three men were dead before the first firefighters arrived at the scene. Two of the people killed were ironworkers working on the crane and the other two were inside vehicles. The woman was identified Sunday as a Seattle Pacific University student.

Three people were transported to a nearby hospital with injuries, including a mother and her young child, said Seattle Fire Chief Harold Scoggins. The mother and four-month-old were released from the hospital late Saturday night, while a 28-year-old man was in satisfactory condition, according to hospital officials.

The King County Medical Examiner's Office said it would not release names of people who died until Monday.

The crane fell across a building undergoing construction along Mercer Street. The cab of the crane fell onto all lanes of traffic below, trapping several cars underneath. 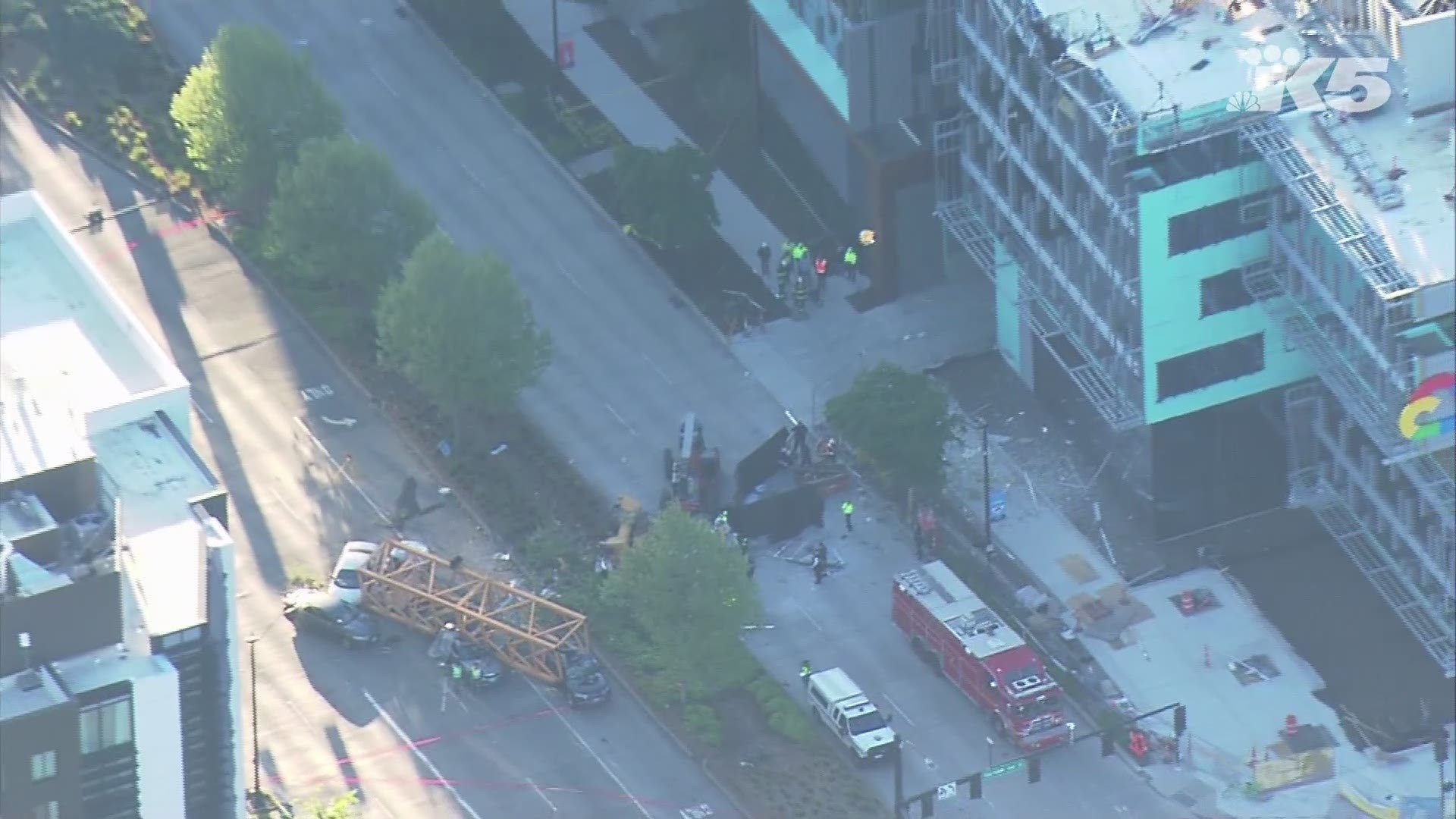 Durkan said there are two crane pieces on top of the building that are unstable. They're trying to figure out the safest way to remove those pieces.

"My heart breaks for the families that have lost someone today," Durkan said.

RELATED: Inside the state's crane inspections

Vulcan, who manages the construction site, released the following statement:

"We have received and confirmed reports of a tower crane accident at our site on the northwest corner of Mercer and Fairview in Seattle’s South Lake Union neighborhood.

"Our deepest sympathies go out to the families who have lost loved ones and our hope is that those who have been injured return to full health as soon as possible.

"Our general contractor, GLY, and its sub-contractors are fully cooperating with the authorities investigating this incident."

The cause of the collapse is being investigated by the Washington Department of Labor and Industries. Durkan said the investigation could take several months.

“Determining how and why this tragedy happened will take time. The City of Seattle, including the Seattle Police Department, will continue to work with the Washington State Department of Labor & Industries so they can complete a thorough investigation into the causes of this incident. SDOT will also ensure any road repairs are complete," Durkan said.

The National Weather Service said two observation sites near the crane site recorded wind gusts between 18 and 23 miles per hour although they "would not consider these strong wind gusts," the NWS tweeted.

The deadly collapse is sure to bring scrutiny about the safety of the dozens of cranes that dot the city's skyscape. The city has more cranes building office towers and apartment buildings than any other in the United States.

Seattle police asked that if anyone has video from the scene to send it to them. 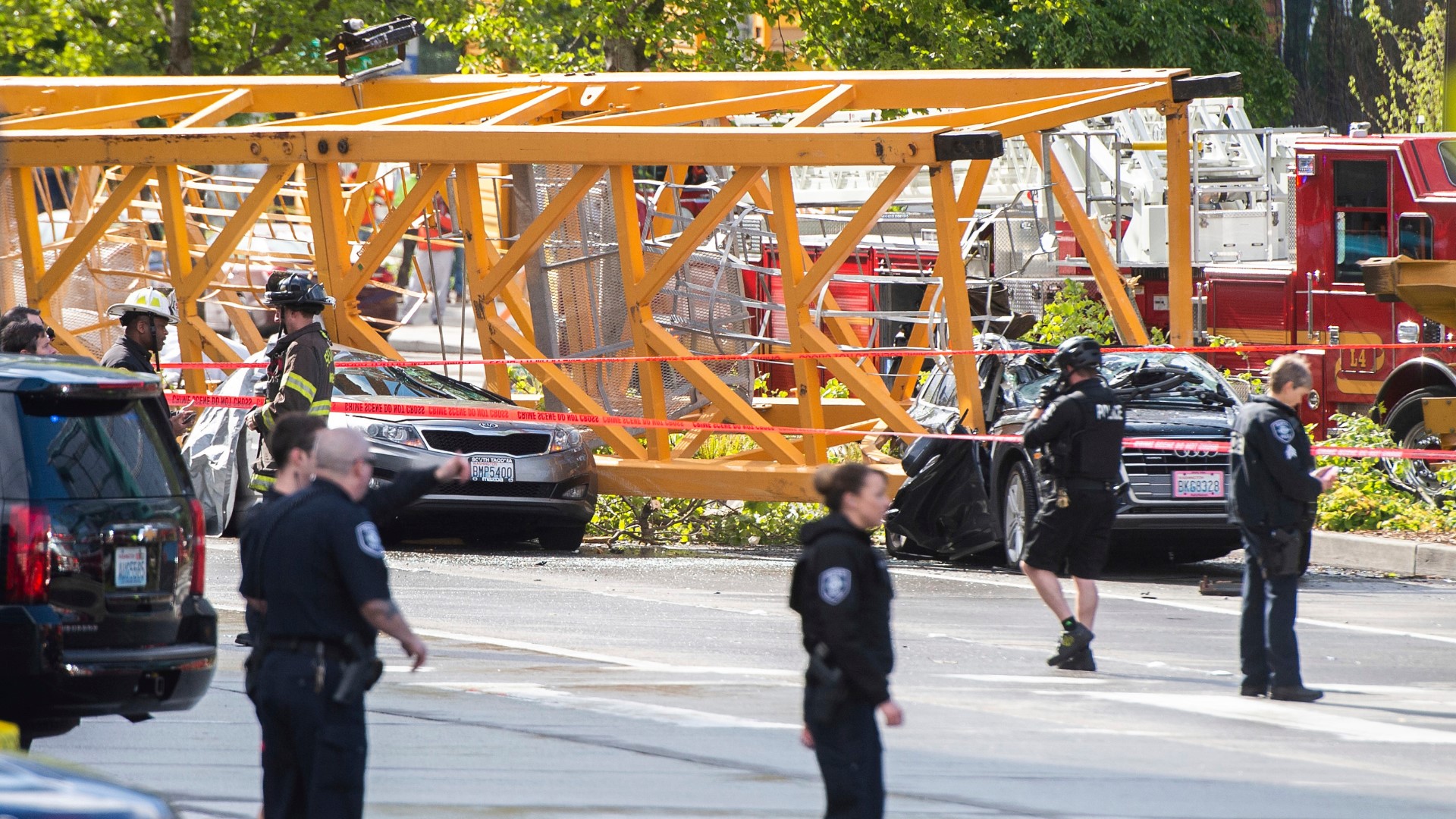