Washington state is working with the federal government to allow those who don't qualify to "opt-in" for state's vaccine lottery. 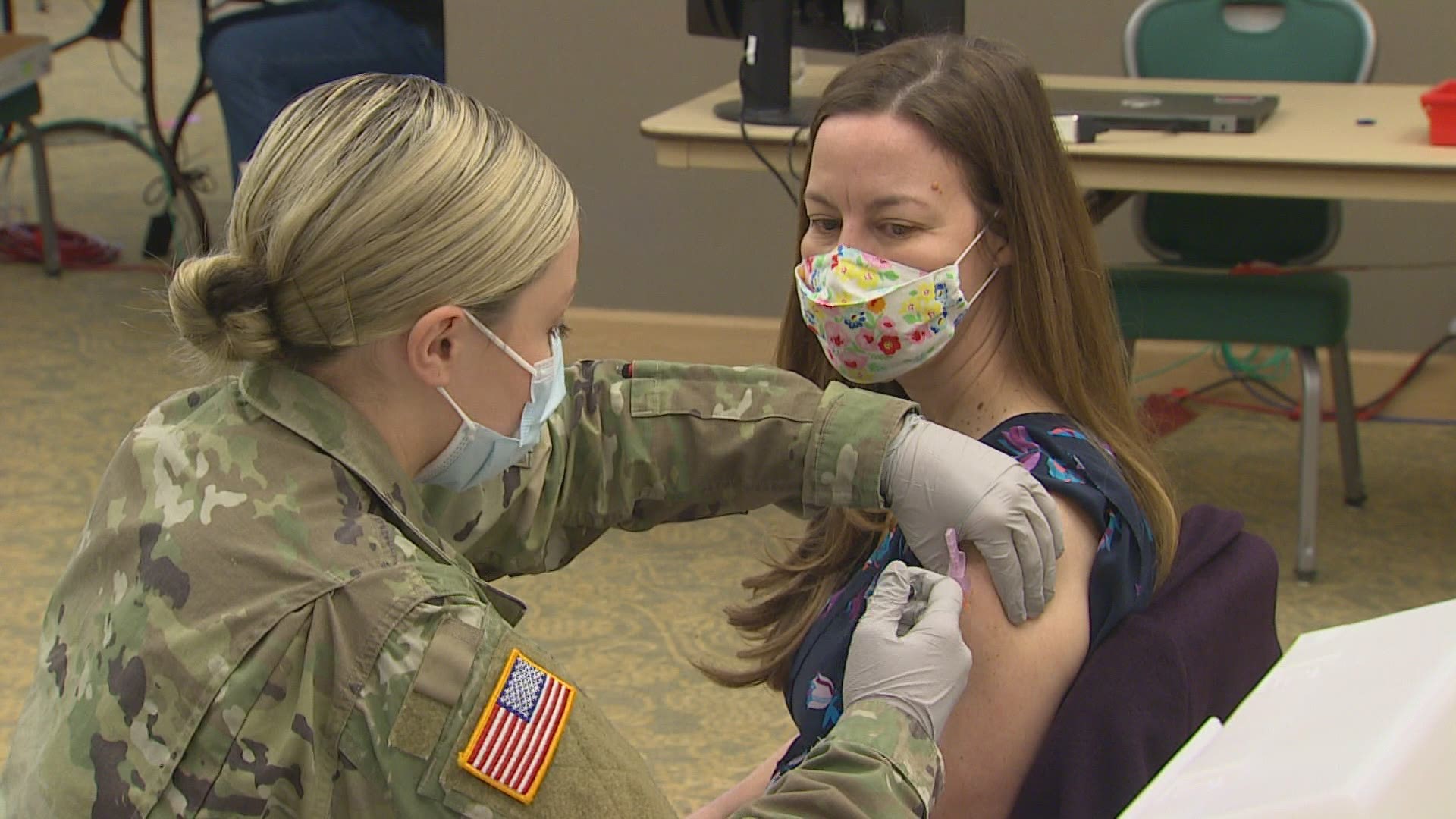 OLYMPIA, Wash. — Washington state's list of lottery prizes given to vaccinated residents won’t be offered to those who received doses from the military. At least not for the first round of drawings, Governor Jay Inslee confirmed Monday.

On Tuesday morning, officials with Washington’s Lottery working with the Department of Health will select hundreds of prize winners from the state’s database of vaccinated residents.

Each week for the next four weeks, $250,000 prizes will be given to anyone vaccinated, based on the state's database.

A final scheduled drawing on July 13 will identify a $1 million winner.

Other prizes include tickets to sporting events, concerts, and tuition credits.

However, Inslee said those who received shots from the Department of Defense or at veteran facilities will not qualify for at least the first round of giveaways. He blamed the federal government’s unwillingness to share information with the state about who was vaccinated by the military.

“We’re trying to find a way to get them into the pool,” Inslee said.

The state would like to find a way for those who received vaccines from the federal government to opt into the state’s database and subsequent lotteries, Inslee said.

“Huge majorities” of people vaccinated in the state have been accurately listed in the database, Inslee said. There have been instances of individuals being unable to confirm their vaccination status because records are missing a middle initial or a digit on a phone number.

The state is encouraging everyone to confirm their status on
https://myirmobile.com/ or call a state hotline at 1-833-VAX-HELP.