Elizabeth and John Driver are starting new lives in Skagit County after losing nearly everything they owned to the devastating California wildfire earlier this year. 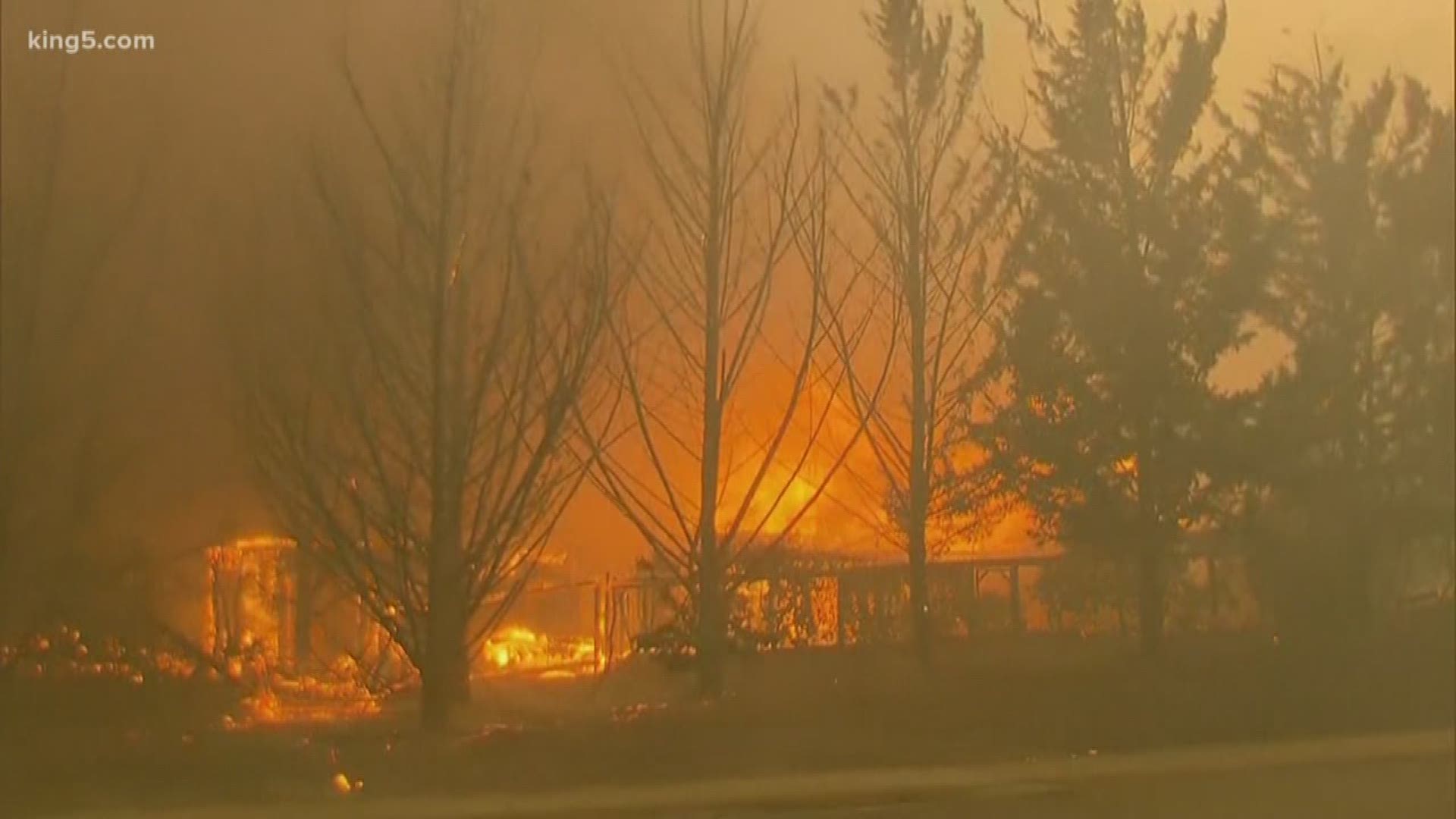 Elizabeth Driver still wakes up in the middle of the night, reliving her escape from Paradise.

When the Camp Fire broke out near Paradise, California in the pre-dawn hours of Nov. 8, she and her husband John received a phone call from a friend warning them they had only minutes to leave.

The elderly couple were forced to evacuate from the home they'd lived in throughout much of their 55 years together.

They grabbed their medication, some important documents, their dog Brandi. Elizabeth took the car. John drove the truck.

"I was following her, hoping nothing would happen to her," John said.

Smoke filled their air, blocking out any morning light. Flames lined both sides of the only road in and out of Paradise. The mass evacuation clogged the streets with cars, making their escape slow and painful.

"I thought if I stop the car, the tires are going to melt," Elizabeth recalled. "I thought I was going to die, but I just kept going on with the traffic."

The couple made it out of Paradise. But at least 86 others, including one of their neighbors, did not. Dozens of others are still unaccounted for.

The Drivers lost everything.

"I think what hurts the most, is that we've been married 55 years and our treasures are gone," Elizabeth said. "There's no way I can replace them."

The Driver's lasted only a few days in a local shelter before they decided to relocate to Mount Vernon where their son lives.

Word is out in the community, and donations and offers for help have started coming in. The Mount Vernon Seventh-day Adventist Church is helping to lead the effort.

"We were out to eat last week, and when we got the bill someone had already paid for it," she said. "I've never been on the receiving end like this before. It's so humbling to know people care."

Luckily, the insurance process has been surprisingly smooth and the couple are ready to close on a new house in Sedro Woolley. It's the unexpected start of a new life.

But they still haven't been allowed to return to their property in Paradise to assess what's left of their home.

"It's a new beginning," John said. "You can't change the past, but you can hope to do better in the future."