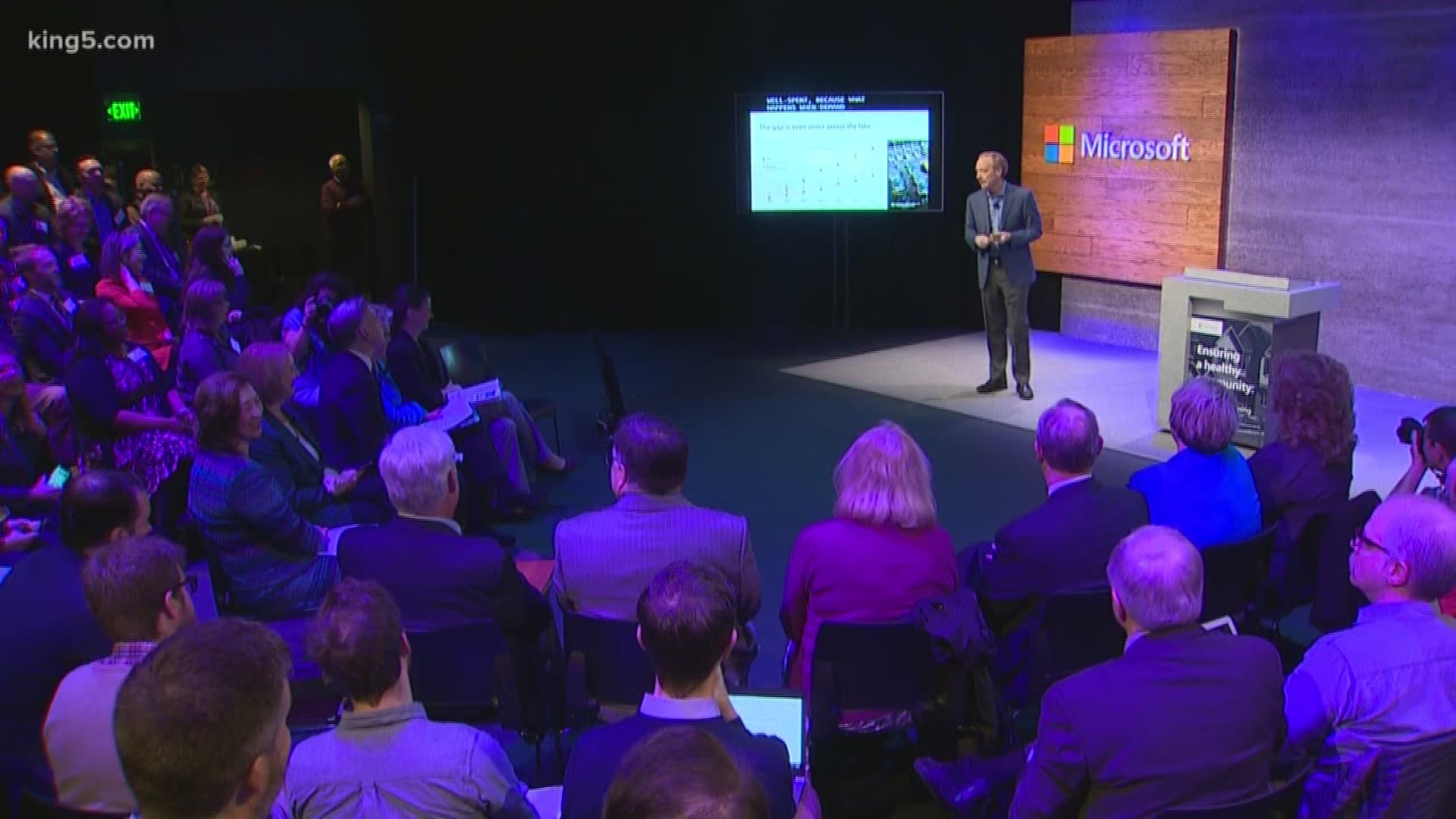 Microsoft’s $500 million investment in Seattle area affordable housing is an eye-popping number, by officials say it will take much more to solve the housing affordability crisis.

“This kind of investment puts a down payment on that, but it doesn’t bring us close to the total need,” said King County Councilmember Claudia Balducci.

The Microsoft investment includes $225 million that will be loaned at below-market interest rates to build and preserve affordable housing in Bellevue, Kirkland, Redmond, Issaquah, Renton, and Sammamish, $250 million for market-rate return loans for affordable housing construction across King County, and a $25 million donation to homeless services.

The company didn’t specify how many affordable housing units the investment would help fund.

However, Seattle alone has spent about $710 million over the last two years on more affordable housing, according to Seattle Mayor Jenny Durkan.

“I hope it catalyzes a lot more effort by others,” she said.