In other states, it's been a scramble to redesign voting systems and change voting behavior. 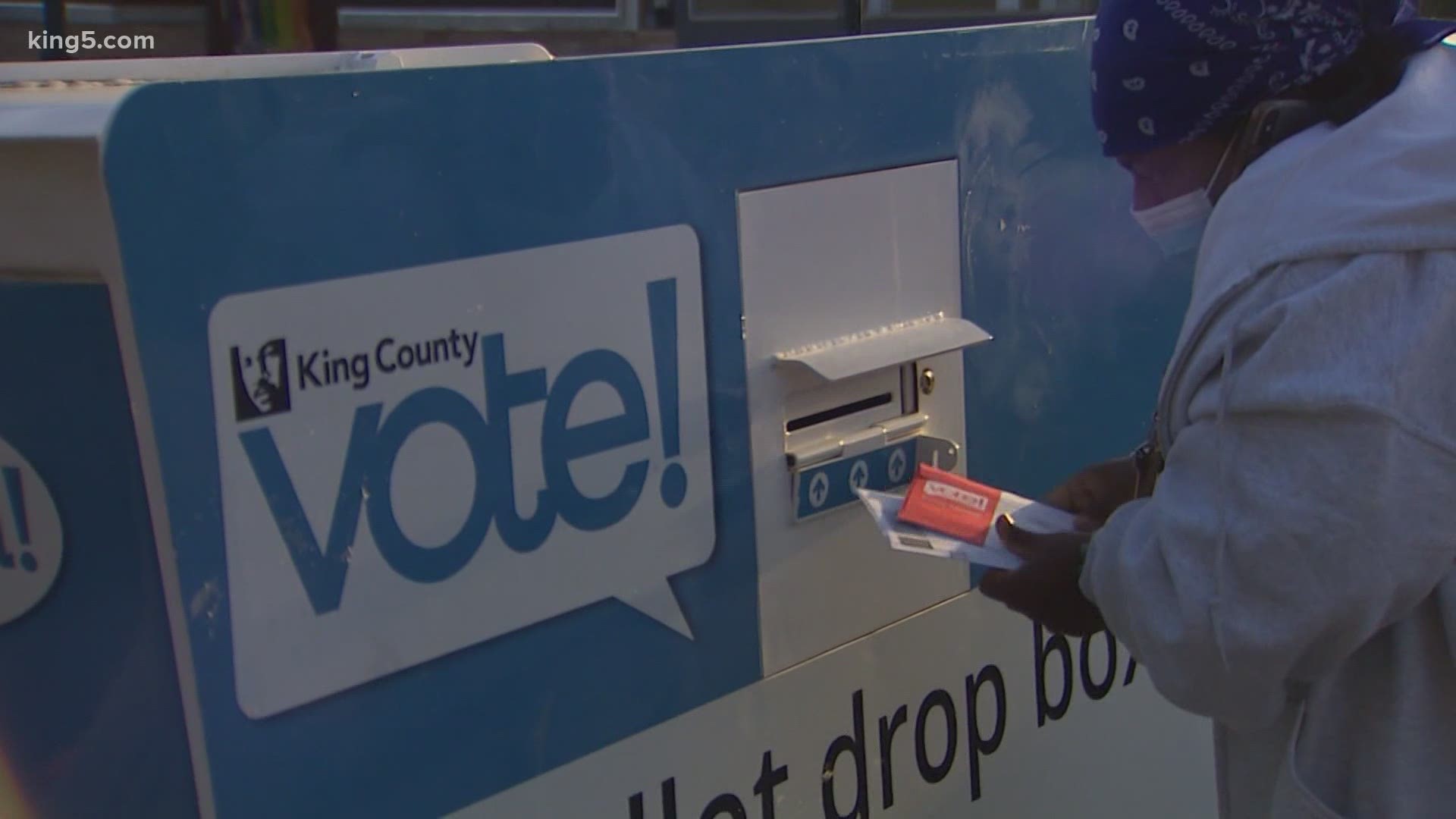 SEATTLE — The final days of campaign season come just as coronavirus infection rates rise, something that likely wouldn't have a big impact on results in Washington state with voters using an established mail-in system.

In other states, it's been a scramble to redesign voting systems and change voting behavior.

RELATED: It could take days or weeks to finalize elections results in Washington state

As ballot return boxes in Washington fill at a record pace, other parts of the country are adapting to changes in their elections.

It's something University of Washington associate political science professor James Long says Washingtonians may not understand.

“It’s in our voting blood, but not for other states,” Long explained.

Long hosts the podcast “Neither Free Nor Fair?” where he talks about issues surrounding elections security and democracy. He says the COVID-19 factor provides several unknowns, especially in some key states in this election.

“I think we were hoping a couple of months ago that if people wanted to vote in person, COVID would be more under control,” Long said.

Several states expanded vote-by-mail options but for voters who planned to still vote in-person, recent news about the virus might impact turnout.

“Normally, we think of older voters as being most reliably to turn out and obviously older voters are the most vulnerable to COVID, and so I think that could work in hard to predict ways in this election,” he explained.

Long believes Florida is a good example of this.

“Florida has a lot of older voters and those older voters have been key to Republican victories in that state lately, but Biden is winning among older voters now more than any recent democrat has because of COVID,” he said.

Long said some Election Day voters might decide Tuesday it’s not worth the risk.

In states like Washington, ballots are processed as they come in and when the polls close Election night you get a good look at some of the numbers. Some states will not process the ballots until the polls close Tuesday and some of those results could take a while.

Long says it will be interesting to see if all of the talk about early voting will discourage people.

"We've seen such massive turnout in early voting and mail-in voting. I do wonder on Tuesday are we still going to see such a high level of engagement or are people going to think by that point how much of a difference does my one vote make?”

RELATED: Over 93 million people have already voted in 2020 election