The settlement comes after a net-pen near Cypress Island collapsed in 2017, allowing more than 260,000 nonnative Atlantic salmon to escape into Puget Sound. 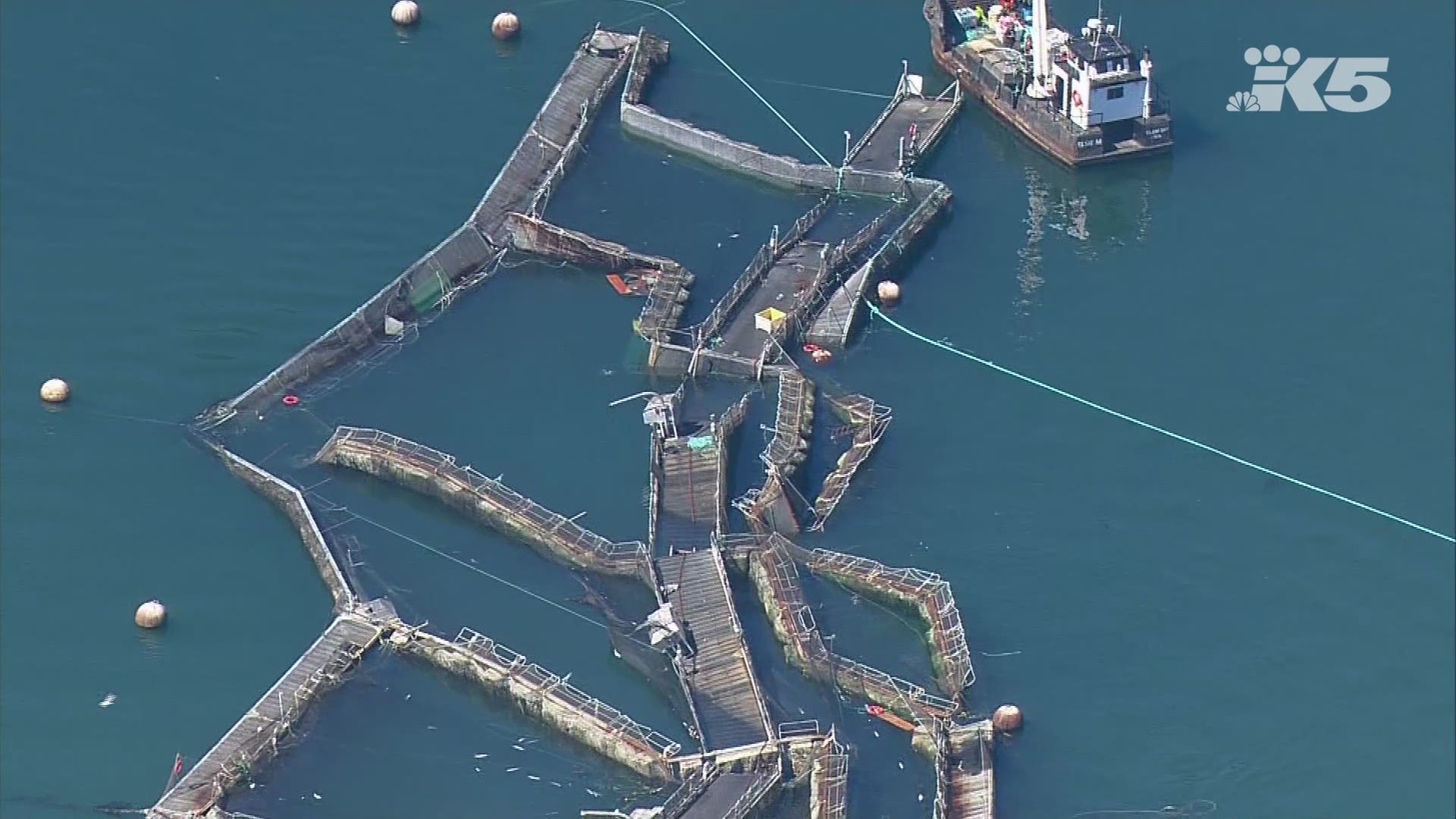 SEATTLE — Fish-farming company Cooke Aquaculture has agreed to pay $2.75 million to settle a Clean Water Act lawsuit following the collapse of one of its net-pens in 2017.

The Seattle Times reports that the settlement with the nonprofit Wild Fish Conservancy still needs the approval of a federal judge, but the money would pay for legal fees as well as Puget Sound restoration projects.

The nonprofit sued the company after a net-pen near Cypress Island collapsed, allowing more than 260,000 nonnative Atlantic salmon to escape.

Fears that they would survive and spread into Washington waters, posing a threat to native salmon, did not materialize, but the Legislature passed a law phasing out the farming of Atlantic salmon in the state by 2025.

More than $1 million of the settlement money would go to the Rose Foundation for Communities and the Environment, an Oakland, California-based nonprofit, for projects to improve Puget Sound water quality and aquatic habitat.