The YMCA is calling for action, claiming "intense and traumatic police force" was used at the Kirkland Teen Union Building. 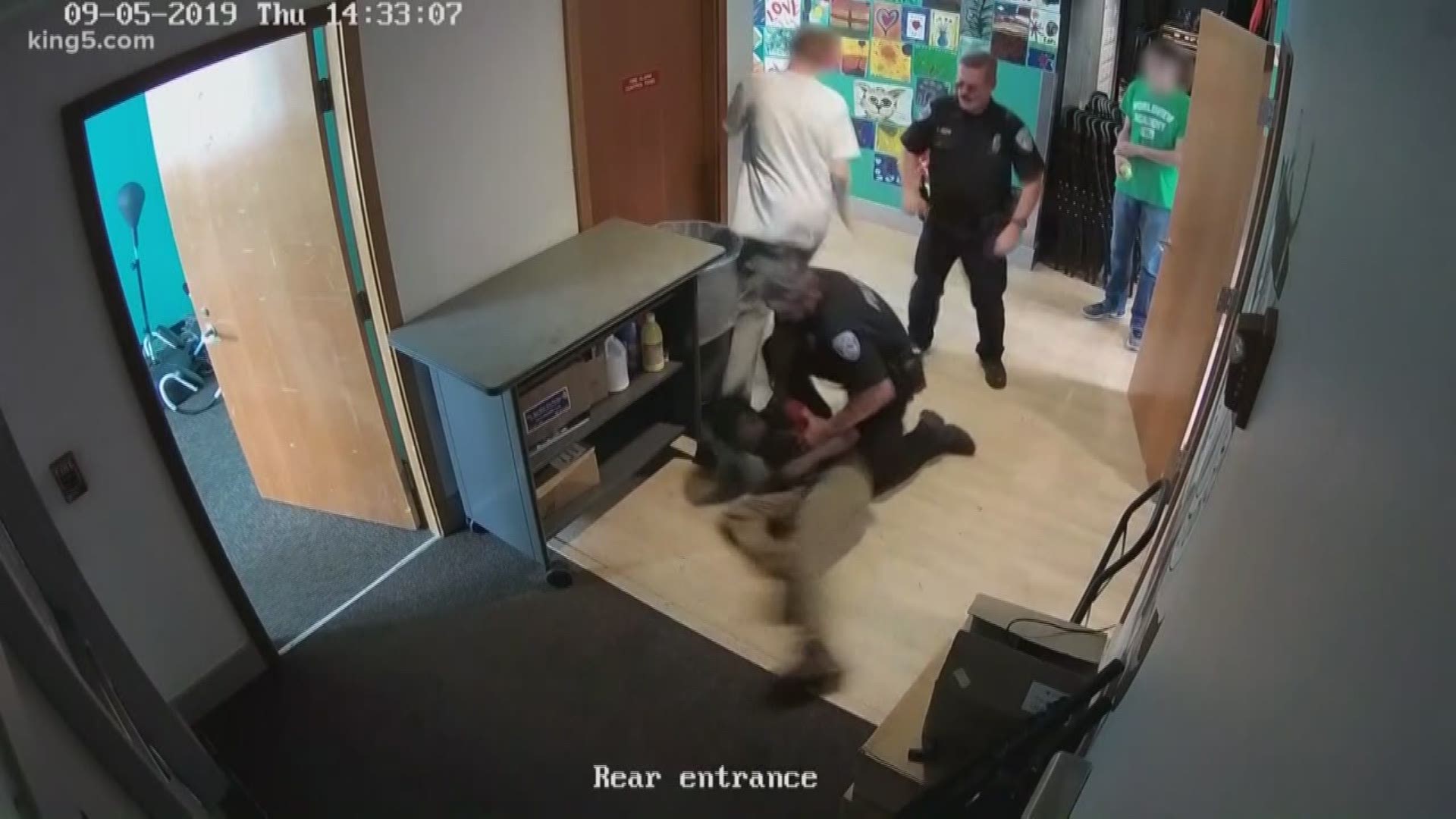 KIRKLAND, Wash. — The YMCA in Kirkland is raising concerns about the arrest of a 14-year-old, claiming police interacted with a dozen people during a Sept. 5 incident, but were only aggressive with three African American teens.

"The police officer did put his knee in the youth's back and also pushed the youth's face into the ground," said Josh Sutton, with the YMCA. "The police officer used the f-word a lot, including around teens and then pulled a taser and pointed it at a teen on his way out the door. We find all of that to be unacceptable."

According to the city, during the arrest, the 14-year-old boy attempted to pull away from the officer and was taken to the ground.

A city spokesperson said based on what happened that day, it appears police were justified in responding to arrest the suspect.

The YMCA brought their complaints to city hall, but claim those complaints haven't been answered in a timely manner. Because of that, they released their surveillance video on Wednesday.

Kellie Stickney, a spokesperson for the city of Kirkland, said obtaining the surveillance video and reviewing the incident delayed the investigation process.

The YMCA did not turn the video over until Oct.29, according to Stickney.

On Wednesday, the city of Kirkland released all of the videos they have of the event along with four 911 calls.

"Four calls come in to 911, one having to do with a package theft where the young man’s image is actually caught from the video doorbell, the others having to do with the theft from a local business and a theft from private property. So there is a number of calls throughout the day involving the same young man and group of young men that lead the officers to go to KTUB," Stickney said.

Stickney said the facts of this case are still being investigated, but Sutton has already decided, calling what happened "unacceptable."

"It doesn't warrant throwing a 14-year-old to the ground if it is about a tip jar and maybe some petty thefts. It didn't make sense to us," Sutton said.

The officer does admit to using a swear word, which is not something that is condoned by Kirkland police. The city said that matter will be dealt with.

Stickney said the officer is not on administrative leave because nothing in the initial review of the facts indicated that he should be placed on leave.