The Northwest Carpenter's Union rejected a fourth offer to increase wages and now construction workers are on strike. 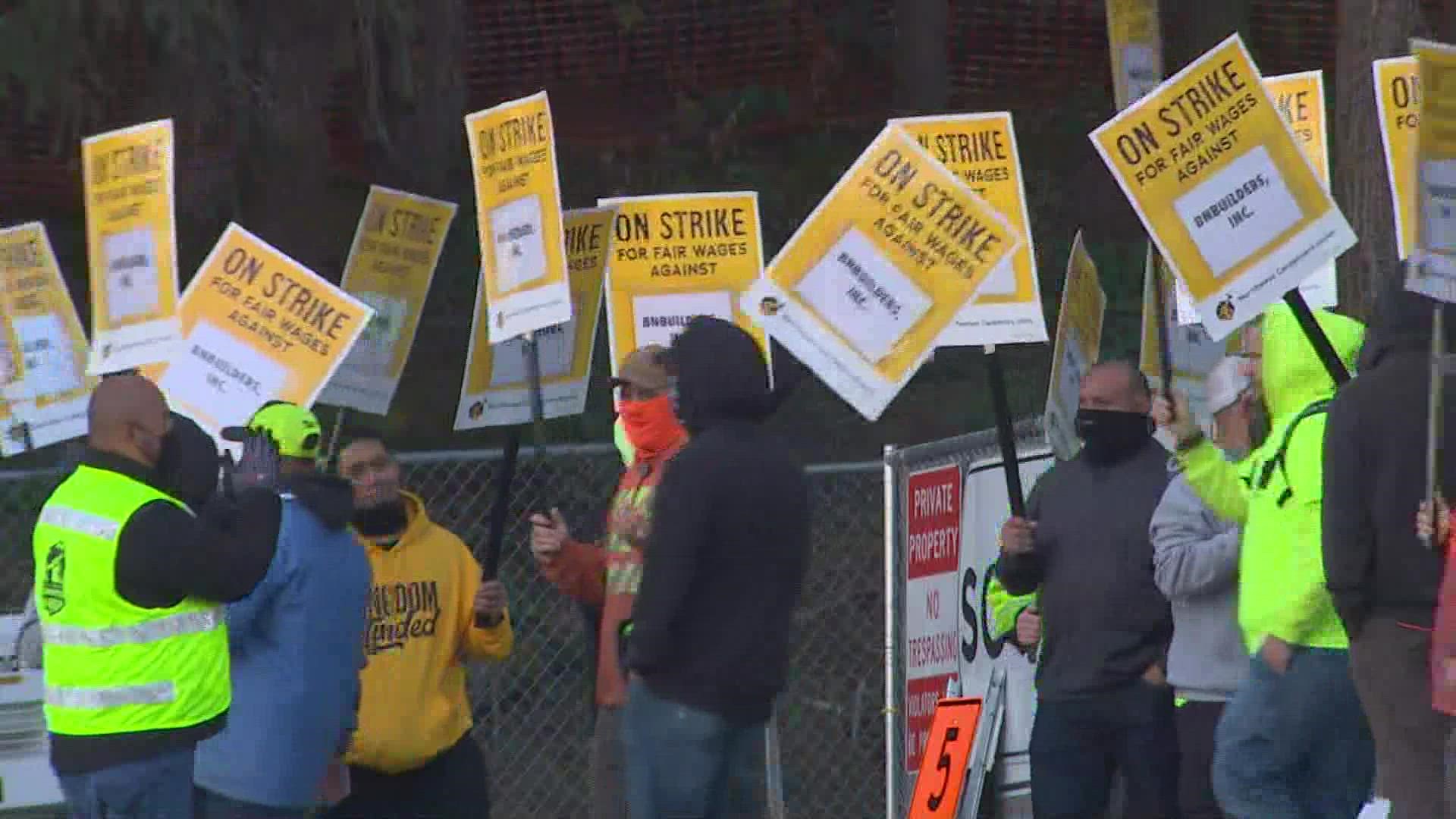 SEATTLE — Members of the Northwest Carpenter’s Union, which represents more than 28,000 construction workers and craftspeople across the region, began a strike Thursday after the union rejected proposed wage increases from the Associated General Contractors (AGC), a national group representing contractors.

It was the fourth time the union rejected the AGC’s offer. The latest iteration would have given more than 20% wage and benefits increases over four years, increased employer contributions to health care and pensions, and provide stronger harassment and discrimination protections, among other things.

The strike, while not affecting projects that involve taxpayer dollars like Climate Pledge Arena or Sound Transit developments, could delay project sites in Redmond, Bellevue and Sammamish.

For instance, the Microsoft Corporate Campus in Redmond is undergoing refurbishments that include the replacement of 12 older office buildings with 17 new buildings spaced into five different villages. The project, which isn’t scheduled to be complete for at least another two years, could be delayed significantly.

Another project in Seattle’s First Hill neighborhood could also be affected. Plymouth Housing’s Madison/Boylston affordable housing highrise project, the first of its kind in the city in over 50 years, could be delayed.

The building is set to add 350 affordable housing units and is expected to open next year.

“Our members have been divided over this historic agreement, and we do not take going on strike lightly. We must come together and build an agreement that will unite our membership,” said Evelyn Shapiro, the executive secretary-treasurer with the carpenters union.

On Thursday, workers with the union planned to picket in Bellevue, Fife, Seattle and Redmond.

Those union members working at sites exempt from the strike are required to give two hours of pay to help support those picketing. 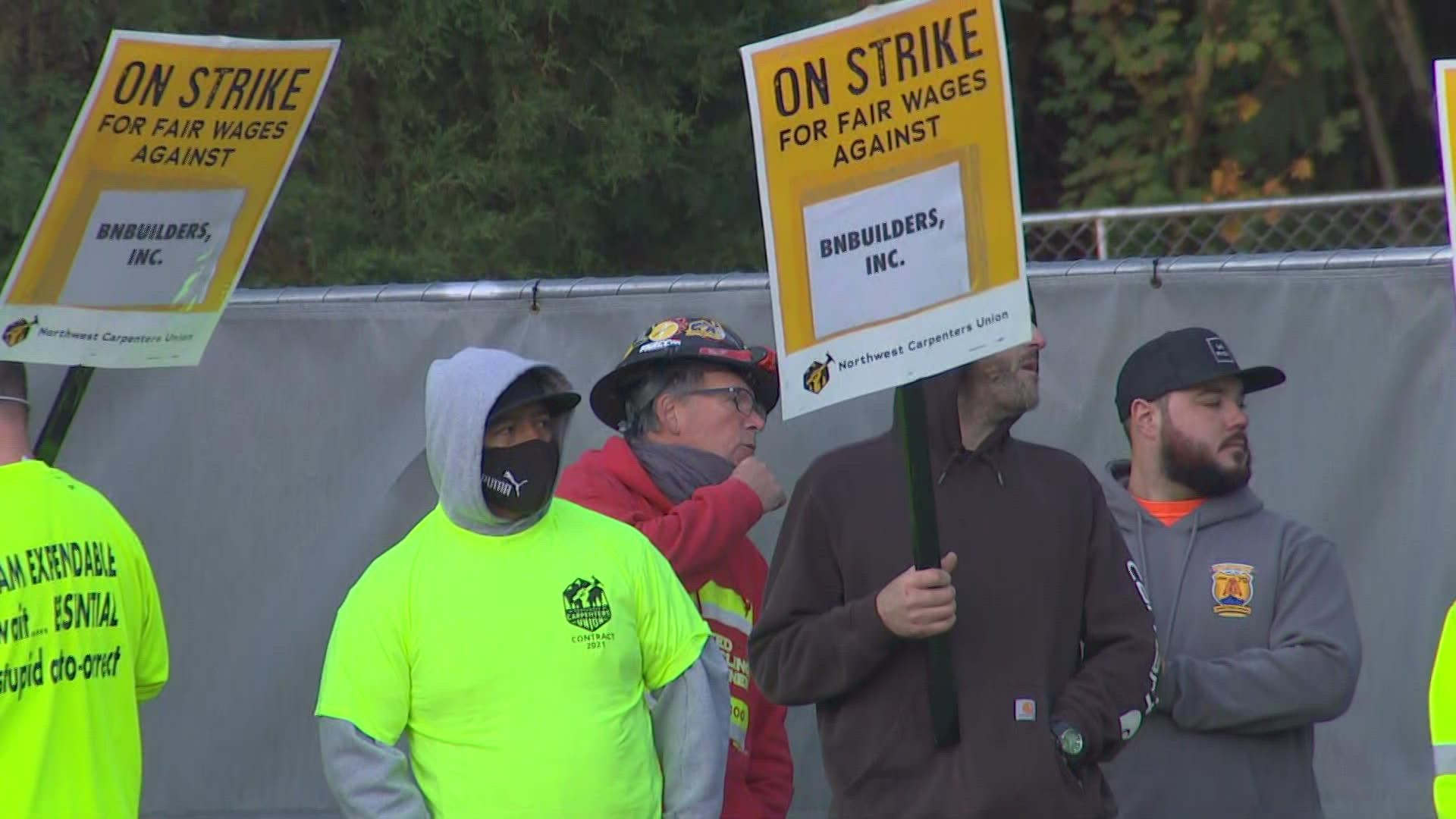