The man fell about 30-40 feet from a column for the eastside extension to light rail. 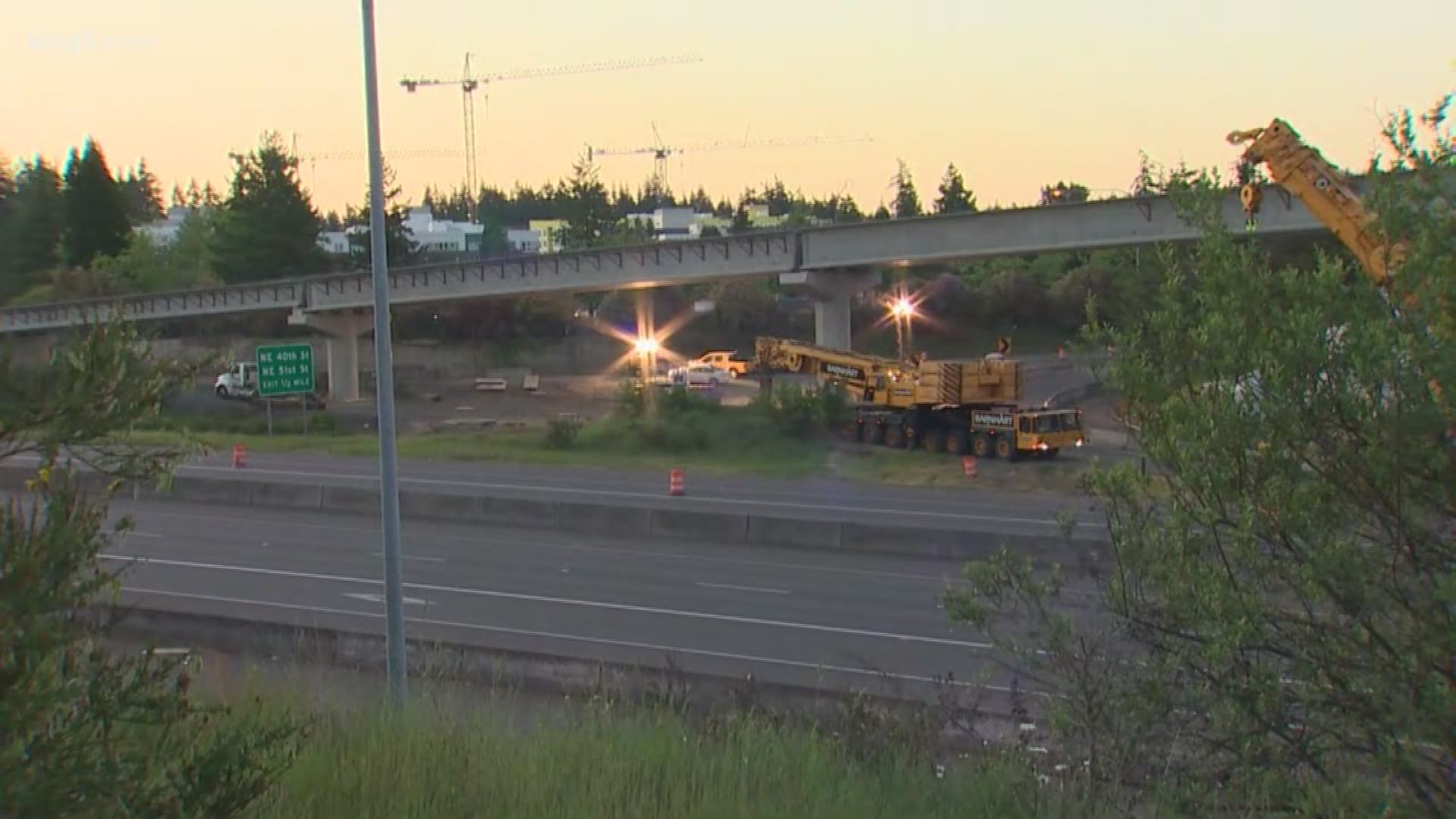 The construction company involved in a fatal fall Tuesday morning was previously cited for other safety issues, according to the state Department of Labor and Industries.

The fall happened during girder placement on the light rail extension at State Route 520 and 148th Street in Redmond. Washington State Patrol responded to the scene around 3 a.m. Emergency responders performed CPR and rushed the worker to Harborview Medical Center where he was pronounced dead.

Sound Transit said that workers have been out placing girders the past few days. The man fell about 30-40 feet from one of the columns at the site. Cunningham was not able to say what task the foreman was performing prior to the fall.

This is not Kiewit's first run-in with the state Department of Labor and Industries. The company was fined $14,400 in 2015 after another employee fell and was killed. Joe Arrants, of Burien, fell 60 feet to his death while working on the 520 floating bridge. He was a senior foreman and was married with two young children.

Kiewit was not partnered with Hoffman on the bridge project. It was assessed five "serious" violations by investigators.

"The employer did not ensure that the appropriate fall protection system was implemented," according to the form supplied by the Dept. of Labor and Industries. L&I also found some fall protection systems weren't properly inspected, a lifesaving skiff was not available if someone fell in the water, and that hand tools were in sub-par conditions.

Penalty money from the citation was paid into a fund for families of workers who have died on the job.

The joint partnership including Kiewit was also cited by federal Occupational Safety and Health Administration regulators while working on the 520 floating bridge project, records provided by the agency show.

"We are deeply saddened by this incident and extend our sincerest condolences, thoughts and prayers to the employee’s family and friends during this very difficult time," he wrote. "Nothing is more important than the safety of our employees and the public near and around our project. We are working closely with Sound Transit, state and local authorities, and other key parties at the project site to investigate and address the incident."

He said the inspectors will focus on the circumstances of the fall, including whether any violations occurred. They are also able to look at the company outside the direct scope of the incident, he said.

"Everything is on the table," Ameduri said.

He was not immediately able to say what fall protection requirements would be relevant or what was in place, but that some protection would be required in this situation.

He added investigators are waiting to interview witnesses since the night shift had already gone home when they arrived.

Sound Transit said it would assist in the investigation.

“As a capital construction agency, today is the day we dread and constantly work to prevent," said Sound Transit CEO Peter Rogoff in a statement. "While we are an agency of several hundred direct employees, on any given day there are hundreds of additional people working to construct, maintain and operate our service to the public. Today, we have tragically lost a member of our wider family. Our hearts are with the loved ones of the victim and all of our East Link crews and employees.

"We at Sound Transit will be doing everything we can to support those affected by this incident and the agencies participating in the investigation," Rogoff added. "Safety is the number one priority on our construction sites, and we will be working to identify any necessary response actions. The contractor has stopped work on the site while this incident is investigated.”

This is the second fatality for Sound Transit's light rail program. The first occurred in 2007 during construction of the original line on the Beacon Hill tunnel.

L&I says there were about 12,000 claims for fall-related construction injuries between 2007 and 2016, though the rate decreased year to year.