The Washington State Department of Labor and Industries said it's the most work-hour violations involving minors the state has ever uncovered. 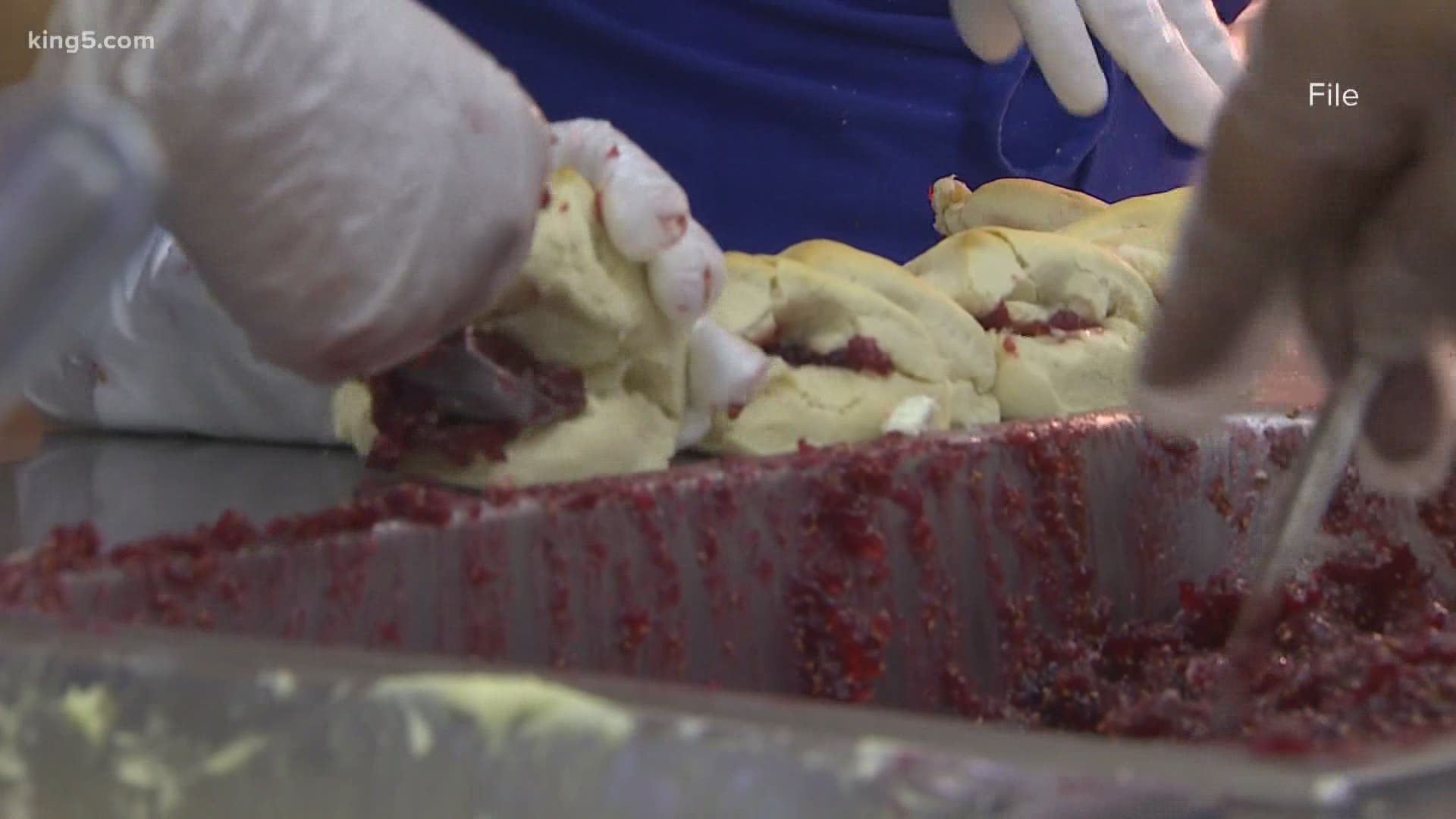 TUMWATER, Wash. — The maker of Fisher Scones, which have been a favorite at the Washington State Fair for years, has been cited for over 1,500 instances of overworking teenagers.

The state Department of Labor and Industries (L&I) said Wednesday it's the most work-hour violations involving minors the state has ever uncovered.

State investigators found Woodinville-based Conifer Specialties was responsible for 1,560 instances of teens working more hours than allowed by state law, involving 78 teens between 14 and 15 years old and 139 teens between 16 and 17.

Of the 1,560 instances the investigation uncovered, 426 were violations of teens working during school hours.

The investigation started after a report of a teen getting injured while using a commercial-grade mixer, L&I said.

"Child labor laws exist to strike a balance between providing a meaningful work experience for young people and keeping them safe on the job," said Josie Bryan, Youth Employment Specialist for L&I. "The goal is to ensure a youth’s health, well-being, and educational opportunities."

L&I said there were also more than 100 instances of teens missing meal breaks.

"It is imperative for employers to understand that it is against the law for a teen to work during school hours, even in these times with remote learning," said Bryan.

Mike Maher, the president and CEO of Fisher Scones, issued a statement to KING 5 Thursday evening that said:

"We deeply regret the findings of The Washington State Dept. of Labor and Industries with regard to minors who were hired as temporary employees for state and county festivals.

These unintentional infractions occurred during the fair and festivals season in 2018 and 2019 and we were made aware of them in Fall 2019. We moved quickly to address the matter, investing in new systems and training to ensure Conifer Foods and our subsidiary, Fisher Scones, are in full compliance with all state and federal employment requirements. That has included transitioning from paper to biometric timecards for employees at our Fair Scones locations and food trucks, implementing digital consent forms that require the signatures of parents, teachers and students, and conducting additional training for on-site supervisors. Moreover, we have made the decision not to employ temporary workers under the age of 17.

As a locally based business since 1905, we take very seriously our role as both employer and active member of the community. We are proud of Fisher Scone's legacy of employing local residents at our beloved fairs and festivals."