According to the Pew Research Center, Latinos constitute 18-percent of the U.S. population and the diversity of the Latino population in itself is incredibly varied. 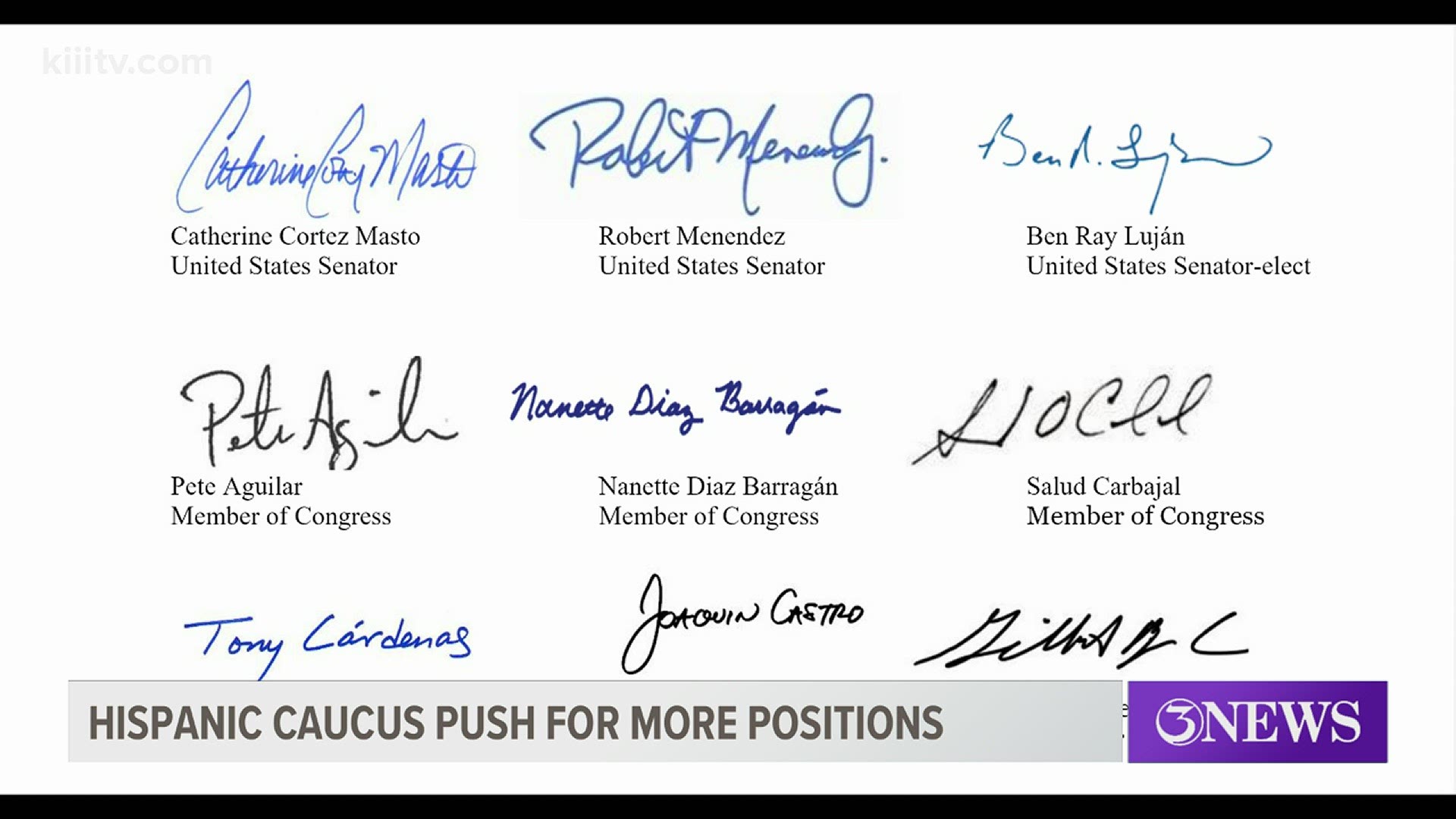 CORPUS CHRISTI, Texas — Members of the Congressional Hispanic Caucus wrote a letter to President-elect Joe Biden in the hopes that he would name more Hispanics to fill out his cabinet positions.

In this letter, the Hispanic Caucus praised the President-elect for nominating Alejandro Mayorkas as the next Secretary of Homeland Security, but they also pointed out that Hispanics are the largest minority group in the country. The letter states that the group backs New Mexico Governor Michelle Lujan Grisham as Secretary of the Department of Health and Human Services.

"Those of us in the Hispanic Caucus are hopeful that President-elect Biden will appoint Governor Michelle Lujan Grisham, who served with me in Congress, as Secretary of the Department of Health and Human Services, and Attorney General Javier Becerra from California as the next Attorney General," Congressman Filemon Vela said.

For the latest updates on coronavirus in the Coastal Bend, click here.

More from 3News on KIIITV.com: