Company of dump truck that lost control in Seattle's Pioneer Square had past violations, records show

Three vehicles from Barrett Services have been pulled off the road for violations in the past two years. 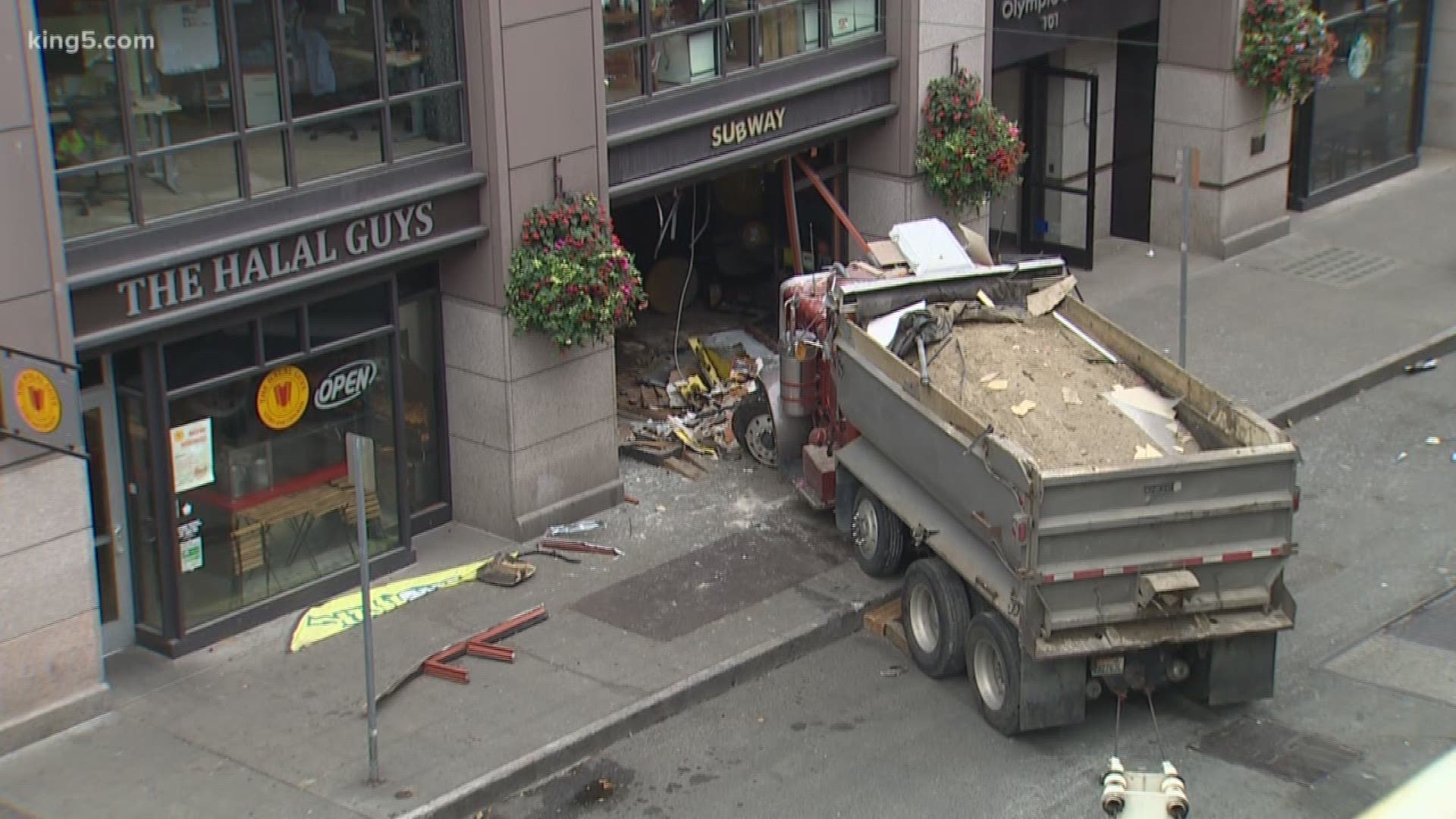 SEATTLE — As the investigation continues into a dump truck crash that injured five people in Seattle's Pioneer Square, federal records are revealing more about the trucking company involved.

The dump truck lost control Monday morning on the James Street hill above 2nd Ave. It went careening downhill, striking a pedestrian and several cars before crashing through the front of a Subway restaurant.

“I heard somebody keep trying to push their brakes, what sounded like it, and the sound was at least 2-3 blocks up,” he said.

“I was wondering if the brakes, if they keep up on their brakes,” he said. “That’s the thing – because it shouldn’t have happened.”

Seattle police said Monday the tentative cause of the crash was ‘catastrophic mechanical failure.’

The truck, registered to Barrett Services of Mill Creek, will now be examined by investigators. Seattle police said Tuesday it could be weeks or even months before investigators come up with a final determination. 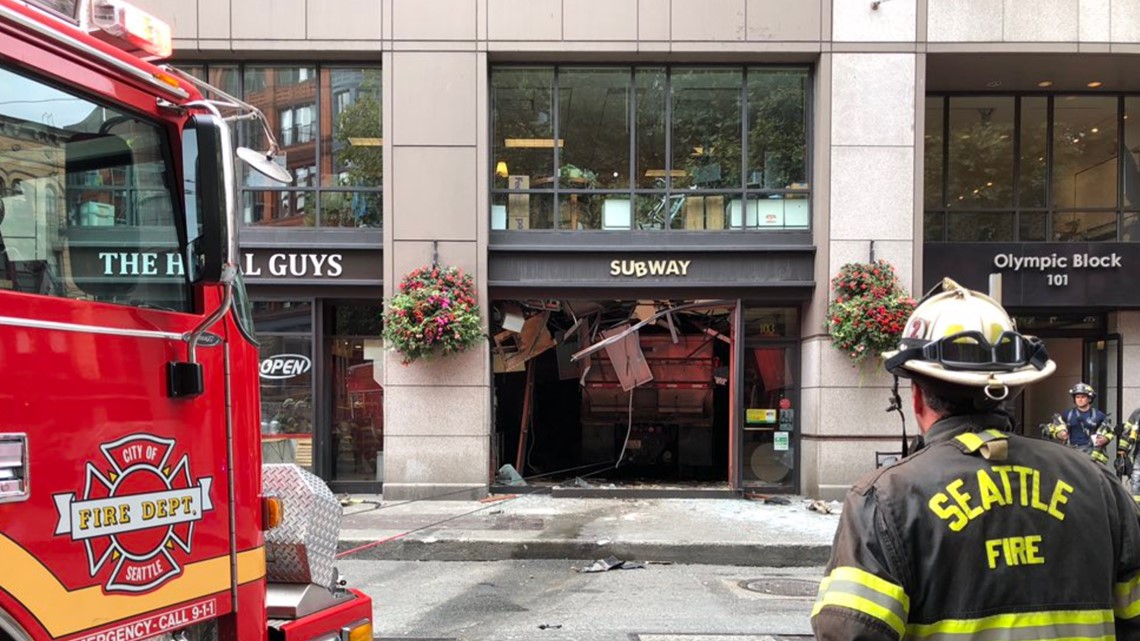 'It was chaos': Careening dump truck injured 5 in Seattle's Pioneer Square
A woman hit by an out-of-control dump truck remains hospitalized at Seattle's Harborview Medical Center. Three men were also treated for injuries, but have since been discharged from Harborview. A dump truck lost control Monday morning and struck a pedestrian and several vehicles before crashing into a Subway restaurant around 9:40 a.m.

Records from the U.S. Department of Transportation show in the past two years, vehicles from Barrett Services have been inspected four times. In three of those instances, inspectors found violations serious enough to pull the vehicles out of service. The DOT lists violations including brake system pressure loss, axle positioning parts defective/missing, and brake hose or tubing chafing and/or kinking on one vehicle across two inspections in 2017. Air suspension pressure loss pulled another vehicle out of service in 2018.

Neither of these vehicles matches the plate from the crashed truck in Pioneer Square.

Because of these incidents, the DOT lists an out-of-service percentage for the company at 75%. The same page cites a national average of 20.72% for reference, based on 2009-2010 data.

The Washington State Patrol noted that smaller companies can skew higher with their percentage of out-of-service, because of the number of trucks they operate.

DOT also lists 12 driver inspections for Barrett Services in the same period, two of which led to drivers being pulled out of service. Barrett Services, which is listed as active with the USDOT, has six registered vehicles and six drivers.

Jim Johanson, an attorney speaking on behalf of Barrett Services, said he couldn’t comment on the safety record, and was still working to gather more information. He’s been hired to represent both Barrett Services, and the unnamed female employee who was driving.

“Until we know more, there really isn’t a lot to say,” he told KING 5.

He noted – and police confirm – that the driver was not impaired, and has not been arrested.

Chris Loftis, of Washington State Patrol, said trucking companies are required to self-inspect vehicles once a year. They are also subject to random inspections by troopers and commercial vehicle enforcement officers.

WSP conducted 104,000 of those last year, he said, and took 26% of the vehicles off the road until issues were resolved.

“Commercial vehicles are some of the largest out there, so we’re always looking at them monitoring and inspecting them,” he said.

He noted drivers are also required to do pre- and post-trip inspections daily. He was not able to speak about Barrett Services specifically.

“I can’t discuss the specifics of the investigation, however, any safety violation is a serious violation when you’re talking about a vehicle of some 30,000 pounds travelling down the road,” he said. “So we look at everything and obviously brake systems are a primary and crucial system.” 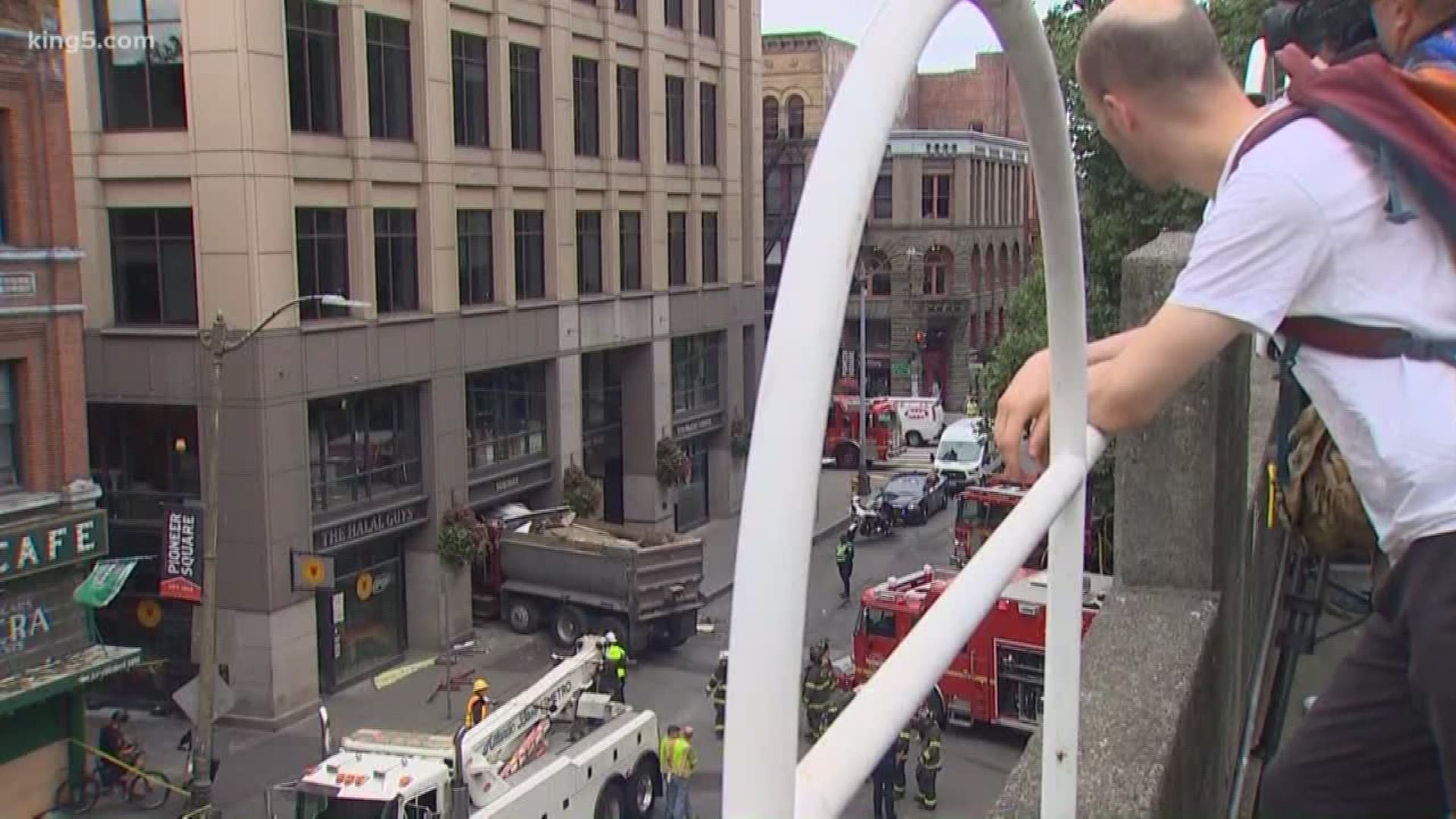 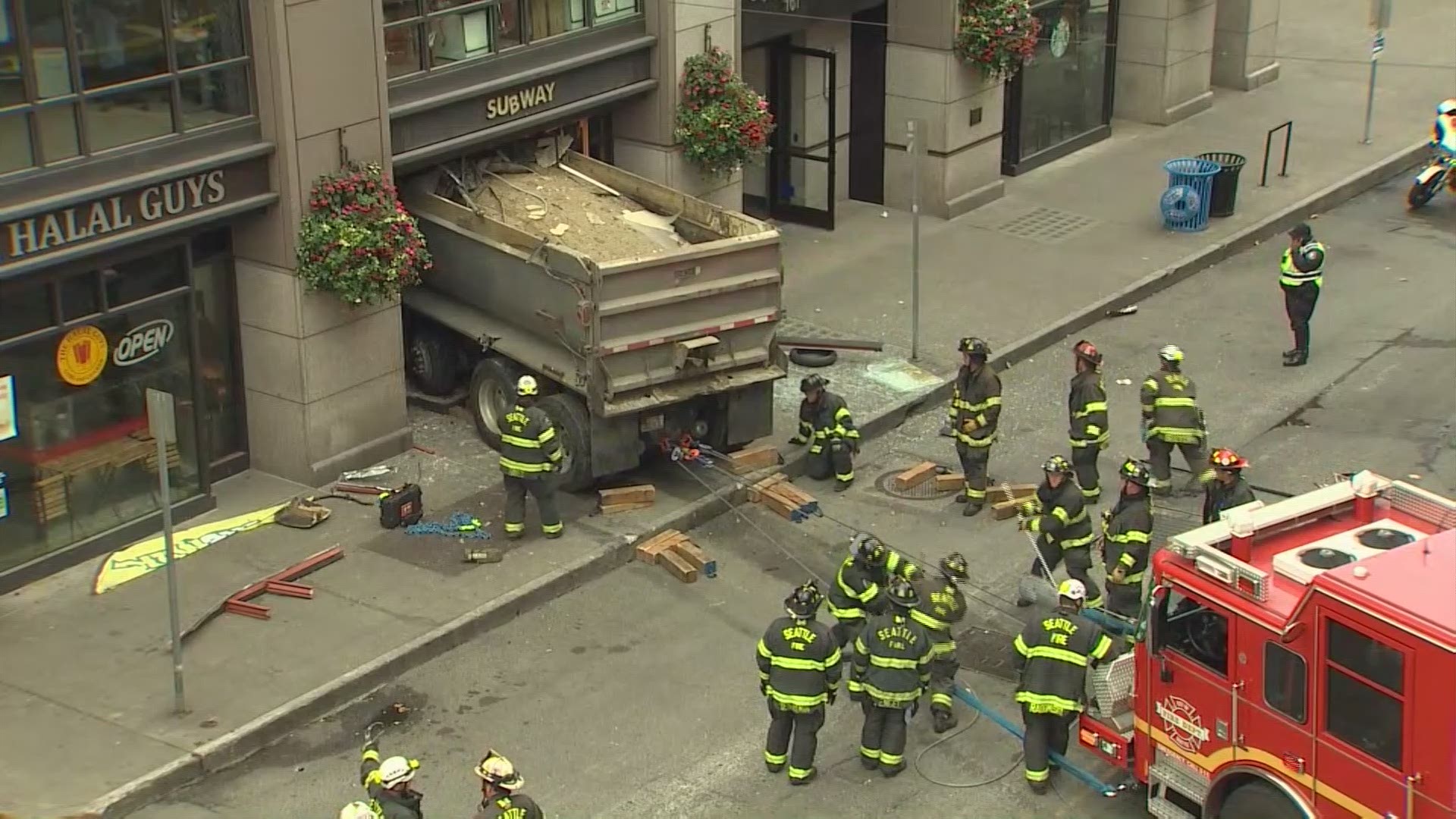