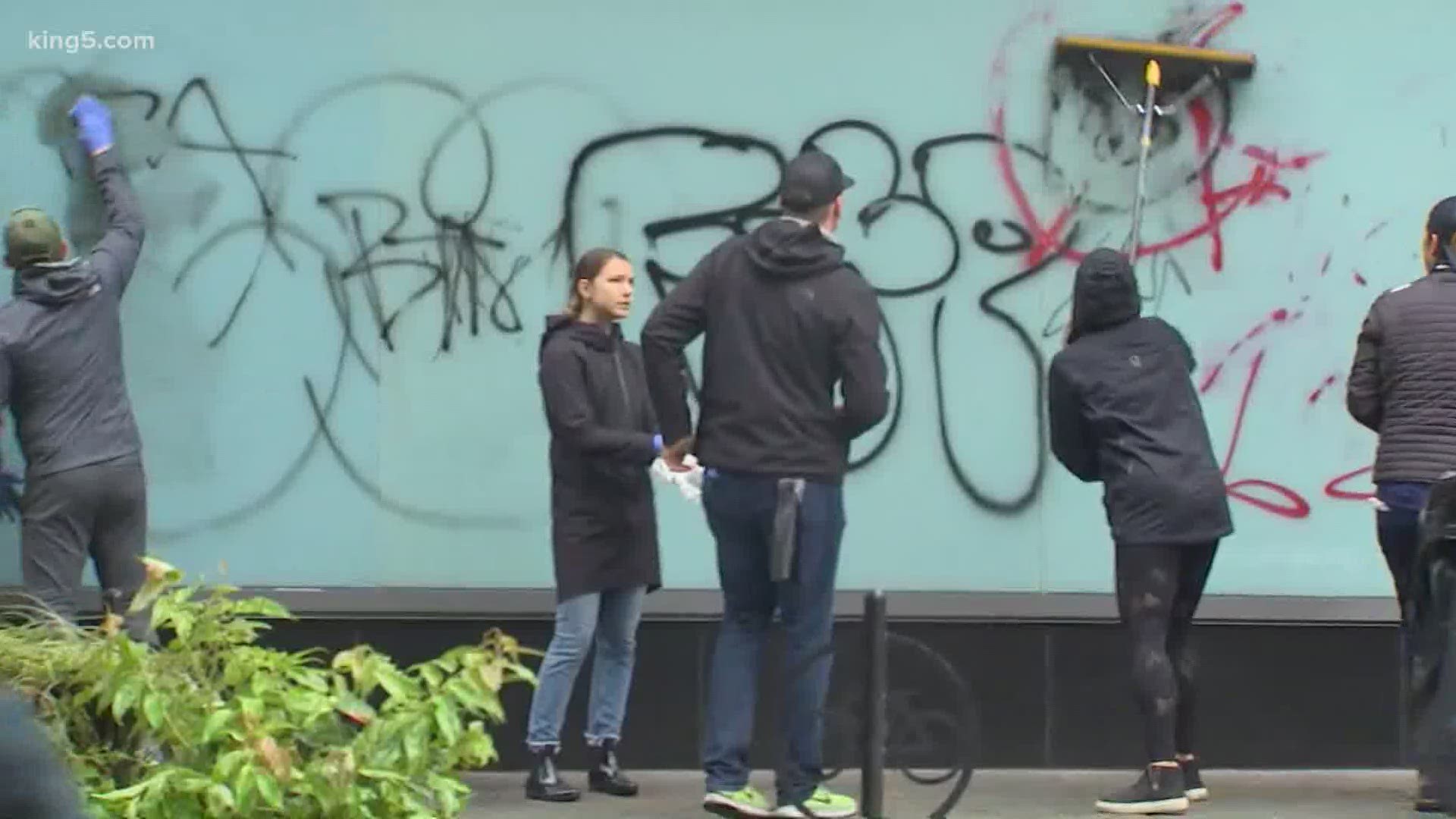 SEATTLE — At least 55 people were arrested after protests in downtown Seattle turned violent Saturday. Thousands of people had gathered peacefully in the rain earlier in the day to protest the killing of George Floyd in Minneapolis.

But what started as a peaceful protest took a turn and became “violent and destructive around 2:40 p.m.,” Seattle police said. Several cars were set on fire, including police and transit vehicles and dozens of downtown businesses were tagged with graffiti, damaged or looted, including Nordstrom, Target, Old Navy, and T-Mobile.

Police at times deployed flash bangs to disperse crowds and pepper-sprayed demonstrators who got close to police lines. Although many dispersed, dozens remained downtown setting fires and breaking into retail stores after Seattle Mayor Jenny Durkan issued a 5 p.m. curfew.

RELATED: Violent protests and looting in Seattle lead to injuries, at least 27 arrests

But as the sun began to rise in downtown Seattle, another sight was seen: community members turning out to help clean up the streets and secure and board up businesses.

Seattle Police Department Chief Carmen Best and Mayor Jenny Durkan were both downtown by 9 a.m. surveying the damage and speaking to volunteers helping clean the streets.

Mayor Durkan said that Saturday was a “tough day for our city,” but said she loved seeing people coming downtown to help clean up and move forward. 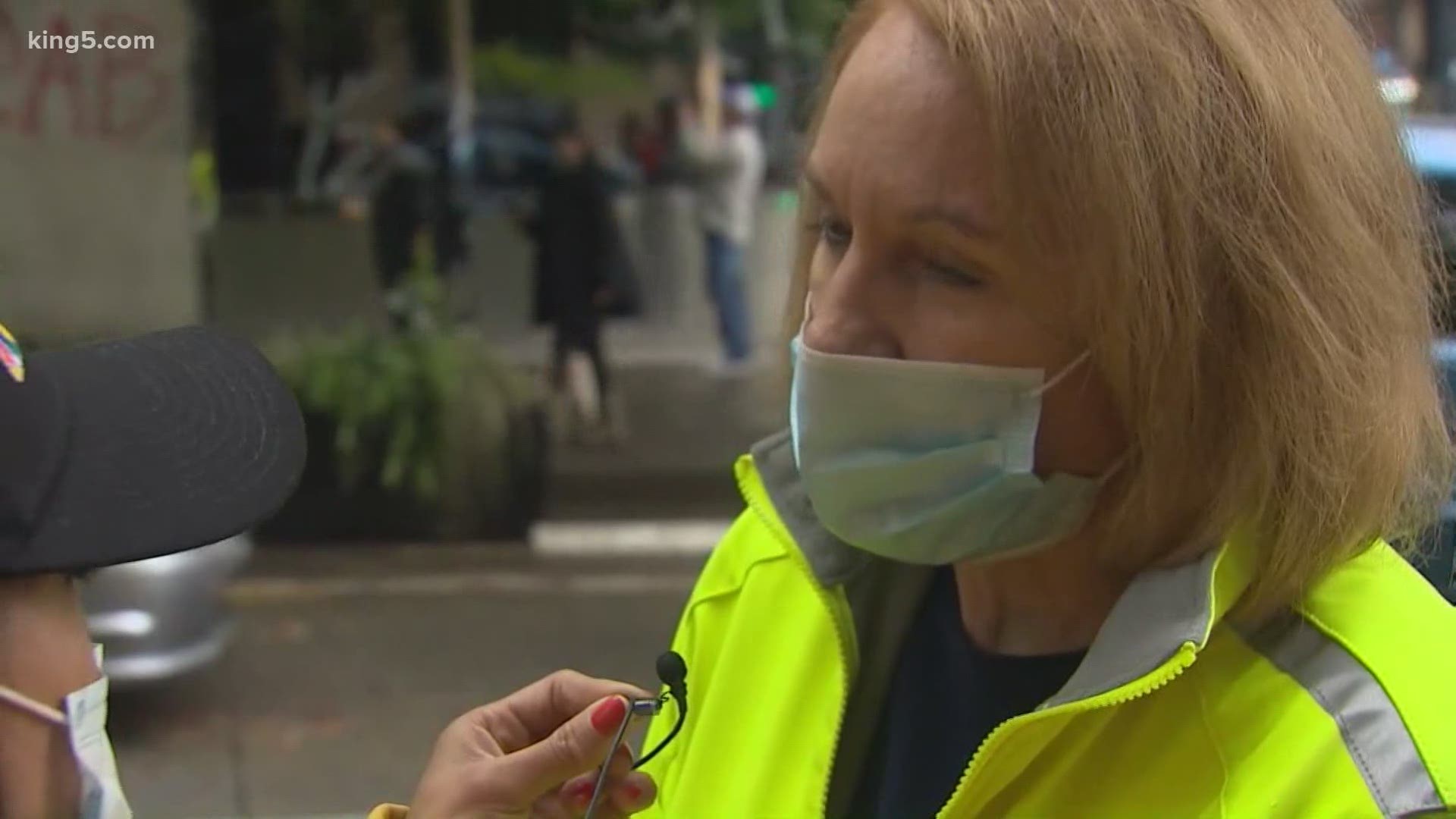 “We can’t let the violence and the destruction that happened override the message of Mr. Floyd’s death. People were rightfully protesting, there was many peaceful protests, but obviously, it degenerated very quickly,” Mayor Durkan said. “What I love to see here is so many people coming downtown to help. To help clean up, to remove graffiti, to reclaim the city that they love. That’s the spirit we have to be about going forward, is people coming together and find a way to really acknowledge the challenges that we have, make them better, but still love our city.”

After seeing what happened Saturday, Brian O’Kelly said he drove in from Woodinville Sunday morning to help with the cleanup effort. 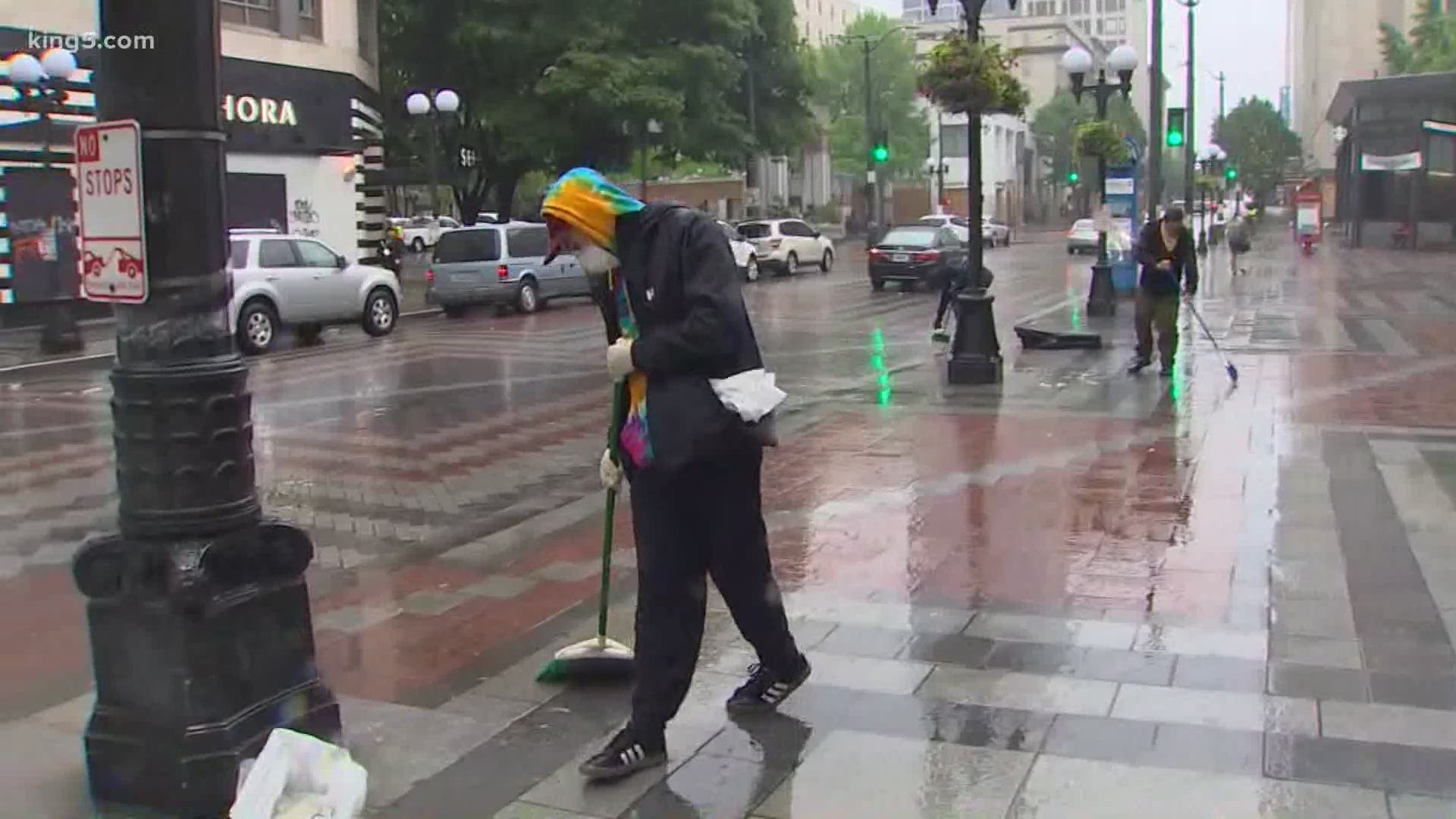 “We had another guy down here who said he’d been here all night scrapping graffiti off a window. It’s awesome. I was like, ‘is this your business?’ ‘No, I’m just here cause I can,’” said O’Kelly. “There is more of that than the people who were breaking stuff. You know, if you’re bent on breaking stuff, you can break a lot of stuff in a short amount of time. This doesn’t take a lot of people to do this. It’s going to take a lot of us to clean up the mess, though.” 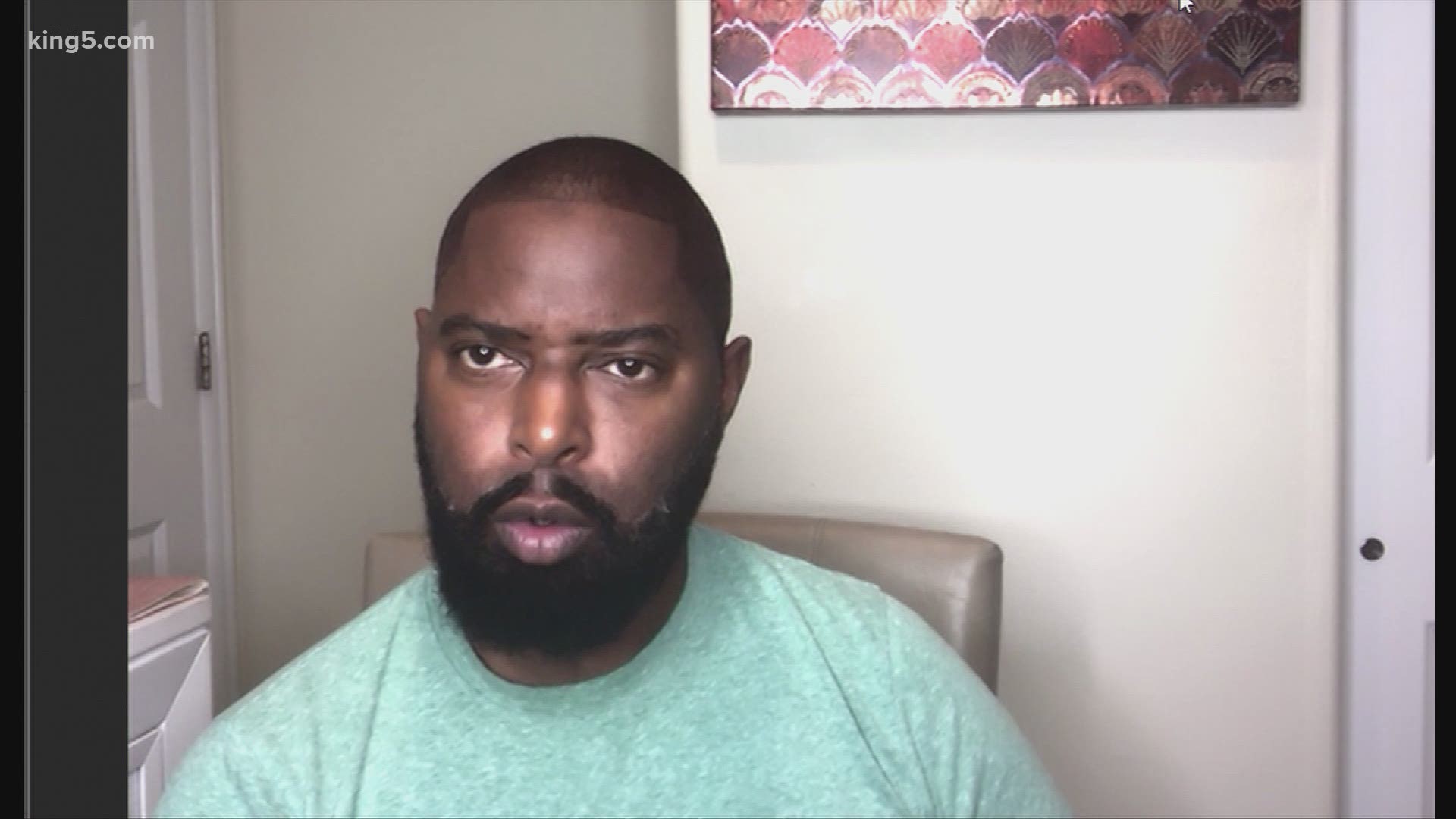