Over the past two-and-a-half years, the program has cut more than 10 percent of the 911 calls, freeing police and firefighters up for more urgent needs, while saving the city money. 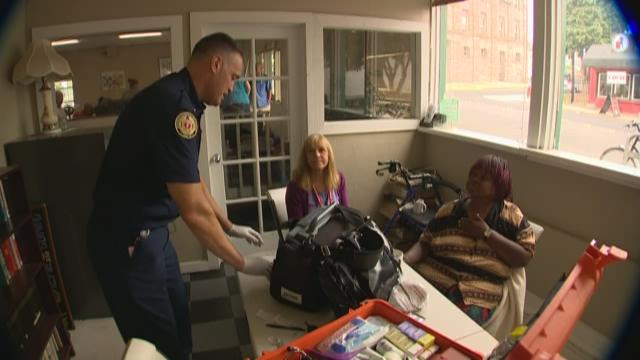 On Wednesday morning, Capt. Jeff Brubaker set off for another call to help one of Bellingham's homeless.

This time, though, he's the one who initiated the contact.

Brubaker is Bellingham's "community paramedic." He deals directly with people who make a lot of calls to 911 every year -- not all of them emergencies.

They are people like Sophia, homeless woman with a litany of health problems.

Brubaker met her at Bellingham's drop-in center for the homeless.

Sophia used to call 911 upwards of 20 times per year. The cost to taxpayers was staggering with ambulance rides and ER visits.

At the same time, social worker Laura Woods tries to find her housing.

"She has very few people in her corner," Brubaker said. "We're just about all she has."

Brubaker serves up to 50 clients at a time.

Over the past two-and-a-half years, Brubaker said his program has cut more than 10 percent of the 911 calls, freeing police and firefighters up for more urgent needs, while saving the city money.

Calculating exactly how much money it's saving the city is tricky, but Brubaker said the program eliminates about 1,000 unnecessary 911 calls per year. Each call typically costs approximately $1,000.

"Prevention is way easier than the alternative," he said. "It's easier and it's cheaper."

The community paramedic program will expand in coming years with a newly passed EMS levy.