The mayor of McCleary said the city received multiple complaints about the signs and said that it violated a code. 10-year-old Baum was kidnapped and killed in 2009. 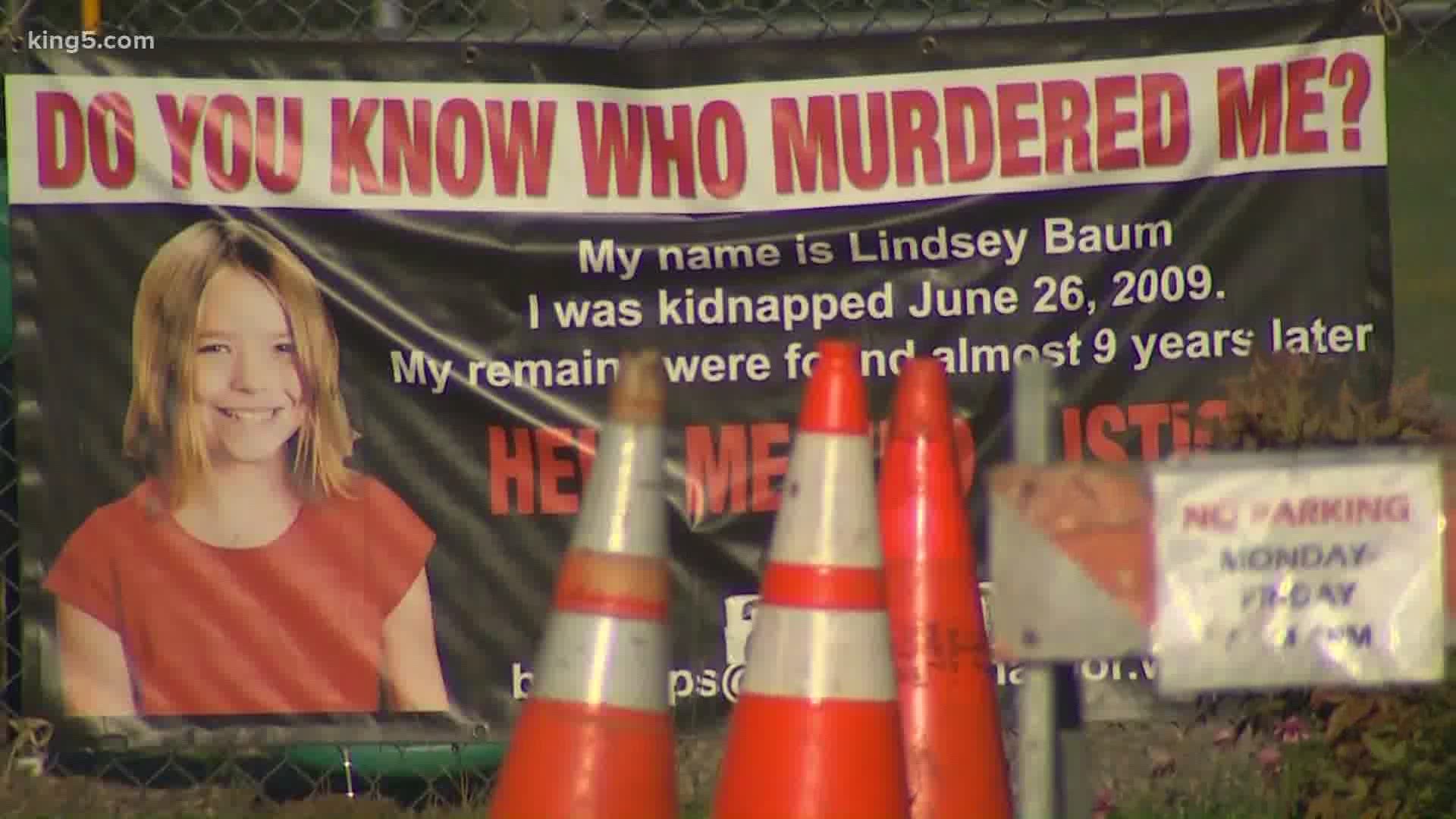 MCCLEARY, Wash. — In Grays Harbor County, banners are hung throughout the city of McCleary with the hope of catching the murderer of 10-year-old Lindsey Baum, who was kidnapped and killed in 2009.

Now, there is a new controversy about whether to take them down or leave them up.

"We didn't ask for this battle, this got thrown on us," said Angela, a resident of McCleary and friend of Melissa Baum, Lindsey's mother.

The battle she's referring to centers around a banner in Beerbower Park, right near Lindsey's memorial garden, and a few blocks from where police believe she was taken.

The banner has a picture of Lindsey and reads, "Do you know who murdered me?" and was placed on a fence next to the playground on June 29, the 11th anniversary of Lindsey's kidnapping.

By August, it was taken down by the city.

In 2018, Lindsey's remains were found in Eastern Washington and the mission changed from finding the girl to finding her killer.

In an email, McCleary Mayor Brenda Orffer and council member Brycen Huff said they received multiple complaints about the wording of the sign and its location near a playground.

"Yes, there have been concerns with regard to the 'DO YOU KNOW WHO MURDERED ME?" at the top of the banner displayed where young children go to play," Orffer wrote.

When asked who was making the complaints, Huff wrote, "I can only speak for myself and say the concerns I got were word of mouth from residents and in reference to kids thinking something bad happened at the playground/park."

Angela, who chose not to use her last name, agrees the word murder is offensive, but it's what happened to the girl and believes the signs should remain until the murderer is found.

"You can't pretty murder. I mean, you can't make murder sound good. What could we put on there to make it sound better? It's the truth,'" she said.

The mayor and Huff also said it was a violation of a city code since nobody asked permission to place it there.

Angela said she's gotten a few different responses from people in various positions of the city. Her response is if it was a city ordinance, why were original signs that said "kidnapped" up for almost a decade?

The banner is now back up. Orffer said Melissa Baum now has legal counsel and the matter of the banner remains undetermined at this time.

Angela said this not only is a way to find Lindsey's killer, but to never forget her story. She hopes the signs educate the public, kids and parents alike.

"When your kids are hitting 8, 9, 10 and they're hitting Lindsey’s age, they need to be aware of this so we don't find this as a negative blight toward the city. We're looking at this as an educational opportunity to prevent this from happening to another innocent child," she said.

The mayor stated in her email that "the city continues to express sympathy to the family, loved ones, friends, and community hurt by this tragedy."

Currently, a GoFundMe is raising money to buy more signs so community members can place them on their property. Angela said they should begin to pop up around McCleary in the coming days.