Reverend Dr. Samuel McKinney, who served as pastor of Seattle's Mount Zion Baptist Church from 1958 to 1998, has passed away at the age of 91. 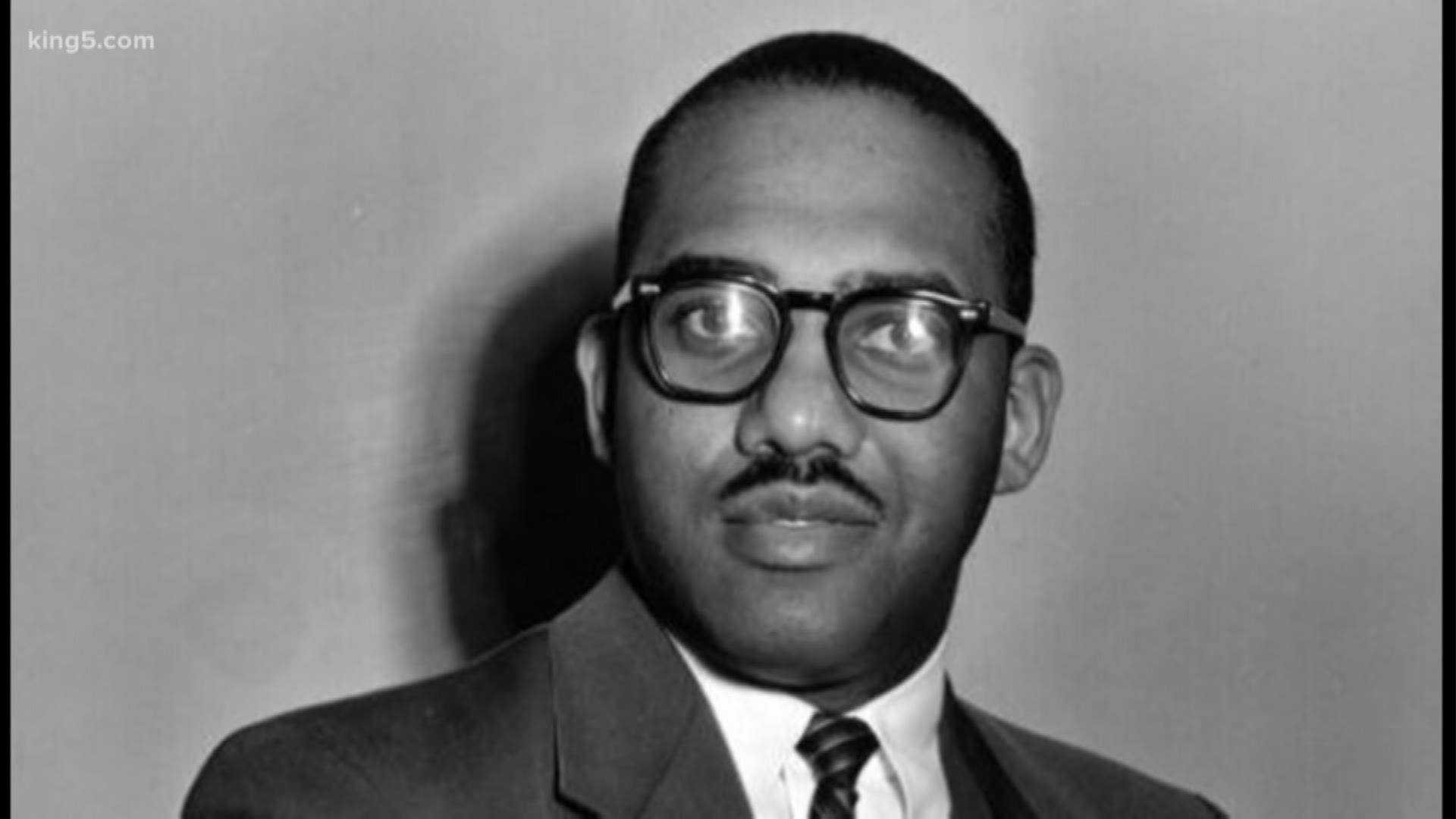 Civil rights pioneer and community leader Revered Dr. Samuel McKinney, the longest-serving pastor of Seattle's Mount Zion Baptist Church from 1958 to 1998, has passed away at the age of 91.

Samuel B. McKinney grew up in Cleveland, Ohio in the 1920s and 1930s as the son of a prominent and politically engaged black minister. He attended Morehouse College, where he was a classmate of civil rights leader Rev. Dr. Martin Luther King, Jr. In the 1960s, McKinney took part in civil rights demonstrations in Seattle, Alabama and Washington, DC, and he he was instrumental in bringing Dr. King to Seattle in his only Seattle visit in 1961.

"He stayed with the philosophy of Dr. Martin Luther King, Jr., which was one of nonviolence but also a show of strength through unity," said Rye. 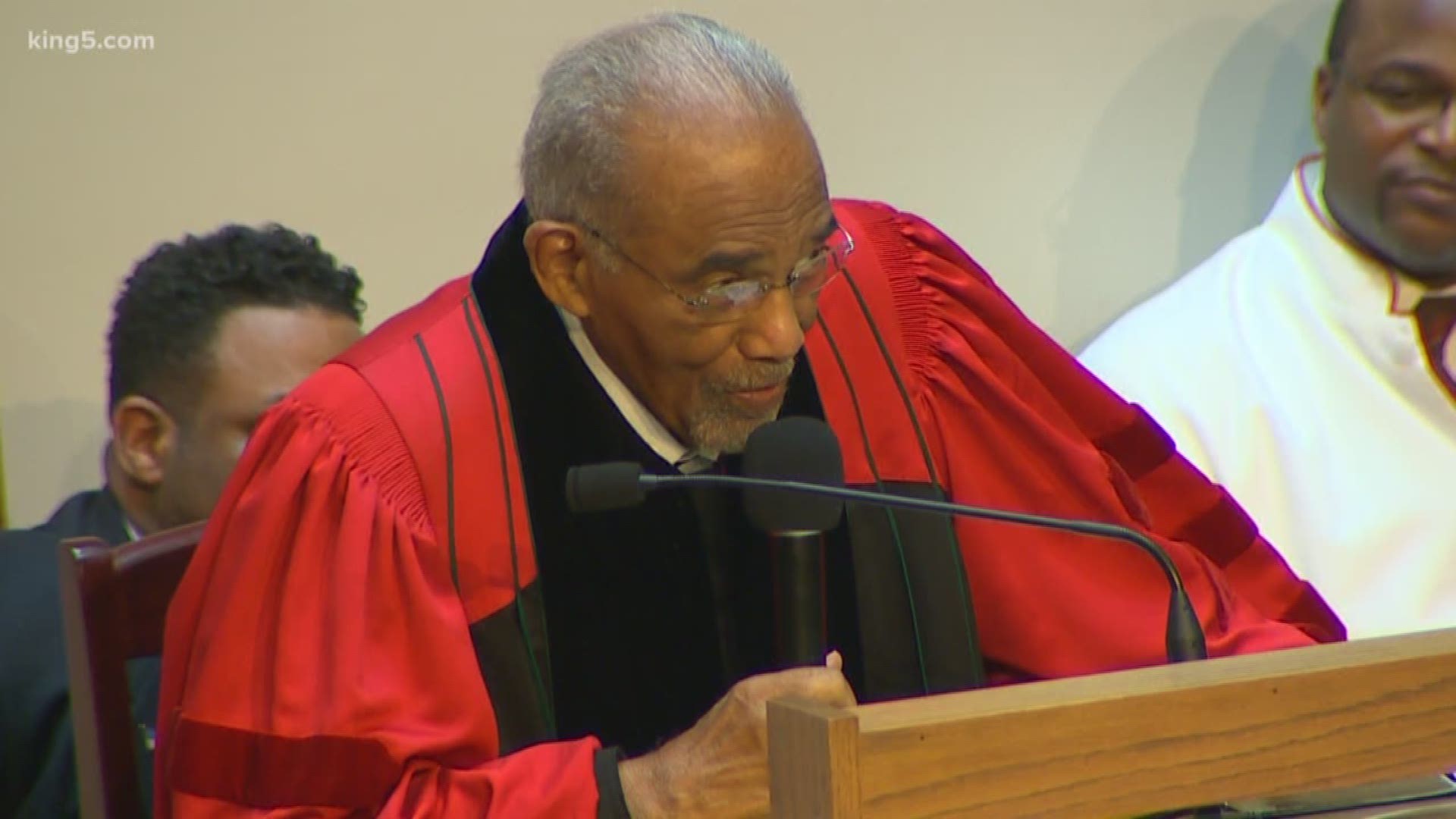 After serving as a minister in Providence, RI, in the mid-1950s, McKinney moved to Seattle in 1958 to lead one of Seattle’s oldest and most prominent black churches, Mount Zion Baptist Church.

McKinney became a leader in the city's civil rights movement and played a major role in the Central Area Civil Rights Committee (CACRC). He helped establish the city’s first black-owned bank after local banks restricted loans to African Americans. McKinney also served as one of the founding members of the Seattle Human Rights Commission, which successfully passed legislation of the city's first fair-housing act. McKinney retired from Mount Zion in 1998, after serving its congregation for 40 years.

"He could joke. He had a sense of humor and a lot of times, he displayed that at the pulpit," said Rye. "I could recall on Easter Sunday he would say, 'I want to say Merry Christmas and Happy New Year to the people who come once a year for Easter.'"

"Most of the time, something is named after a person when they're gone and not around and don't know about it," McKinney had joked.

"What does God want from each of us? To do justice, to love mercy, and to walk humbly with God," McKinney had shared with his congregation.

Dr. McKinney is survived by two daughters, Dr. Lora-Ellen McKinney and Rhoda McKinney-Jones. Funeral services have yet to be arranged.