The patient said that, with the pup's help, it was the easiest time they've ever had with a shot. 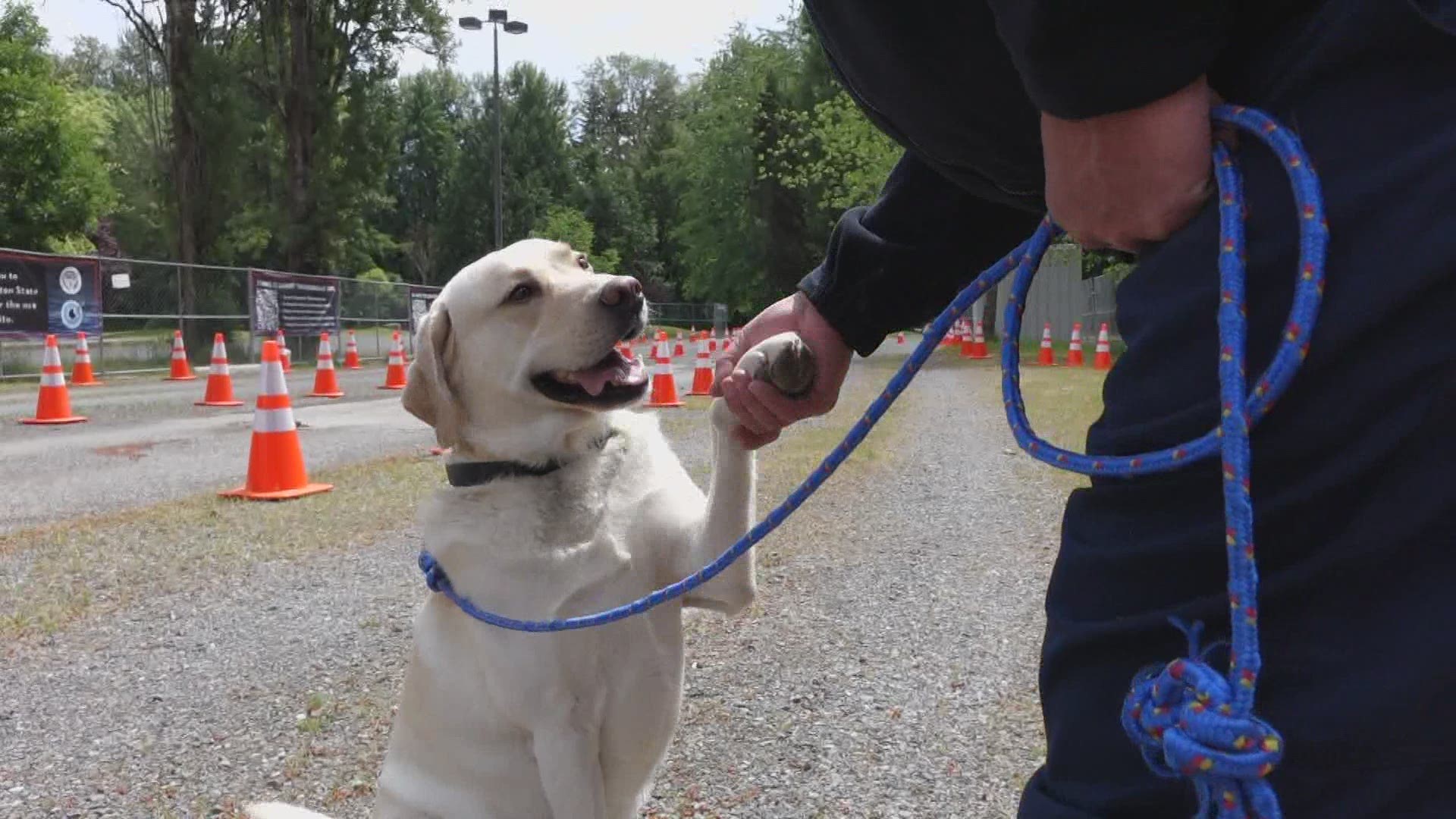 SAMMAMISH, Wash. — The City of Sammamish is hailing pup Wrigley as a hero after helping to ease the anxiety of a patient who had come to the city's COVID-19 vaccination site for a shot.

According to the city, a patient arrived at the Lake Sammamish State Park site for a vaccine but brought with them a severe lifelong phobia about needles.

The vaccinator pulled the patient aside and began working with them, trying to build up the courage to get the shot. Unfortunately, it didn't work, according to the city.

On-site coordinator with Eastside Fire and Rescue Andrew Stevens turned to Lt. Dave Jones, who was also working at the site, for help.

Well, not the Lt. himself, but actually his four-year-old dog, Wrigley.

The patient sat outside their vehicle while Stevens brought Wrigley over.

They sat and petted Wrigley together. The effect was almost immediate, according to Stevens.

"Within seconds, the patient's anxiety all but disappeared and we were able to painlessly administer the vaccine," Stevens wrote in one of the city's social media posts.

The patient said that it was the easiest time they have ever had with a shot.

"It was awesome to see a dog sit in front of a young man that was having trouble, and they both got on the same page. They comforted each other, and we were able to give him that shot," said Lt. Jones.

The COVID-19 vaccine site at the Lake Sammamish State Park has seen about 15,000 patients. Stevens says that many of them face vaccine hesitancy including those like the patient Wrigley helped with Trypanophobia, or a fear of needles.