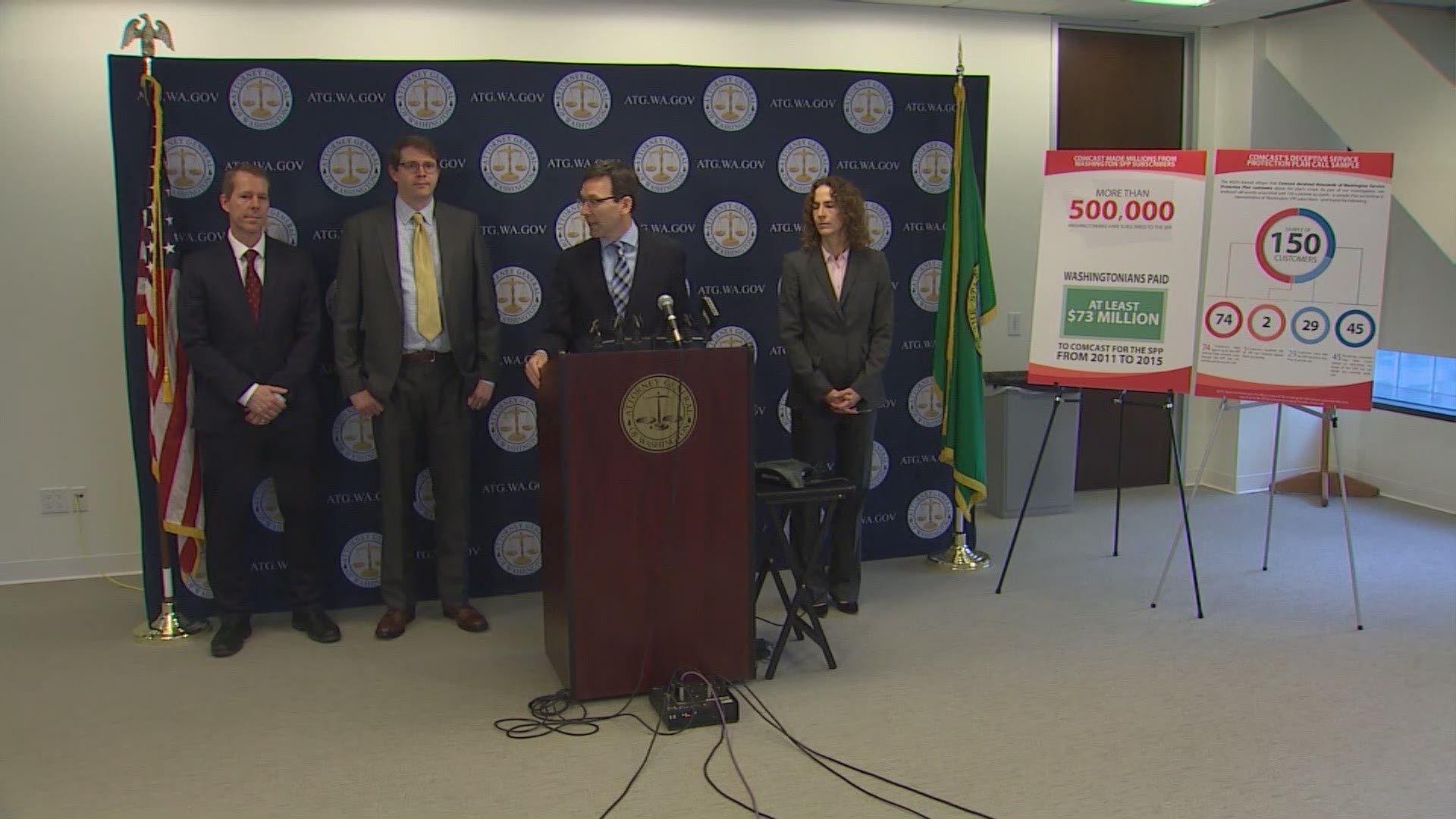 A judge ordered Comcast Corp. to pay $9.1 million in penalties for violating Washington state’s Consumer Protection Act — a fraction of the amount that the Washington State Attorney General had previously sought in the civil case.

At a hearing Thursday afternoon in downtown Seattle, King County Superior Court Judge Timothy Bradshaw ruled that Comcast signed customers up for a monthly maintenance plan without their consent and misrepresented the monthly cost associated with it, practices that affected nearly 50,000 customers. The company was fined $6,014,700 for the consent issue and $3,078,900 for the recurring charges claim, based on a per-violation charge of $25 and $15, respectively.

In addition to the $9.1 million awarded to the state, Judge Bradshaw said the company will also be required to pay refunds directly to Comcast customers who were affected by the sales tactics. The amounts of those refunds and the number of customers is not yet clear.

Washington State Attorney General Bob Ferguson filed a 2016 lawsuit against Comcast for $100 million, saying the cable and Internet provider misled consumers about the scope of its service protection plan, charged fees for services that were supposed to be free, and conducted improper credit checks. The suit says Comcast misrepresented the scope of its Service Protection Plan (SPP) as part of more than 1.8 million violations of Washington's Consumer Protection Act (CPA).

Comcast's Service Protection Plan costs $4.99 per month. Ferguson said this allegedly misleading plan cost 500,000 Comcast customers at least $73 million in fees from 2011 through the end of 2015.

Ferguson said the lawsuit was the first case of its kind in the U.S. He alleges there were more than 1.8 million individual violations of the Washington state Consumer Protection Act.