The hikers were stranded on a 60 foot tall cliff they had climbed to while escaping rising tides on the beach. 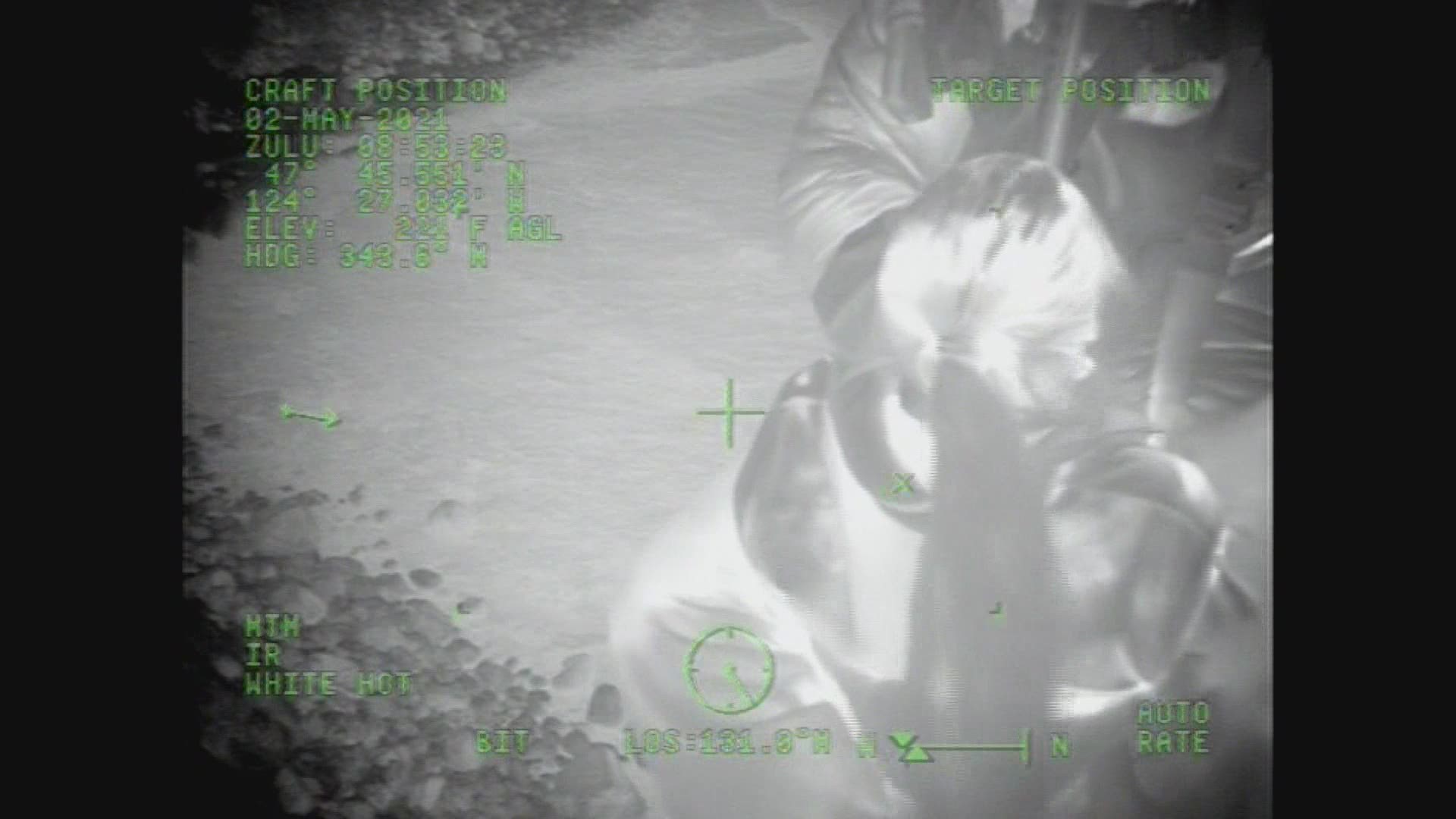 The Coast Guard rescued two hikers from a cliff in a remote area of Olympic National Park early Sunday.

Olympic National Park Rangers reached out to the Coast Guard Puget Sound watchstanders at around midnight on Sunday, requesting an air rescue for two people who were stranded on a cliff about 60 feet high. The hikers had climbed up to the ledge after retreating from rising tides, according to a release from the Coast Guard.

The pair was inaccessible to ground rescue crews in the park. The Coast Guard launched a helicopter and quickly spotted the hikers when they noticed a cell phone light on the cliffside.

Crew members said the ledge the hikers were on was in brittle condition, making it more challenging to hoist them to safety. Pilots hovered about 240 feet above the hikers and rescue team member, keeping an eye on the cliff's condition, according to a release.

"The time of day and location of the hikers made this, by far, the most difficult hoist of my career," said Lieutenant Commander Sammy Hill, the aircraft commander on the rescue.

The crew successfully hoisted both hikers from the cliff around 2 a.m. They were taken to Forks Airport where they were reported to be in good condition.

The Coast Guard sent a reminder to hikers to always check the tide schedule when exploring near the beach and take a reliable means of communication. The crew reported the battery on the hikers' cell phone died just moments after pilots found them on the cliff.