The Polar Star departed Seattle in November, heading north for a mission in Antarctica. It makes its return on Friday. 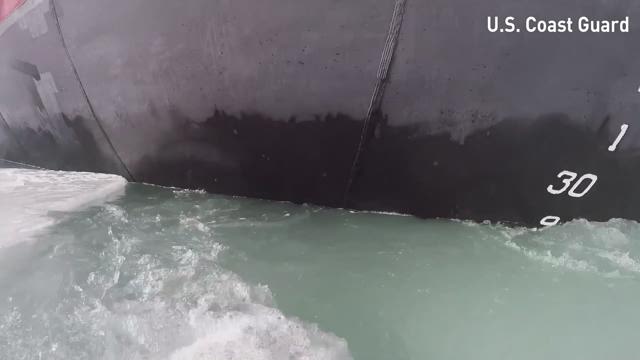 The U.S. Coast Guard's Polar Star cutter is returning to Seattle after completing a mission that started back in November.

The Polar Star was tasked with breaking up thick ice chunks so other research supply vessels could reach McMurdo Station in Antarctica. The ship carved a navigable path through ice sometimes 10-feet thick.

The cutter and its crew, approximately 150 in size, will return to Seattle Friday afternoon, successfully finishing the 107-day deployment.

Don't be fooled, the mission was not a cake walk. The cutter’s shaft seal failed on January 16, sending water into the engine room at a rate of 20 gallons-per-minute.

Fortunately, crew members were able to stop the flow of water and dewater the engine room.

Just five days before, one of the cutter’s three main gas turbines failed. The turbine power is necessary for the cutter’s propellors to break through the ocean ice. In this case, crew members were able to solve a programming issue between the engine and the electrical system.

“If the Polar Star were to suffer a catastrophic mechanical failure, the Nation would not be able to support heavy icebreaker missions like Operation Deep Freeze, and our Nation has no vessel capable of rescuing the crew if the icebreakers were to fail in the ice,” said Vice Adm. Fred Midgette, commander, U.S. Coast Guard Pacific Area in Alameda, California.

“The crewmembers aboard Polar Star not only accomplished their mission, but they did so despite extreme weather and numerous engineering challenges. This is a testament to their dedication and devotion to duty.”

The Polar Star and its crew are expected back in Seattle in March.