Seattle City Light and the Mountains to Sound Greenway are planting native trees from warmer climates on 154 acres along Stossel Creek. 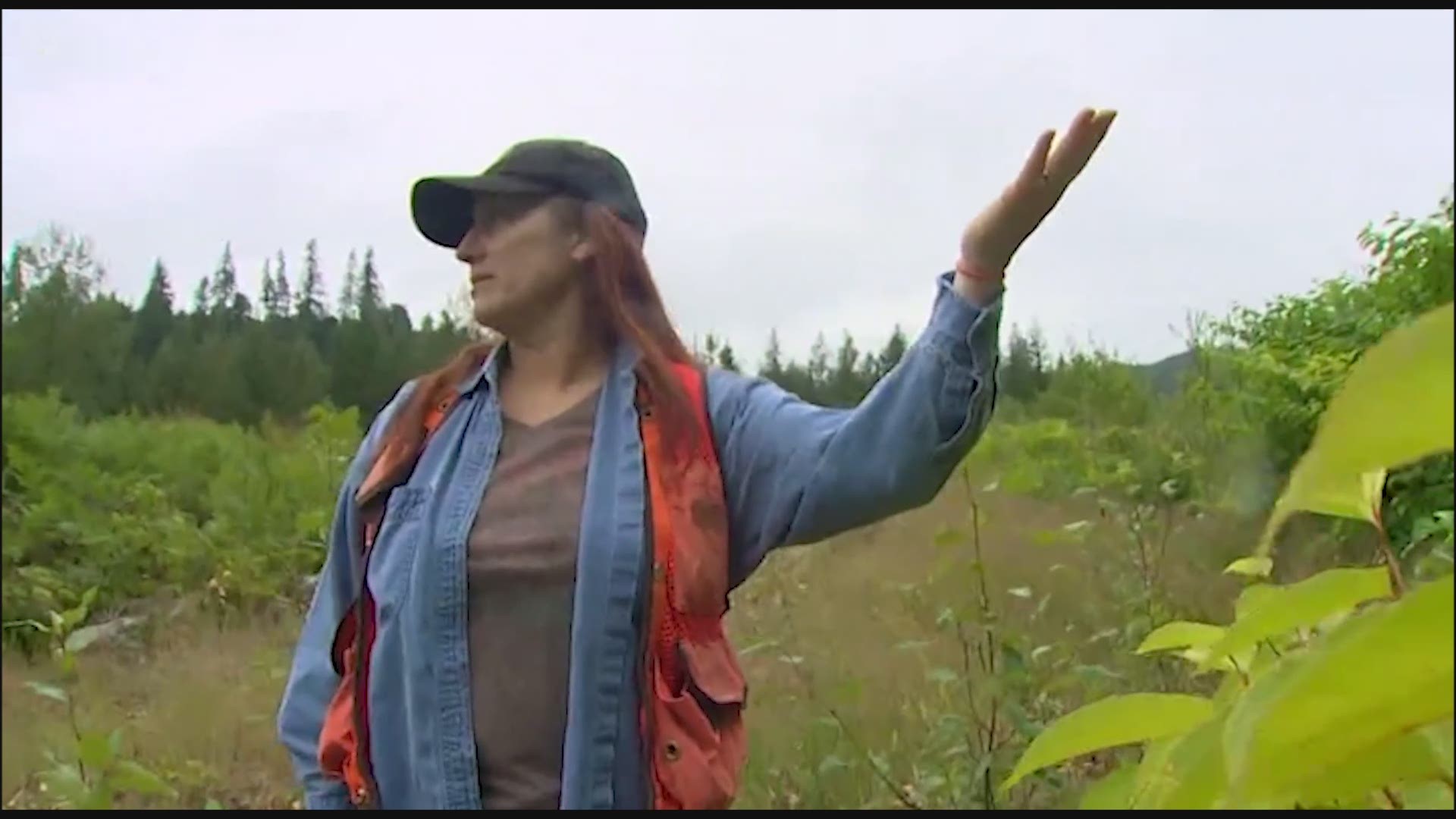 If Western Washington’s climate warms up in the next half-century, could our trees stand it?

As an experiment, Seattle City Light and the Mountains to Sound Greenway have embarked on a test to plant native trees from warmer climates on 154 acres along Stossel Creek, which flows into the Tolt River.

Seattle City Light has a responsibility to protect endangered salmon and other species in this part of the Tolt River watershed.

The city-owned utility generates some of its power from the Tolt River below. The once private forest land, last logged in 2012, was never replanted with trees, but plenty of bushes, shrubs, and invasive species have taken over. It all presents an opportunity to conduct a long-term experiment.

“Thirty to 40 years from now, summers may be too warm and too dry,” said Crystal Raymond, looking at a Douglas fir seedling growing naturally in what was a clear-cut. “It might be smaller; it might grow slower.”

Raymond is with the University of Washington Climate Impacts Group and also helped pioneer this project when she was at Seattle City Light.

“We expect this site to be four to five degrees Fahrenheit warmer in 40 years. And by the end of the century, we could be looking at seven, eight, nine degrees warmer in the summertime here.”

To get ahead of climate change, to keep the forest green and alive and protect and shade fish supporting streams below, could a Douglas fir descended from trees in climates already warmer and drier be planted here in Western Washington? The trees would be the same species and include other native species like western red cedar, but their parental stock would already accustomed to what’s expected to be our future climate.

“We know those trees are growing in a warmer climate today,” said Jon Hoekstra, executive director of the Mountains to Sound Greenway. “And if we think the climate’s going to be warmer here in 50 years, we want to plant trees here now, that 50 years from now …are ready to reproduce the next generation of trees in that warmer climate.”

Work is already underway. Mountain to Sound Greenway has hired crews who are removing the invasive species, including knotweed, scotch broom, Himalayan blackberry and others that had taken over much of this land. By removing these non-native competitors, the trees, which will be planted starting this fall, will stand a better chance.

“This is a program that the city started because they felt they needed to do their part to recover salmon, (which is) part of the environmental mission of Seattle City Light,” said Denise Krownbell, City Light’s Senior Environmental Analyst. “This property includes two-thirds of a mile of Stossel Creek.”

Krownbell says the creek is home to spawning steelhead, coho, and other species. Organizers hope that this project will become a model for others.