Yet another incident of rock throwing on highways has led officials to clear out some homeless encampments in Seattle, but some argue against doing more sweeps. 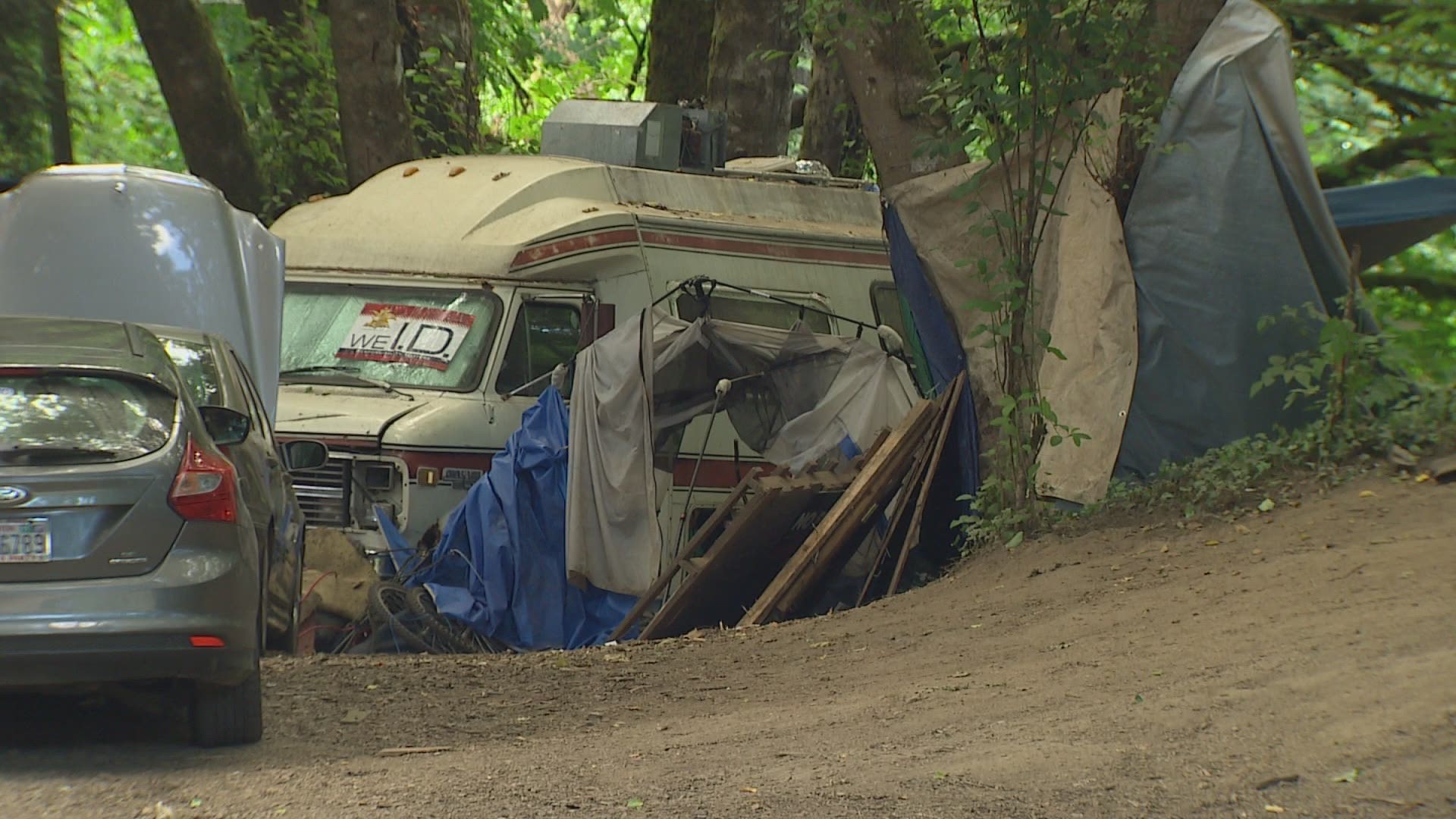 OLYMPIA, Wash. — After yet another incident of rocks being thrown onto state highways, measures are being taken to clear out some homeless encampments deemed a safety risk. However, people should not expect the state to start routinely clearing out homeless campsites.

On Thursday, the Washington State Department of Transportation (WSDOT) and Washington State Patrol (WSP) plan on removing residents from two encampments along Seattle freeways near where the rock throwing incidents happened.

WSDOT Secretary Roger Millar said because those encampments pose a public safety risk in a criminal matter, they will be cleared out.

But speaking to Washington State Transportation Commissioners Wednesday, Millar said the state has no plans to clear out additional encampments.

"What we can’t do about that is this homeless camp ‘Whack-a-Mole,’ where you clean one up and they move across the street. That just doesn’t work,” said Millar, “It’s a waste of resource and frankly, it’s not humane.”

He said the state is working with cities, counties and social service agencies to provide encampments with bathrooms, dumpsters and access to housing and medical programs.

Barkis said he wrote an amendment into the current state budget requiring WSDOT to remove trespassers from state property along highways.