The lawsuit filed claims Seattle city leaders and Gov. Inslee failed to protect residents near and around the CHOP zone. 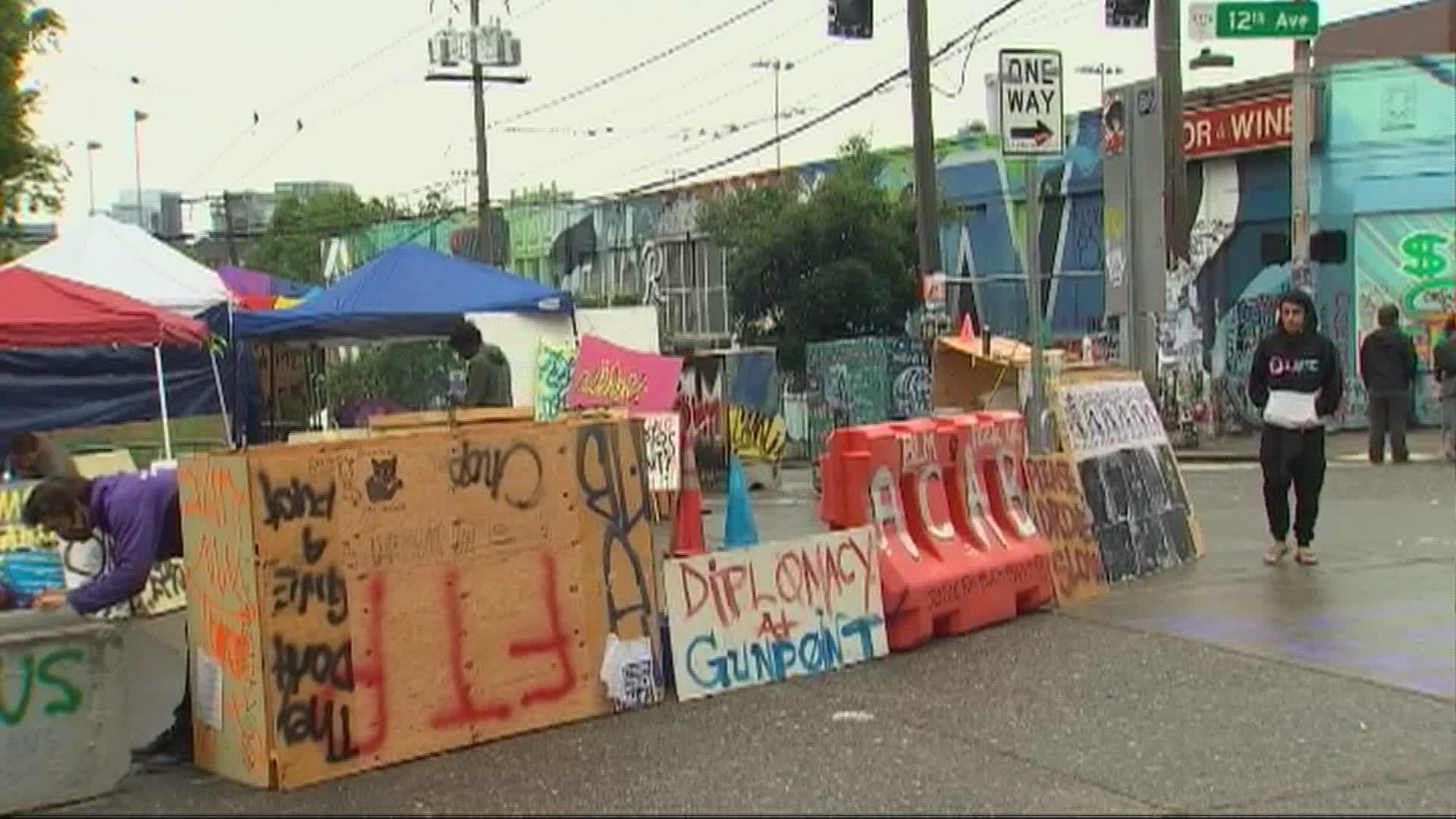 SEATTLE — A class-action lawsuit was filed against Seattle Mayor Jenny Durkan and Governor Jay Inslee over their handling of the Capitol Hill Organized Protest (CHOP) zone.

Attorney Jacob Bozeman filed the lawsuit and said he has nothing against the cause that's being promoted at the CHOP zone, but he's concerned about the actions of the state and local leaders.

"What would happen if every political group or special interest group wanted to take over a portion of the city?" said Bozeman. "So nothing was being done, nothing happened and I thought it was a very obvious abdication on the part of the mayor and the city and the state since the state was doing nothing."

The lawsuit filed in Federal Court claims Seattle city leaders and Gov. Inslee failed to protect residents near and around the CHOP zone by allowing their “respective jurisdictions to become lawless autonomous zones, which denies persons living within, and outside of these jurisdictions the equal protection of the laws.”

Bozeman has been an attorney for 27 years and said he has never filed a lawsuit like this before. He said he isn't seeking a dollar amount in terms of relief, he just wants a policy change to prevent other groups from taking over the area again.

He also said if the barriers are cleared out of the CHOP zone on Sunday, as Mayor Durkan said they would be, he still plans to pursue the case.

So far, he said he's had more than 20 people reach out wanting to join the litigation.

"No political group should just be allowed to take over a portion of the city so the lawsuit's not going to go away if Monday it's cleared out and that's a big if," said Bozeman.

The Seattle City Attorney's Office told KING 5: "We intend to review this complaint and respond accordingly."

Earlier, a collection of Seattle businesses, property owners, and residents sued the city over its tolerance of the CHOP zone saying officials have been complicit in depriving them of their rights to their property.

The plaintiffs, including a tattoo parlor and auto repair shop, emphasized in the lawsuit filed Wednesday that they were not trying to undermine the anti-police brutality or Black Lives Matter messaging of the “Capitol Hill Organized Protest.”