A recent court ruling says Seattle doesn't have "authority" to move part of a railroad track in the Ballard neighborhood to complete the Burke-Gilman Trail. 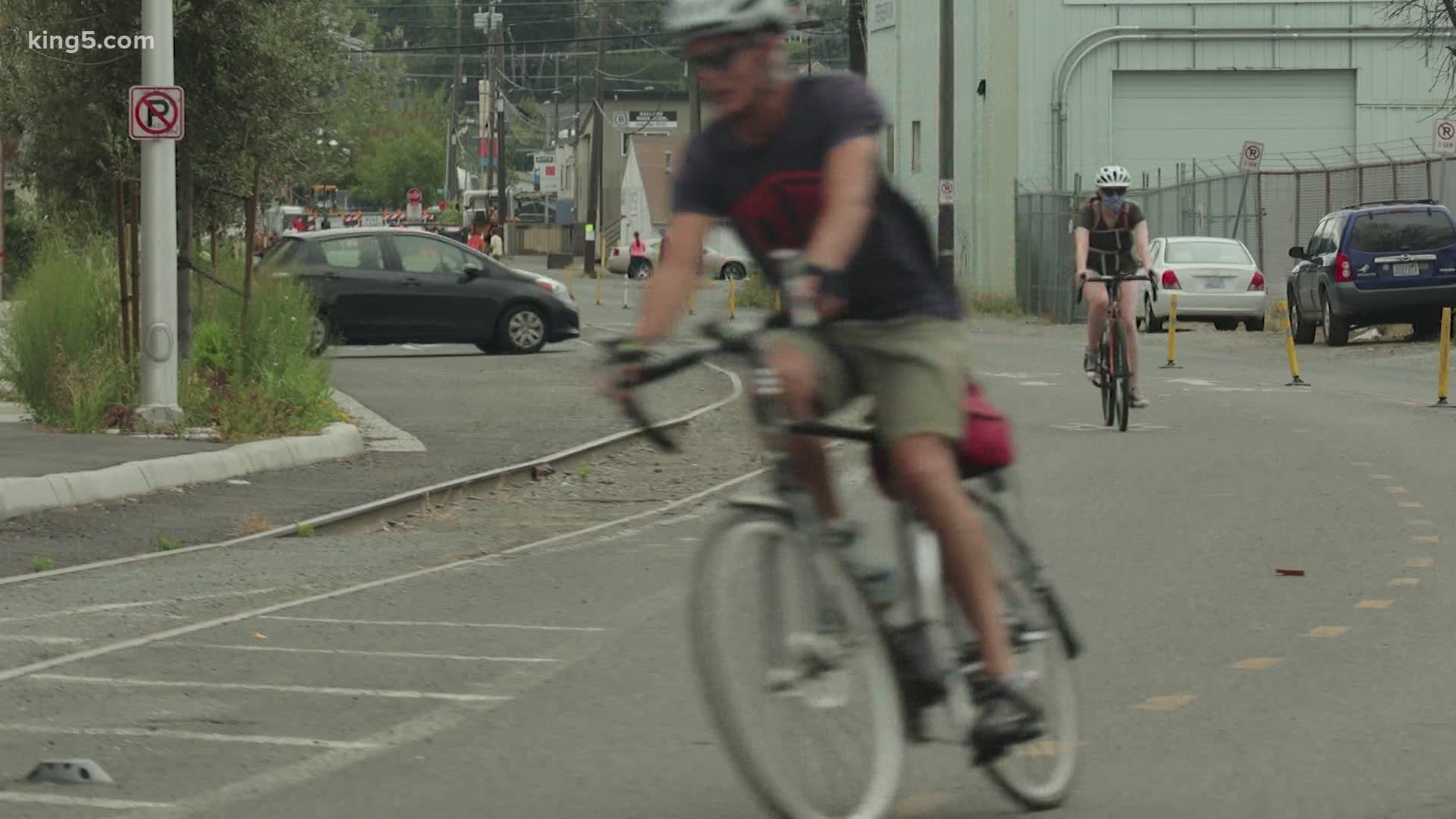 SEATTLE — Last month a King County Superior Court judge ruled the city of Seattle does not have the authority to move a section of the Ballard Terminal Railroad so it can complete the missing link of the Burke-Gilman Trail.

The Burke-Gilman Trail is a 27-mile stretch of multi-use recreational trail through King County. City officials said they plan to appeal the judge's decision.

The debate has stretched nearly two decades. Josh Brower, a lawyer representing the railroad said this ruling is a big loss for the city.

In a statement, the Seattle Department of Transportation (SDOT) said they "will continue to pursue resolution through the courts than risk public safety with an inferior alternative."

Brower said the city has been wasting taxpayers' dollars.

"The city just spent $250,000 on outside lawyers, instead of using and relying on the city attorney's office, the city went out and hired a high powered law firm with offices in DC, and they lost 100% lost," he said.

The city wants to place the missing link of the trail along Shilshole Ave NW and would need to move some of the railroad to do so. Brower said his clients believe a better option is to have the trail go along Leary Way.

"We found that these 10 businesses on Leary that want the trail on Leary. there's like two businesses on Shilshole that want it on Shilshole, and one of them is trying to redevelop the property into an office complex, the other one is a café," Brower said.

Vicky Clarke is the policy director for the Cascade Bicycle Club and said placing the trail on Shilshole is the safest option because it has fewer crossings with cars and is most desired among those who would use it.

"When the city did its environmental impact statement in 2017 around 4000 comments, almost 80% of them. Preferred this alignment. This is the most simple, safe, and connected," she said.

Clarke said the city has already studied the other routes Brower is suggesting and said this recent court ruling amount to little more than a stall tactic.

"It's a short term delay to the ultimate resolution which is the simple, safe and connected trail we all know that the community needs and wants," she said.

Clarke said many of the legal challenges to the city’s plan have been procedural and only strengthens her and the club’s efforts to get the Shilshole plan done.

"People who are literally the most vulnerable road users who are most likely to be in a crash and most likely to fare worse in that crash like we know it's the right thing to do to stand up for those people and speak up for them and make sure that their safety is, is part of the conversation," she said.

The plan to finish the missing link for the trail is part of the city’s larger Ballard Multimodal Coordior project and phase one was recently completed. The city said phases 2 and 3 will likely not begin until late 2021 at the earliest (those phases would include the trail link) and could be delayed further due to this recent court ruling.

SDOT released the following statement on the project:

"We respectfully disagree with the Superior Court’s decision which challenges our ability to successfully manage the public right-of-way for the health and safety of the traveling public. This decision could have concerning broader implications for public safety, and we plan to appeal the matter to the Court of Appeals which is already considering a related case about the Burke-Gilman Trail.

Completing the Burke-Gilman Trail Missing Link is one part of a larger Ballard Multimodal Corridor project which also includes roadway paving, new sidewalks, storm drainage, and signal improvements. These critical changes have been repeatedly delayed due to ongoing legal challenges. SDOT believes that the project Final Environmental Impact Statement (FEIS) demonstrates that the planned trail alignment provides the best public safety option while also mitigating potential impacts to businesses. We will continue to pursue resolution through the courts rather than compromising public safety with an inferior alternative route.

SDOT’s recent work on Phase 1 of the Ballard Multimodal Corridor project (between the Ballard Locks and 24th Ave NW) did not include any of the features, signage, or markings planned for the Burke-Gilman Trail. Now that most aspects of Phase 1 construction of the Ballard Multimodal Corridor project unrelated to the trail have been completed, we do not anticipate beginning construction on Phases 2 or 3 until late 2021/early 2022 at the soonest as a result of ongoing court proceedings, with possible further delays due to this latest court ruling."