The city council's plan would come with a price tag of $82.7 million, which would start off as a bond, but would ultimately be paid for by the city’s taxpayers. 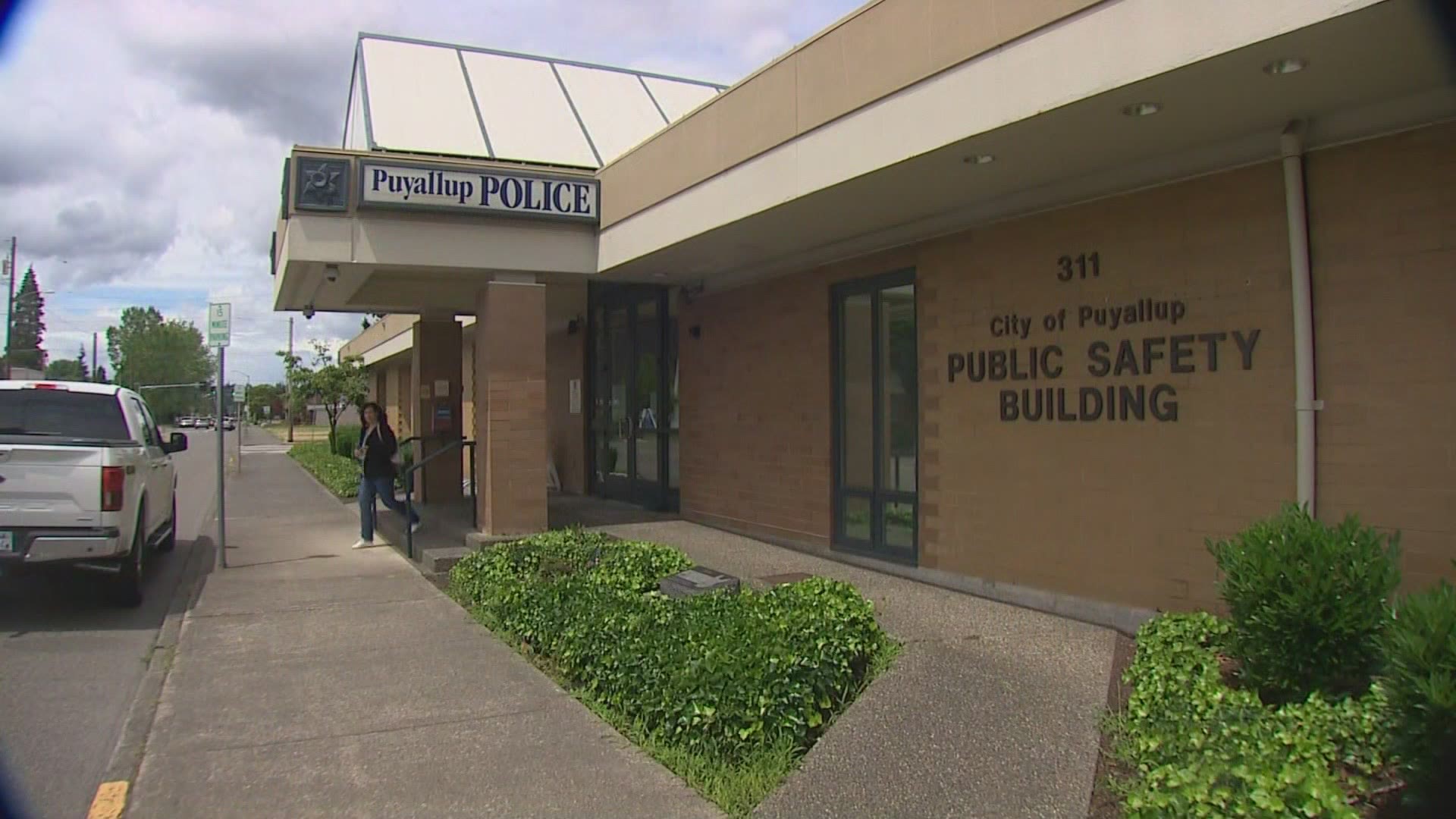 PUYALLUP, Wash. — City leaders in Puyallup are moving forward with a plan to build a new Public Safety building, which would ultimately go before voters in November.

Police officials said their current facilities, which are 50 years old, aren't enough to serve the needs of the community.

“We’ve had several water leaks, our roof has seen significant damage that needs quite a bit of repair,” said Capt. Dan Pashon of the Puyallup Police Department.

The Puyallup City Council’s plan would fund a new Public Security building that will house the Police Department, Municipal Court ,and a jail. Currently, all of these departments are split up.

Puyallup’s Police Department, in particular, is split between three buildings, which leaves a big impact on communication.

“Right now, our traffic unit is in a different building, we have a lot of evidence that goes into a different building,” Pashon said. “The court is in a commercial space that was redeveloped for the court. So bringing everyone under the same roof really adds to the ability to work together.”

But those benefits won’t come cheap. The city council’s plan would come with a price tag of $82.7 million, which would start off as a bond, but would ultimately be paid for by the city’s taxpayers.

City leaders said the price was originally around $100 million before being brought down. Now, they hope to present the plan to voters soon before the price goes back up.

“With all the construction issues going on, we can’t control prices, but we do have a need,” said Puyallup City Councilmember-at-large Dean Johnson. “We can’t wait for prices to go down, because they haven’t gone down, in fact, the longer we waited, we found that prices went up, so it would behoove us to put this before the voters and consider it now before it becomes more expensive if we delay this any further.”

Puyallup’s police say that need has to be addressed so they can do their jobs effectively.

“There comes a time when you have to put money into your infrastructure,” Pashon said. “After 50 years of being in the same building, and the changes in our community, and the changes in the size of our department, it’s a facility that’s needed for us to serve the community.”

If approved, the second and final reading of the proposal would happen on July 13, before being put on the ballot this November.

Puyallup’s public affairs officer said anyone who’d like to know more about the issue should go to the city of Puyallup’s website, where all new information will be published as soon as it’s available.