People are allowed to publicly practice, however, they must do so in their cars in designated places like a parking lot to promote social distancing. 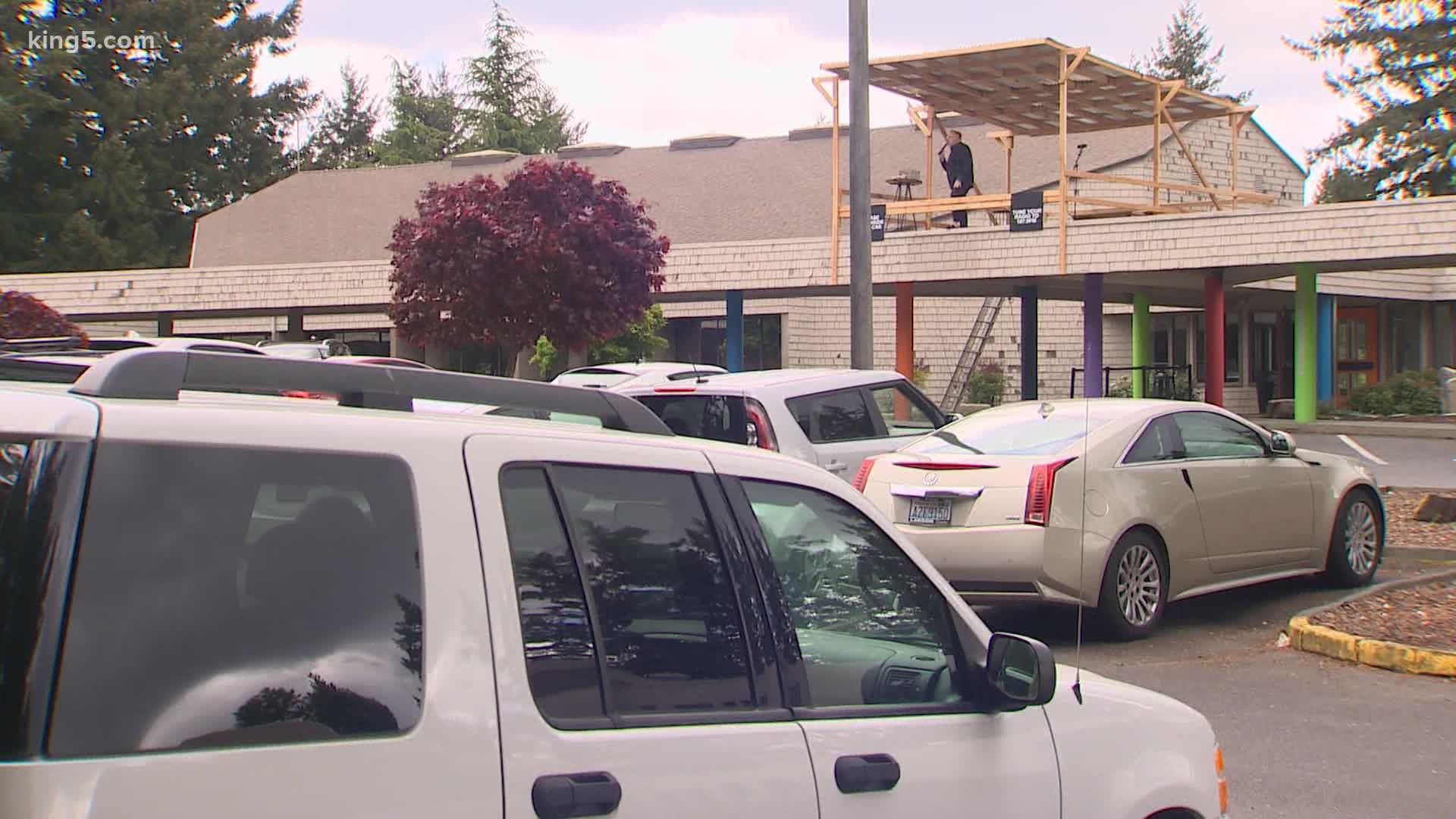 UNIVERSITY PLACE, Wash. — As Washington state enters Phase I of Gov. Jay Inslee's plan to reopen, spiritual services will be allowed if they’re held in a “drive-in” format. That means moving sermons from online forums out into parking lots.

A University Place church is gathering that way and hoping to help other churches do the same.

Instead of staring into the eyes of his congregants on Sunday morning, Pastor Dean Curry was preaching to a sea of headlights at Our Church.

The congregation, safely distanced by car windows, could watch their leader give his sermon while listening from their car radios. Pastor Curry said their church was among those who lobbied the governor to allow this.

“We were asking him to open it up because it really is a safe and sane way for people to worship,” he explained.  “When we found out it was included in the first wave, we were tickled."

Car honks replaced the usual “Amen” you might've heard in a traditional church sanctuary. Like many churches, they've had services online and people can still watch that way, but the pastor believes you can't replicate the connection that comes from seeing each other.

“Gathering like this, there's something special that happens even though you're in a car with the windows rolled up, to see other people, hear them honking the horn," Pastor Curry said.

In Everett, New Life Church had a huge turnout for a drive-through food drive they hosted. Pastor Jim Romack said parking lot services might work for some congregations, but they don't have space.

“Doing a parking lot service would make no sense for us because during this time our reach and response is so much bigger than our parking lot, the church has left the building and become a much broader organization in the community," he explained.

Our Church 253 has a website to help other churches plan parking lot services and said it only cost them about $75 to buy the radio transmitter.  As service wraps up, church members can also drive-by the church's food pantry and drop off food. The church has been dropping off groceries to those in the community who can't get out.

Pastor Curry admits it's a little different doing his sermons in a parking lot with rubber gloves, but he's not feeling discouraged.

“These times are difficult but it brings out the best in people, too,” he said. “You can feel them getting stronger caring more about others reaching out."