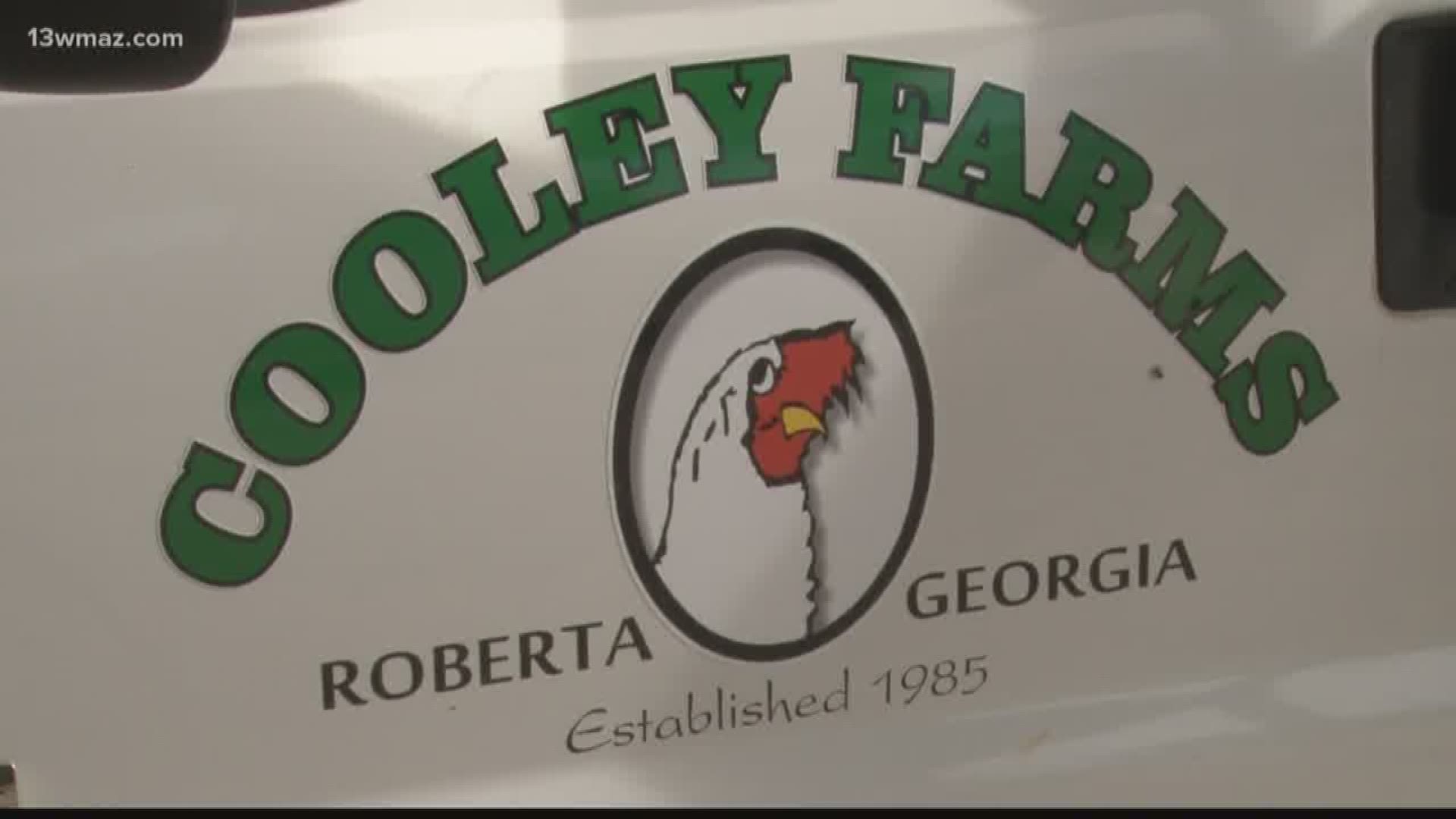 Leighton Cooley from Cooley Farms is a fourth generation poultry farmer in Roberta.

"At Cooley Farms, we have 16 chicken houses at three different locations. Our capacity is 500,000 birds. We do that six times a year, so each year we produce about three million chickens," he said.

He contracts with Perdue Farms, one of the largest poultry producers in the country.

"They bring us the chickens the day that they're hatched, and we grow them for about 42 days. We offer the care, raise them, look after them for those 42 days before they're market aged and ready to be processed," Cooley said.

Perdue Farms ships product all over the country and internationally.

The USDA says in 2013, America exported over $500 million worth of poultry products to China -- two years before they banned the imports.

"2015, when China pulled out because of Avion Influenza, of course we saw a little dip just in productivity and production across the state," Cooley said.

Avion Influenza is carried by water foul, like geese or ducks.

The Centers for Disease Control and Prevention investigated over 160 human exposures to infected birds in the United States from 2014 to 2015.

"China was just afraid of bringing in the disease over to their country and contaminating the birds over there at the time," he said.

The CDC found the risk of human infection was low, and the U.S. was free of the disease in August 2017.

Cooley says bird health is a top priority. For visitors to go inside the chicken house, there's a whole bio-security process.

You have to get permission from Perdue Farms to suit up in protective gear to keep outside germs from getting to the chickens.

With China lifting the ban, Cooley says it's a win for Georgia's agriculture and economy.

"We're hopeful that more markets are going to open up and more avenues for productivity over poultry," Cooley said.

The USDA estimates American farmers will be able to export more than a billion dollars worth of poultry products annually to China.

STAY ALERT | Download our FREE app now to receive breaking news and weather alerts. You can find the app on the Apple Store and Google Play.

STAY UPDATED | Click here to subscribe to our Midday Minute newsletter and receive the latest headlines and information in your inbox every day.

Have a news tip? Email news@13wmaz.com, or visit our Facebook page.