One is from the Civil War. 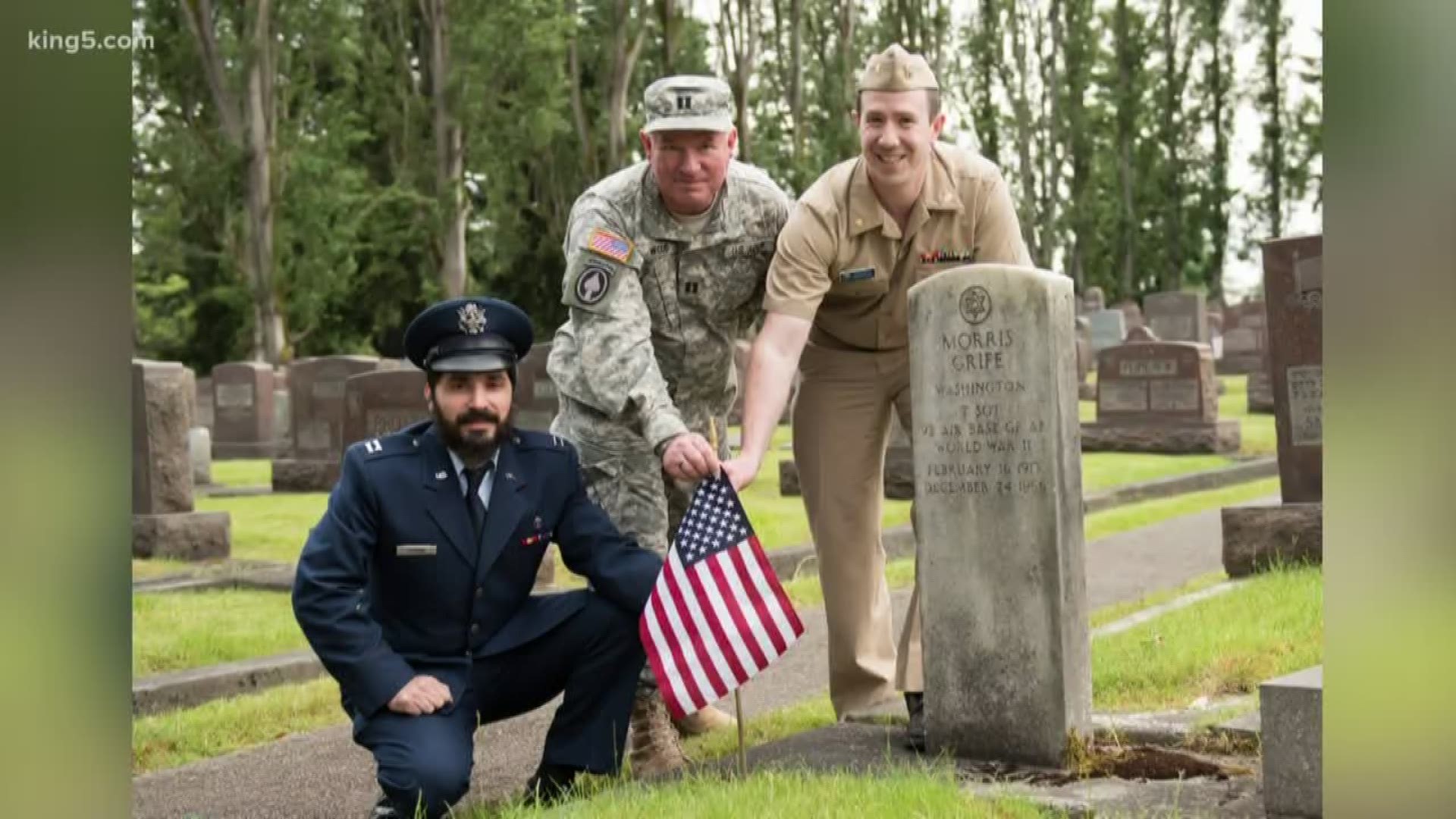 Ari Hoffman is a local businessman, husband and father, and a prominent member of Seattle’s Jewish community.

His father and grandfather both served in the Navy, but when Hoffman expressed a desire to enlist after 9/11, they forbade him from serving, telling him, “We served so you don’t have to.”

One of the ways Hoffman pays their sacrifice forward is by organizing an annual event where Jewish children honor Jewish war veterans.

This year, those two graves will now have appropriate tombstones.

The 10th annual event is Wednesday at the Bikur Cholim Cemetery in north Seattle. 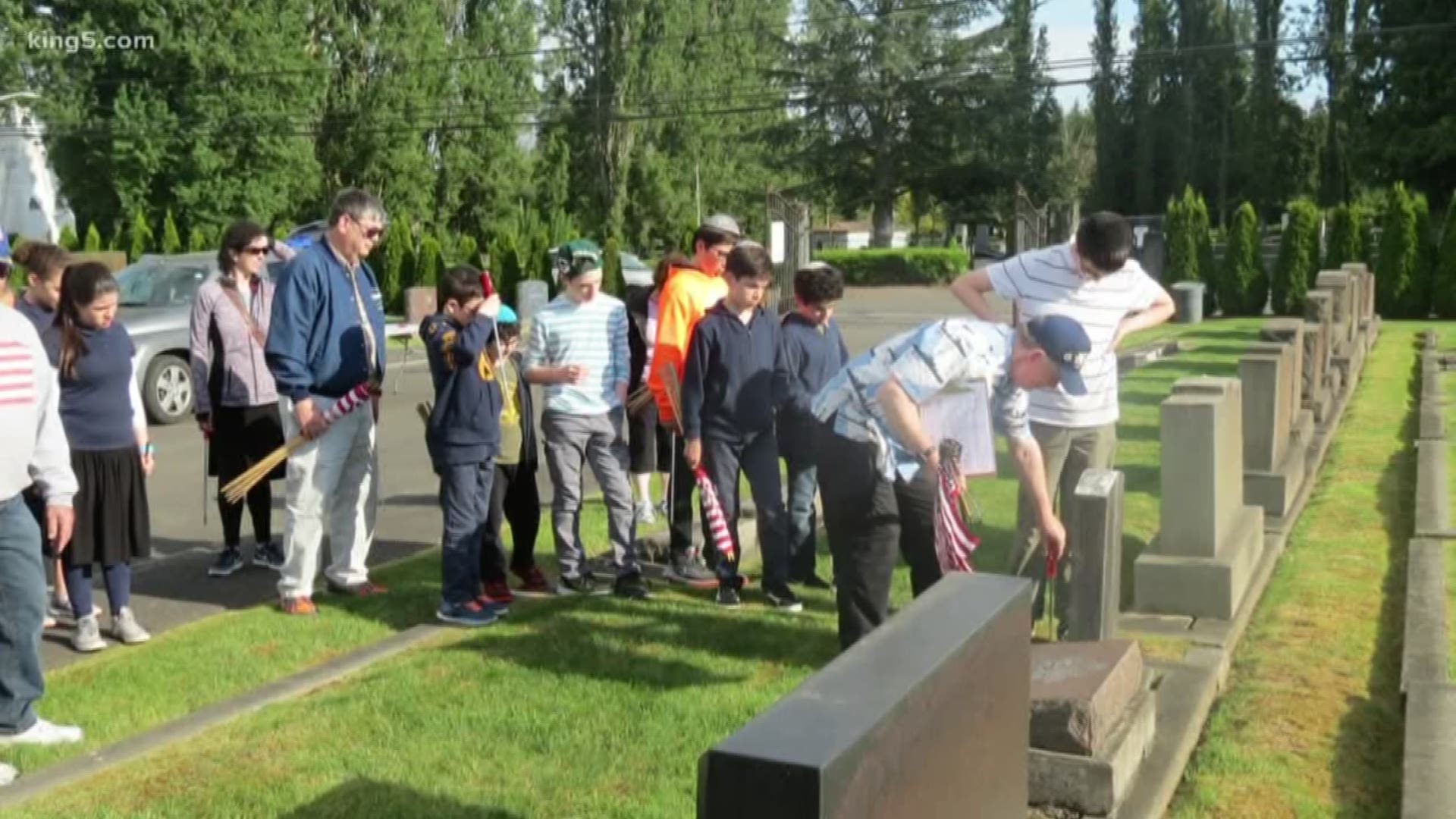