Three people were stabbed in North Seattle Tuesday night, including a 9-year-old boy and 70-year-old woman. 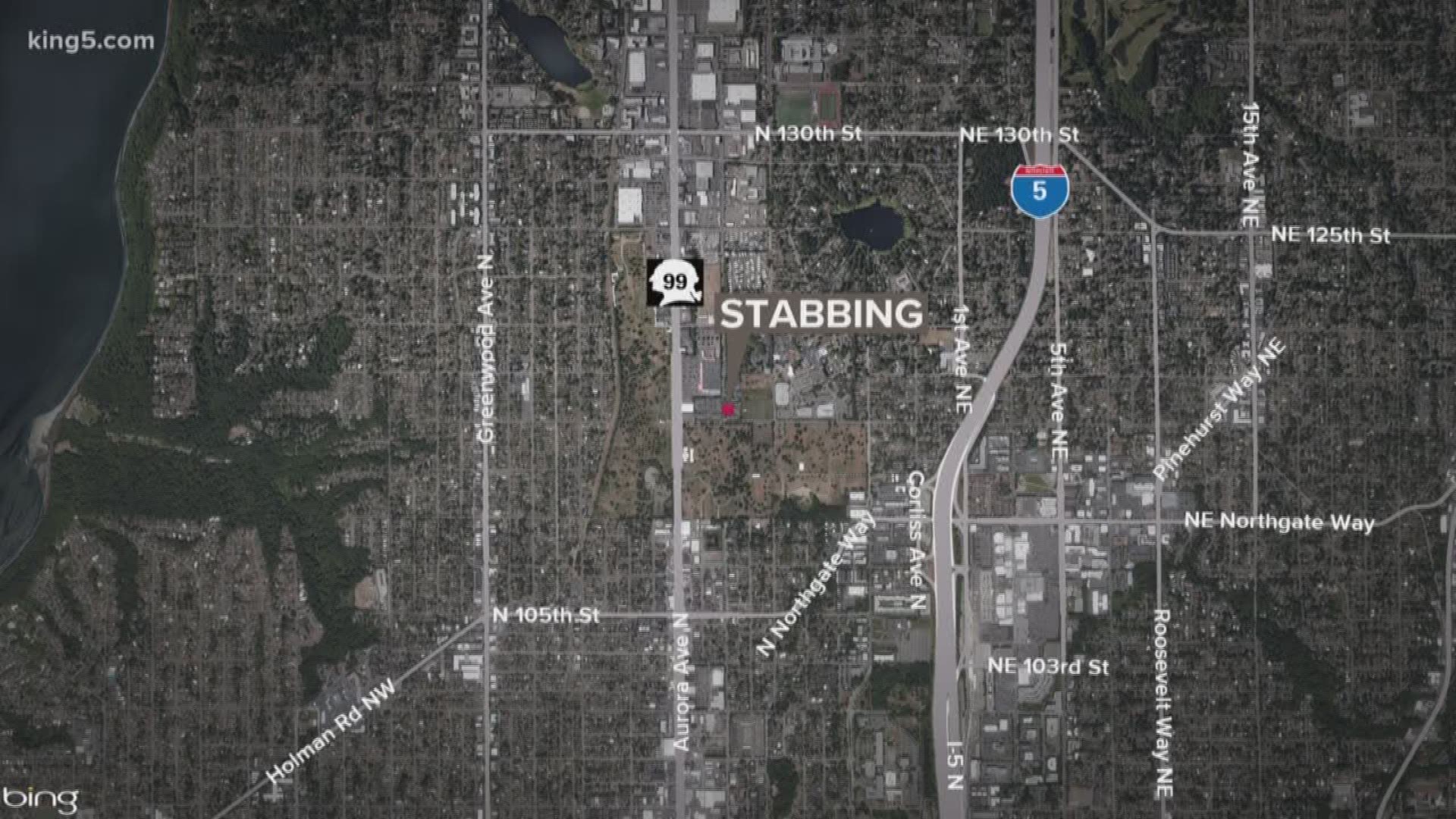 Three people were stabbed in North Seattle Tuesday night. One suspect is in custody, according to Seattle police.

A 9-year-old boy is in stable condition after the stabbing. Two women, ages 27 and 70, are in critical condition.

Emergency crews responded to the stabbings in the 11500 block of Stone Way N. around 9:48 p.m.

It's unclear what led up to the violence or the relationship between the victims and the suspect.

This is a developing story. Watch KING 5 Mornings for updates.