The commercial was for Verizon 5G, focusing on first responders. Best's photo appeared for a second or two. 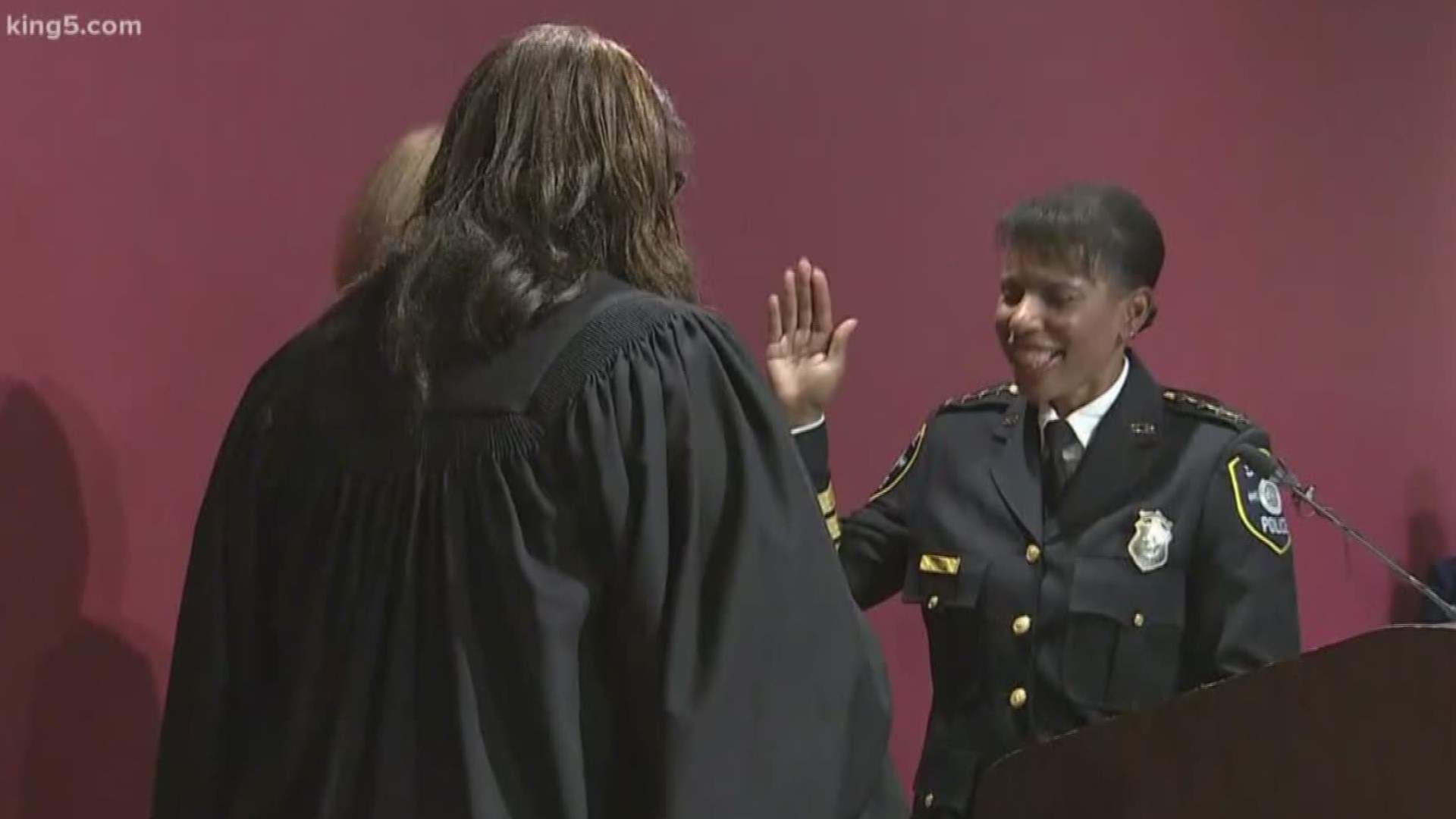 SEATTLE — Editor's note: The above video was published in August 2019.

Everyone's eyes were glued to their devices during Super Bowl Sunday to catch the game, performances and commercials.

Seattle natives were quick to point out a familiar face that appeared briefly in a Verizon commercial.

Narrated by actor Harrison Ford, the 60-second Verizon spot starts off by showcasing a few of 5G’s capabilities when it comes to first-responders: like the fact that it can help firefighters see through smoke via innovative technology and provide rescuers with new tools to locate survivors.

The commercial was quick to note that in many cases, 5G is rendered useless without the "courage and bravery" of those who use it to help others.

As Ford narrates, photos of firefighters, EMTs, doctors, and police in action play across the screen.

A headshot-type photo of Seattle Police Chief Carmen Best appears at the 00:48 second mark in the ad. Best appears to be leading a press conference, although it's not clear when the photo was taken.

Verizon's 60-second spot was not met without criticism.

Twitter was quick to point out Verizon's shortfalls with helping first-responders during the massive 2018 Mendocino Complex Fire that burned through northern California.

In 2018, Verizon acknowledged it made a mistake. A fire chief in Santa Clara said it was only after departments paid for a more expensive plan that Verizon lifted the "throttle."

Santa Clara county and fire officials are taking on Verizon in court, saying the speed was limited due to the repeal of net neutrality.

You can watch the full ad below. Chief Best is at the 00:48 second mark.