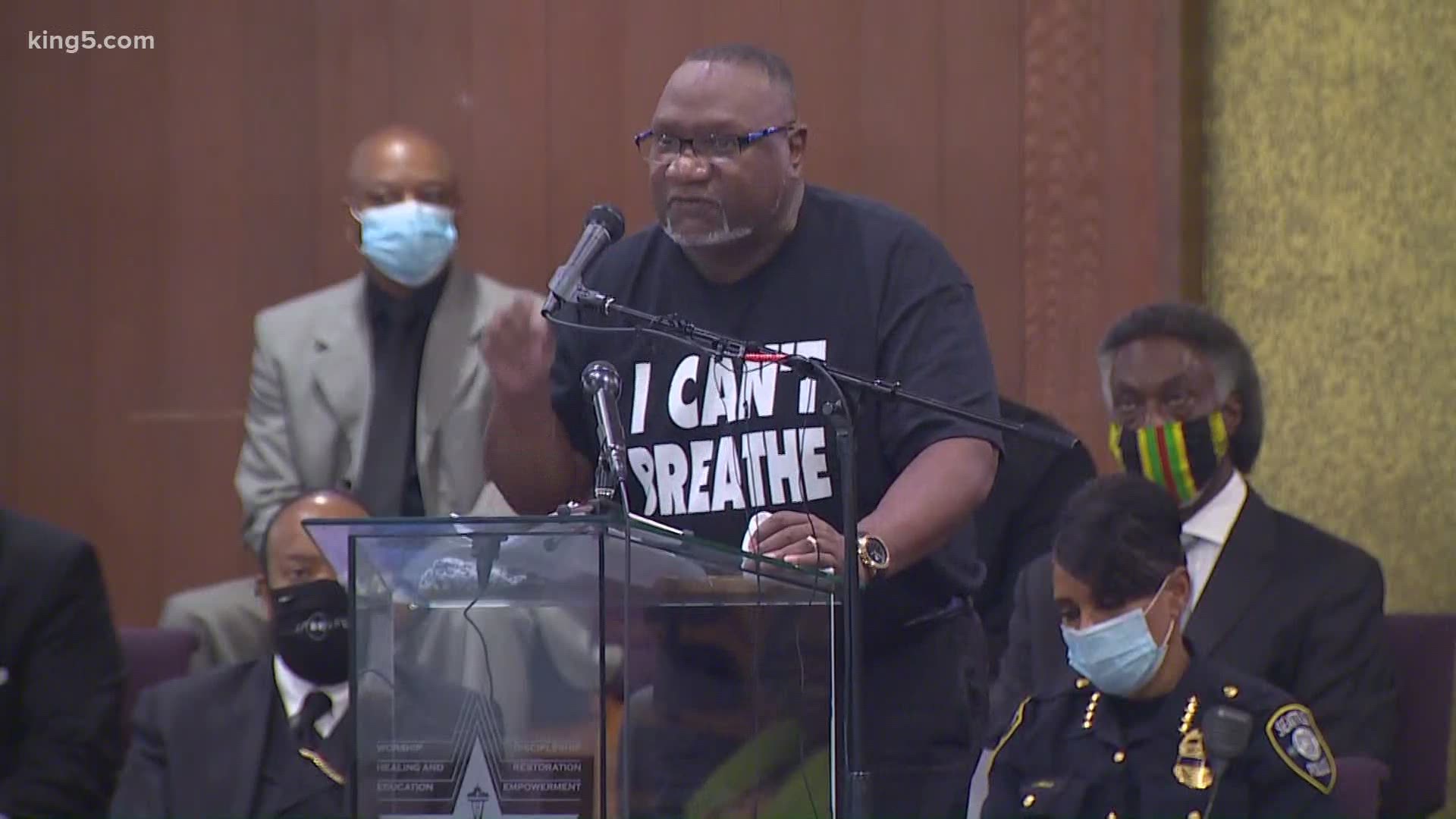 “I just showed up to listen and the words were beautiful, and the support was very meaningful to me. I felt encouraged. I really mean that: we’re in very strange and unique times,” Best said.

The meeting was a direct response to calls for the chief’s resignation from some members of the public.

Best has been criticized for her authorization of tear gas towards protesters after the Mayor called for a 30-day ban of the substance.

“I can tell you, no one dislikes a bad officer more than a good officer who is out there every single day and working hard. We are going to make sure that we hold people accountable,” Best said.

Best didn’t reveal specifics on the future of the so-called CHOP on Capitol Hill, but does say the city and her staff remains in negotiation with organizers.

“We have a lot of really good wonderful officers who are working hard to make a difference and those who aren’t let’s figure out a way that we can weave those out of the system and make the system right,” Best said.