The property owner placed the 'Lewis County Welcomes Everyone' billboard across from conservative-geared billboards on I-5 in Chehalis. 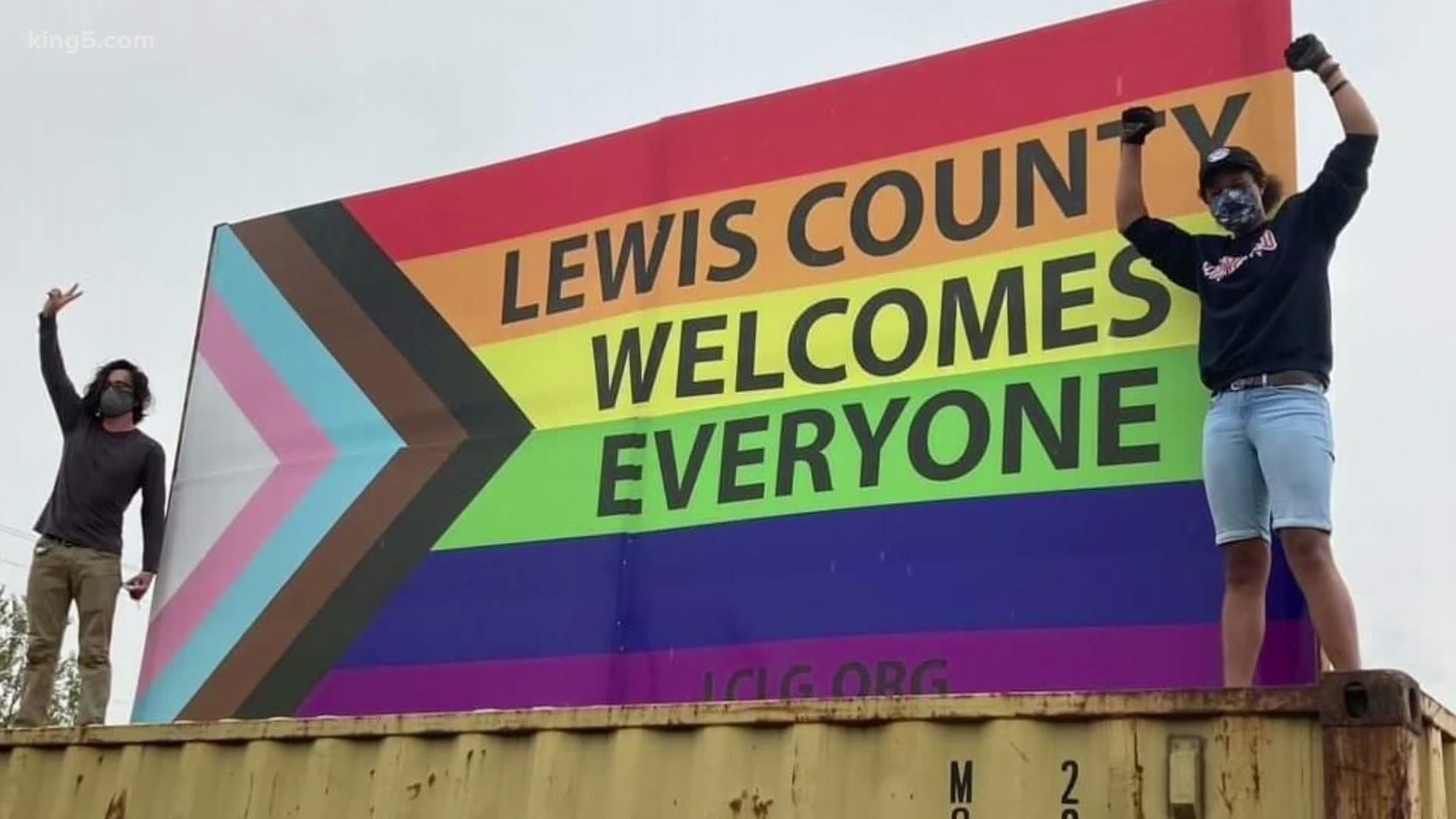 CHEHALIS, Wash. — Vandals have destroyed a billboard supporting people of color and Lewis County’s LGBTQ+ community that was only up for 24 hours.

The billboard, which read, “Lewis County Welcomes Everyone,” had been set up across the street from billboards that have supported conservative candidates and issues. On occasion, those billboards have created controversy on I-5 in Chehalis.

The billboard was put up on Friday and by Sunday, the billboard's organizer got a text message informing him that the sign had been knocked over.

"It's definitely disheartening,” said Kyle Wheeler, who put up the billboard. "It took me three months to get it to this point and it was worth it for that 24 hours that it was here."

The current messages on the Hamilton Corner billboards, beside an image of Uncle Sam, promote Republican candidates for Governor and Lt. Governor.

The signs have been along the interstate for decades.

Over the years, some of the more controversial messages on the signs have prompted calls for the billboards to be removed.

Wheeler said he purchased property across the street the current Hamilton billboards with the specific purpose of putting up his own messages.

“That’s all of our right, to be able to express our opinions. I would just like that right as well,” Wheeler said.

Under an organization called the Lewis County Lollipop Guild, Wheeler started a campaign called “Hope by the Hamilton Sign.”

He raised money to pay for a sign posted across the street from the Hamilton billboards he said would promote inclusivity.

“There are other opinions out there,” said Wheeler, “We formed it to basically boost marginalized voices out here.”

Wheeler said he contacted the sheriff’s office, which is investigating it as a possible case of malicious mischief.

He said he did not have a permit for the billboard, but he thinks it was taken down by someone upset about the message, rather than the billboard itself.

He said he wasn’t surprised the sign was torn down, but he figured it would last longer. He does not know who tore down his billboard.

When asked if he thought anyone associated with the Hamilton billboard played a role, he said, “I doubt it.”

KING 5 has requested to interview the owner of the Hamilton Corner billboard and has not heard back.