PORTLAND, Ore. — Dozens of frustrated consumers protested outside of a CenturyLink office in Northeast Portland Wednesday in response to the company's billing and sales practices. 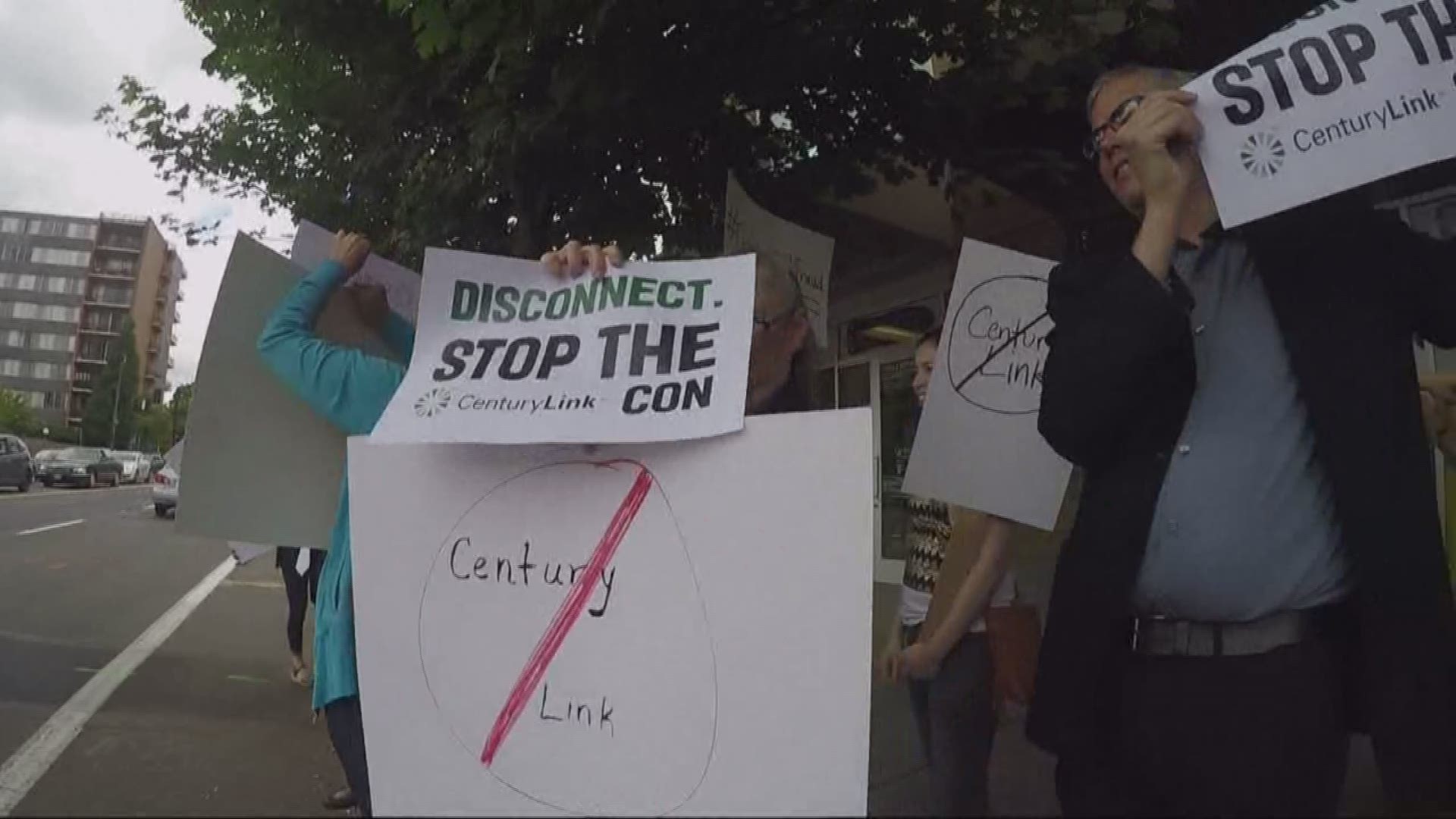 PORTLAND, Ore. — Dozens of frustrated consumers protested outside of a CenturyLink office in Northeast Portland Wednesday in response to the company’s billing and sales practices.

“They agree to a certain price and then when they bill you, it is like three times the price,” said Portland resident Hap Wong.

“Nothing was as it was represented to me,” said Pauline Williams, another protester from Portland.

“The door-to-door salespeople are promising deals," said Shamus Lynsky of Oregon Consumer League. "When they get their first bill, customers are discovering they are getting charged about twice as much as they were promised.”

“Consumers should not be nickel and dimed and defrauded by billion-dollar corporations who come into communities and rip off consumers,” said attorney Ben Meiselas of Geragos & Geragos.

CenturyLink has quickly been expanding service in the Portland area, offering high-speed internet and cable TV. But with that explosive growth has come a spike in consumer complaints.

The Oregon Department of Justice reported a jump in consumer complaints about CenturyLink from 95 in 2013 to 385 last year.

In response to the protest, Mark Molzen of CenturyLink corporate communications provided the following response:

“CenturyLink respects people’s rights to peaceably assemble. As a customer-focused company, if a customer requests an account review, we are more than happy to do so. Additionally, if a problem is identified during a review, we will quickly work to resolve the matter.

The fact that a law firm is trying to leverage a wrongful termination lawsuit into a putative class action lawsuit and to organize demonstrations does not change our original position. We are taking these allegations seriously and are diligently conducting an investigation.”