Investigators say another cat was found dead in Thurston County with a 2018 reward flier attached. 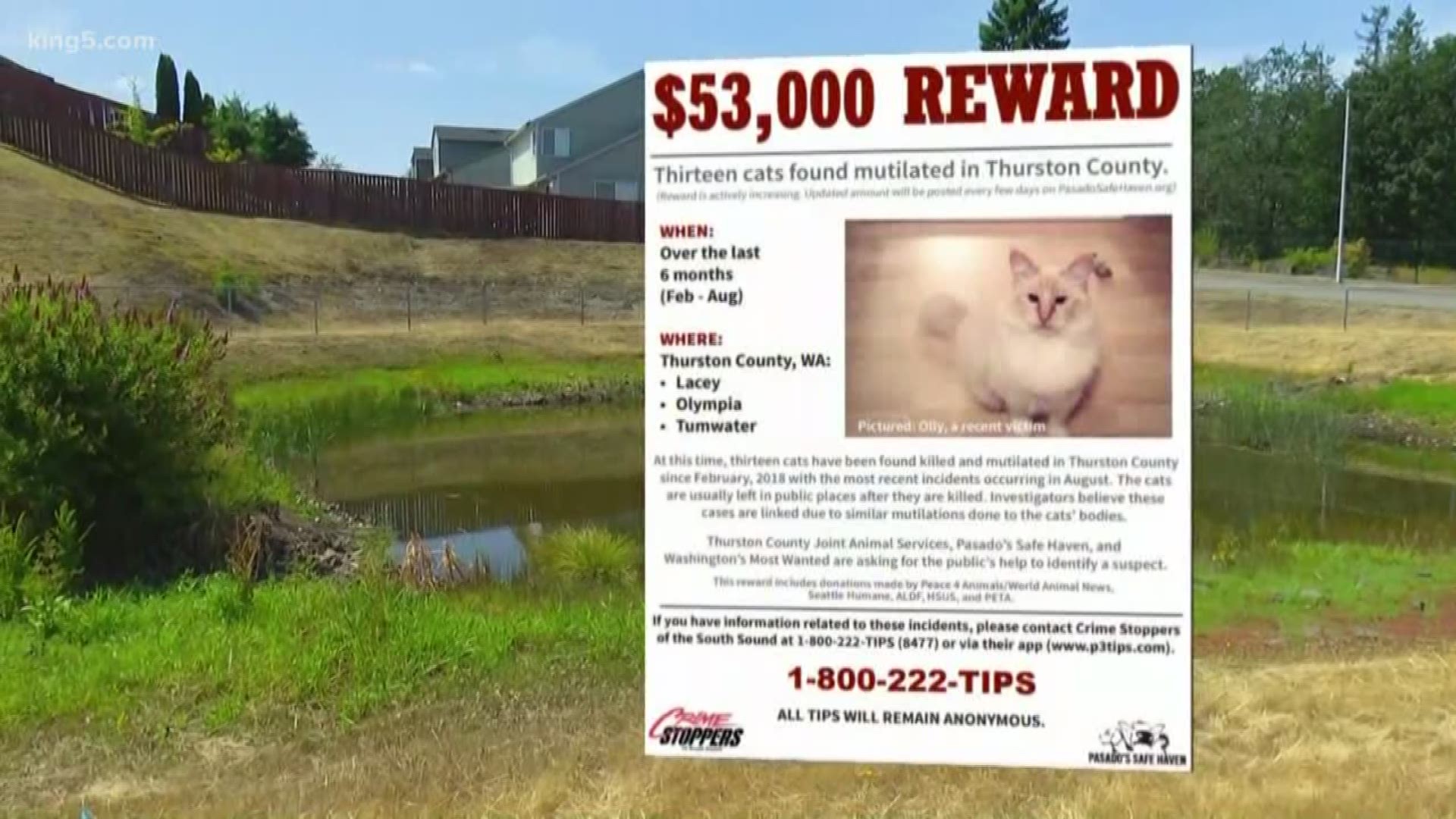 LACEY, Wash. — It's been nearly one year since 13 cats were found dead across Thurston County.

Now the community is on edge again after another cat was found dead in Lacey. Attached to the cat's body was part of the reward flier circulated last year.

The Thurston County Sheriff's Office responded to the intersection of Rockcress and Milbanke Drive last Sunday. Part of the cat's body was left along a fence near the storm water pond.

Because of the reward flier attached to the cat, authorities say this was obviously the act of a human, not another animal.

"It's heartbreaking to know that this is happened to other families and cats. At the end of last summer, we thought it had died down and put to rest," said Angi Swan, whose cat Callie was killed in 2018.

Now authorities are investigating whether the latest death has a direct connection to last year's serial cat killings, or if a separate suspect may be responsible.

"I'm hoping that there are some new leads and more awareness now," said Swan.

The Thurston County Sheriff's Office said as the investigation continues, people should watch their pets, and report anything suspicious.

Another cat was also found dead last week in Thurston County, but investigators believe that cat was accidentally hit by a car.