Catalytic converter thefts: Where are thieves selling the stolen goods?

Some recycling centers in western Washington are taking steps to stop thieves from trying to sell stolen catalytic converters. 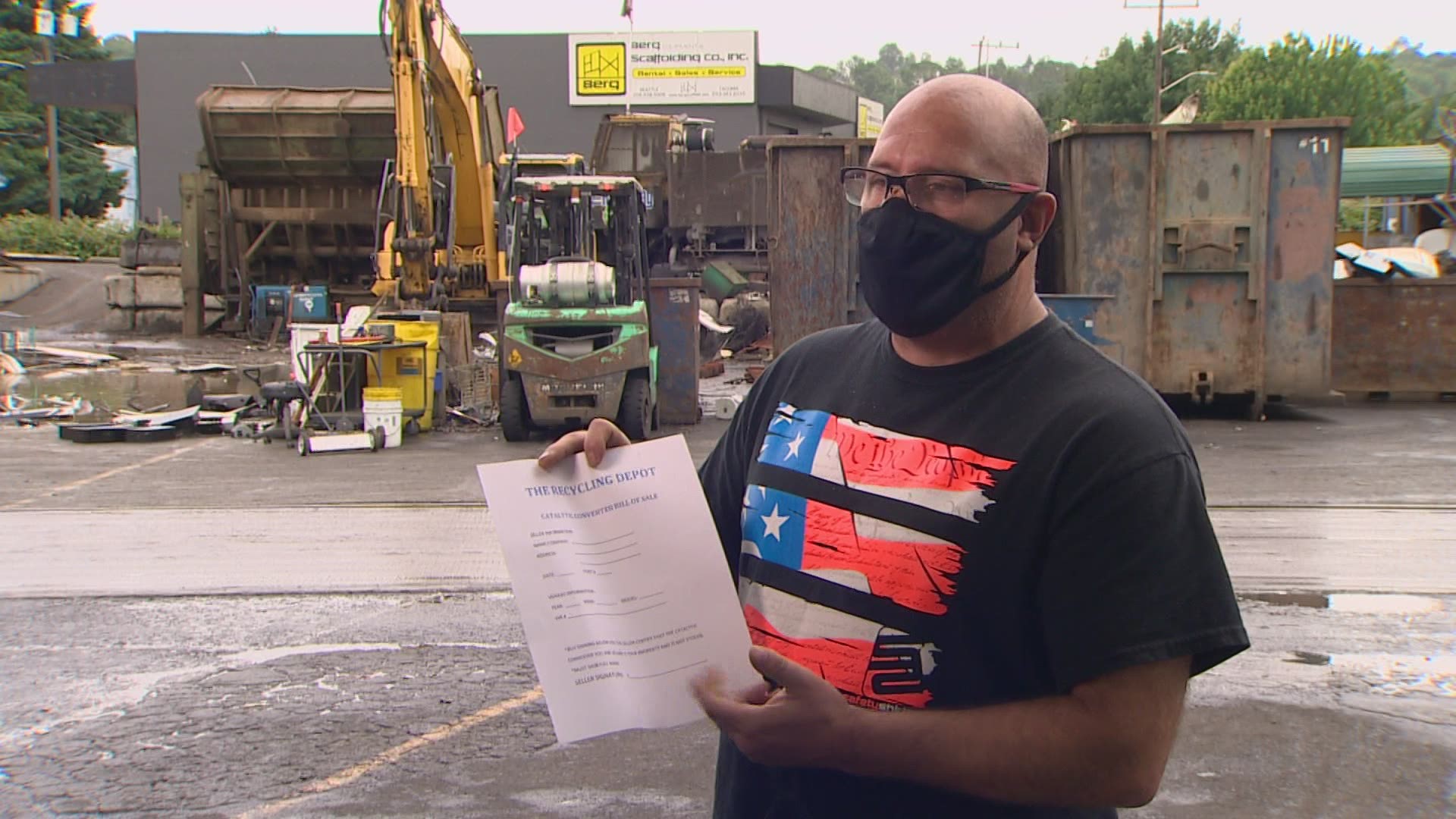 SEATTLE — Police in western Washington are warning that thefts of catalytic converters are skyrocketing, but where do those stolen goods end up?

Thieves are after catalytic converters to recycle the precious metals that are inside, but police say that process is not one that anyone can do. Often times, thieves have to take the stolen goods to a recycling center that will extract the metal from the converter, according to law enforcement officials.

The Recycling Depot in Seattle has safeguards in place to deter thieves from being able to sell stolen catalytic converters, but manager Greg London says he's still receiving at least 20 calls a day from people calling to see if they can make a sale.

"Over the last year we've noticed that theft has severely increased," said London.

It's no surprise since thieves are looking to cash in on those precious metals with high market value, upwards of a thousand dollars. But where are they selling the stolen goods?

Tracking down used catalytic converters online is pretty easy, but it can be difficult to determine if the product is legit.

London says most recycling centers and junkyards require customers to sign a piece of paper saying the part isn't stolen before making the sale, and Recycling Depot has an extra safeguard in place.

"We haven't used these papers in a long time because we only buy from dealerships and licensed repair facilities, period," said London.

Just last week, a KING 5 news van was hit by thieves who stole the catalytic converter in broad daylight.

"It doesn't shock me at all. It happens to several of the businesses around here," said London.

London is calling on other recycling businesses and scrap yards to stand together in only purchasing catalytic converters from reputable repair shops and dealerships – not the general public.

"We're trying to help with the problem, if everybody did that, that might slow it down," said London.

It's easy to know if you've been a target of thieves. When you start your car, it will be really loud.

The easiest way to protect yourself is to keep your car in a place that's hard for thieves to get to or under.