KING 5 learned Thursday that Arcan Cetin, the 20-year-old who killed five people at Cascade Mall on Sept. 23, is in fact a U.S. citizen. 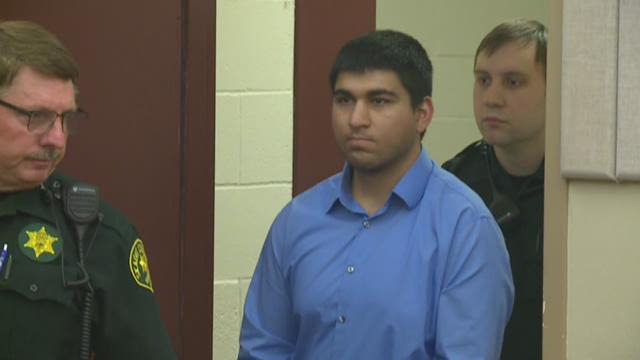 UPDATE: KING 5 learned Thursday that Arcan Cetin, the 20-year-old who killed five people at Cascade Mall on Sept. 23, is in fact a U.S. citizen.

For days after the shooting, Cetin was described by local and federal law enforcement as being a permanent U.S. resident. He immigrated to the U.S. from Turkey when he was a child, after his mother married an American citizen.

On Thursday, a federal official told KING that further investigation revealed that Cetin is a naturalized U.S. citizen. That means he was legally registered to vote.

KING's initial story on Sept. 28 questioned state officials about how Cetin could register and vote without being a citizen.

ORIGINAL STORY FROM SEPT. 28 IS BELOW:

The Cascade Mall shooting suspect, Arcan Cetin, may face an additional investigation related to his voting record and citizenship status.

Federal sources confirm to KING 5 that Cetin was not a U.S. citizen, meaning legally he cannot vote. However, state records show Cetin registered to vote in 2014 and participated in three election cycles, including the May presidential primary.

While voters must attest to citizenship upon registering online or registering to vote at the Department of Licensing Office, Washington state doesn't require proof of citizenship. Therefore elections officials say the state's elections system operates, more or less, under an honor system.

"We don’t have a provision in state law that allows us either county elections officials or the Secretary of State's office to verify someone’s citizenship," explained Secretary of State Kim Wyman. "So, we’re in this place where we want to make sure we’re maintaining people’s confidence in the elections and the integrity of the process, but also that we’re giving this individual, like we would any voter, his due process. We’re moving forward, and that investigation is really coming out of the investigation from the shootings."

The penalty for voting as a non U.S. citizen could result in five years of prison time or a $10,000, according to Secretary of State's Office.

Wyman says while it's impossible to determine an exact number, she does not believe this case points to a larger issue.

"Our hands are kind of tied, but make no mistake, we want to make sure that everybody has confidence that people casting ballots are eligible. This is certainly going to be a topic at next legislation."