A few passengers on board suffered minor injuries, according to preliminary information. There were no impacts to airport operations. 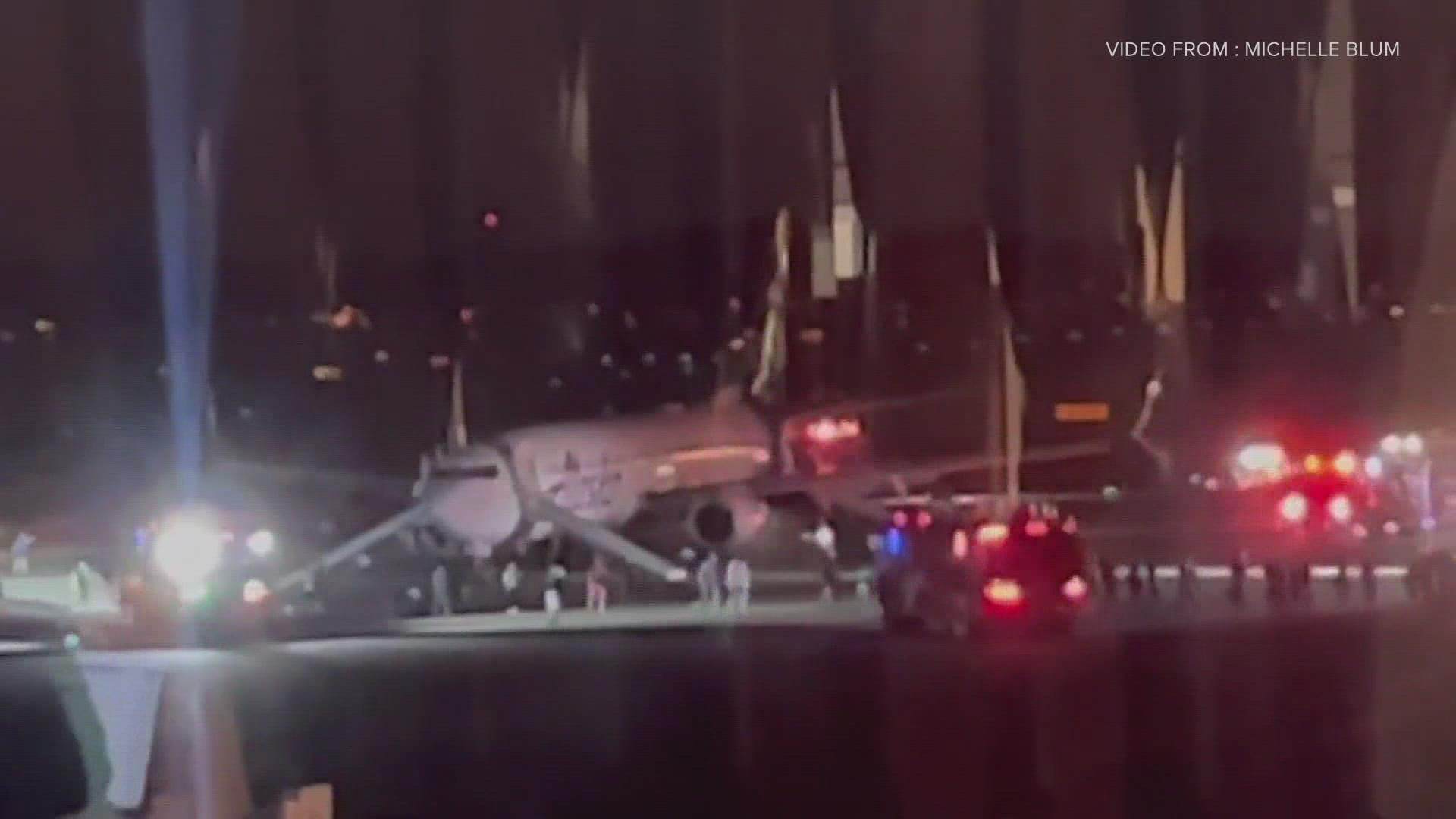 SEATAC, Wash. — Passengers and the crew of an Alaska Airlines flight evacuated the plane when a passenger's cellphone overheated and began sparking after landing at Sea-Tac International Airport Monday night.

Based on preliminary information from Alaska Airlines, the crew on Flight 751 used a battery containment bag to stop the device from smoking.

The evacuation slides were deployed due to hazy conditions in the cabin, according to Alaska Airlines.

Some passengers received minor injuries, according to information from the airport. Alaska Airlines said that two passengers were taken to a nearby hospital for treatment.

There were 129 passengers and six crew members aboard the flight from New Orleans to Seattle.

There were no impacts to airport operations.

The special fire containment bags have been in use on Alaska Airlines flights since 2016. They are meant to reduce the risk of mid-flight lithium-ion battery fires and are designed specifically for mobile devices like cellphones and laptops.

Editor's note: A previous version of this story, based on preliminary information from the airport, said the fire was in the cargo hold and that the cellphone had caught fire.