Did Sound Transit purposely mislead taxpayers and the legislature about the cost and impact of ST3?  That's the question a State Senate committee wants answered. 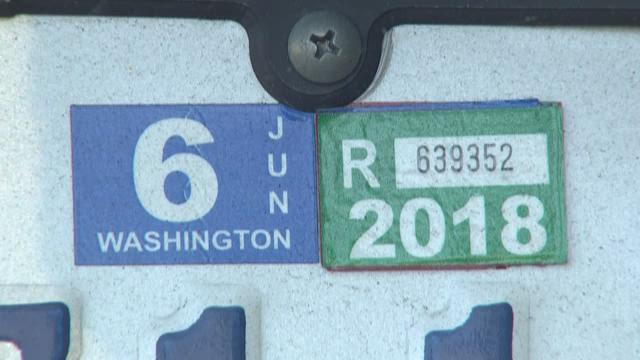 Voters approved the measure last November, but many were shocked by the amount their car tab fees were raised to help pay for ST3.

"The citizens that are sending us emails. They have tabs that are just astronomical," said Sen. Jan Angel, R-Port Orchard. "There was an absolute tsunami of people that had no clue what they had voted for. So if there's that kind of concern and upheaval here, I would really question how clear this was to citizens, because those are the citizens we're hearing from right now."

Sen. Steve O'Ban, R-University Place, is the one who called for the investigation into Sound Transit, in response to public outcry over skyrocketing car-tabs.

As part of the investigation, the Senate Law & Justice Committee members and staff reviewed over 7,000 pages of documents provided by Sound Transit in response to public requests.

At Tuesday's hearing, O'Ban said statements by Sound Transit misled some lawmakers into thinking Sound Transit was only seeking $15 billion in new taxing authority, not more. He also questions whether the legislation was constitutionally drafted.

"Sound Transit stated over and over again that it was seeking $15 billion in maximum. That's Sound Transit's words - authority. As soon as they got that authority from the legislature, they then proceeded to increase the amount they were going to seek from voters to almost double that $15 billion," said O'Ban.

But Ann McNeil, with Sound Transit Government Relations, testified before the committee that "the agency made every attempt to explain what we were seeking from the legislature."

In response to allegations that Sound Transit deceived legislators and the public, on both the size of the ballot measure and the formula used to calculate the Motor Vehicle Excise Tax (MVET), Sound Transit points to the documents below:

Related: Memo to Sound Transit Board on Senate work sessions

"ST3 was a measure that was shaped through more than three years of public input. We had four rounds of meetings around the region and opportunities to comment online," said Geoff Patrick, a Sound Transit spokesperson who also testified at Tuesday's hearing. "And ultimately, the Sound Transit board put forward to the voters a very ambitious measure that was designed to remedy many years of underinvestment in mass transit."

Patrick said the legislation allowed for ST3 taxes to be collected for as long as voters authorized.

"To my knowledge, there was no instance where someone proposed a time limit on the authority of the new taxes we were creating," Patrick testified before the Senate committee.

According to Sound Transit, the $54 billion ST3 transit package is made up of that $28 billion in revenue from new taxes, combined with existing taxes, federal funding, and bonds.

Democratic Senators at Tuesday's hearing seemed to support Sound Transit through their line of questioning and said they don't think the agency misled lawmakers or the public.

"I think both our legislation and the bill reports we had made it very clear to anyone who was paying attention what the legislature was authorizing. There is no time limit in the legislation, there was no discussion of a time limit on when the taxes could be collected," said Senator Jamie Pedersen, D-Seattle. "If they chose not to pay attention to it, then they have only themselves to blame, not Sound Transit."

Pedersen said he didn't think anything about the ST3 transit package was confusing. He feels it's also important to remember the increased taxes are something that voters said yes to, in exchange for an improved public transit system.

"Every one of my 137,000 constituents lives in the Sound Transit district. They are desperate for more transit options and for the extension of the light rail system," Pedersen said. "So I just - I really fail to see what the issue is here."

The Senate Law and Justice Committee will hold its second hearing on ST3 in Everett on October 5 at 1 p.m.

After that, the committee could choose to hand its findings over to the state attorney general for further review. Or lawmakers could opt to address the investigation's findings with new legislation.

"If Sound Transit had been forthright and if they had actually said they were going to seek $54 billion, they wouldn't have gotten anywhere with the legislature," said O'Ban. "Sound Transit, in my view, is an unaccountable organization that needs to have its board directly elected by taxpayers." 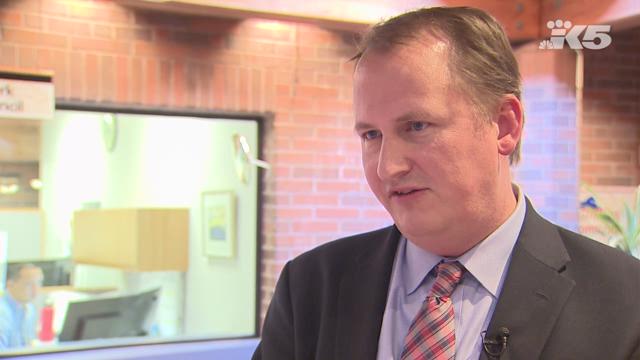