Here's something we haven't heard much of over the last few weeks: people speaking out in support of Sound Transit.  It happened during a legislative committee hearing Monday in Olympia. 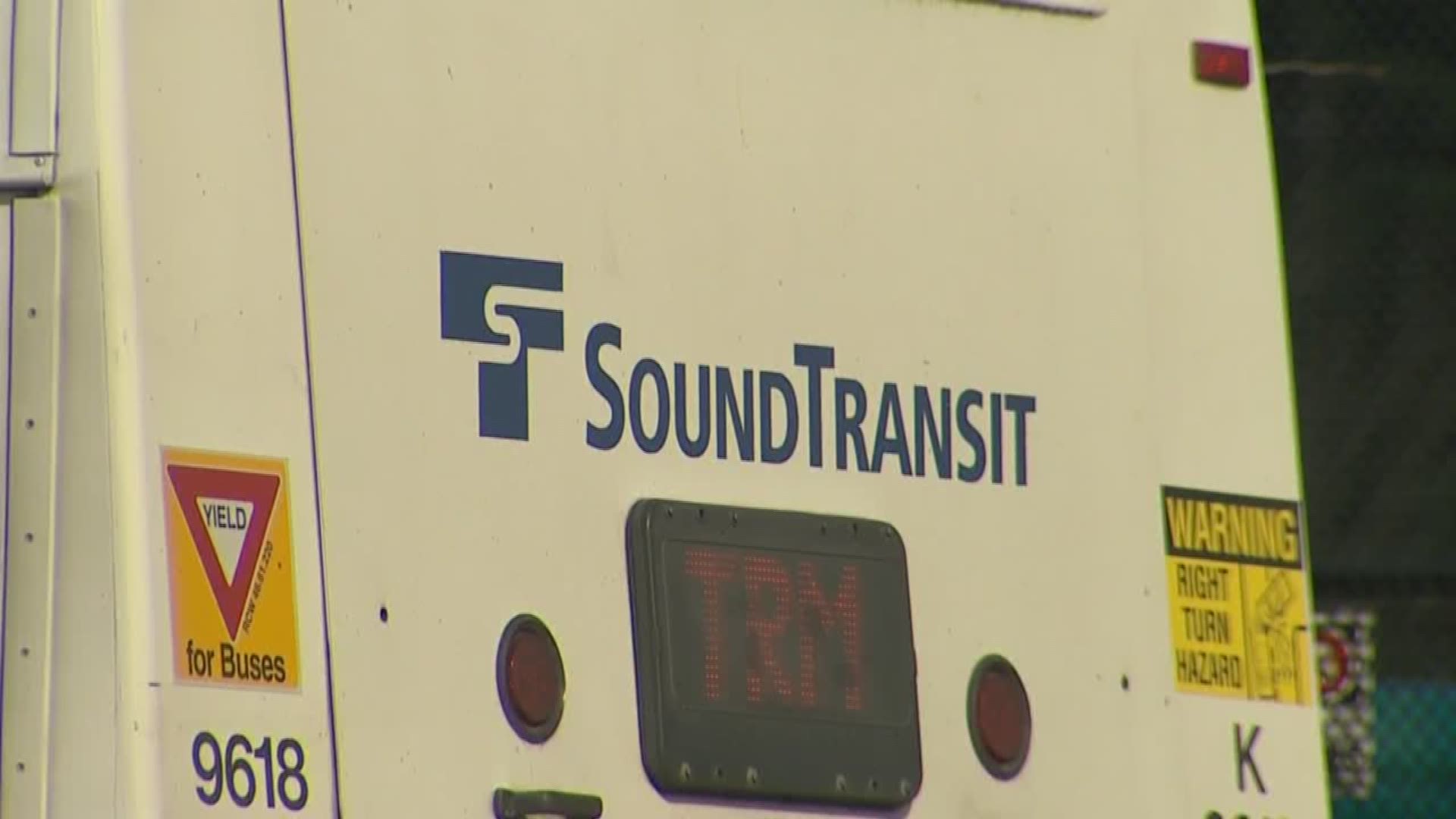 Here's something we haven't heard much of over the last few weeks: people speaking out in support of Sound Transit. It happened during a legislative committee hearing Monday in Olympia.

The Senate Transportation Committee held a public hearing on several bills connected to Sound Transit and the recent controversy over car-tabs.

Senate Bill 5892 seeks to hold Sound Transit accountable and within budget, by allowing voters to affirm or cancel projects that are more than 20 percent over budget after two years.

Senate Bill 5893 would prohibit the State Department of Licensing from collecting car-tab fees on Sound Transit's behalf unless Sound Transit agrees to change the formula used to calculate car-tab taxes.

Thirteen people spoke before the Senate Transportation Committee, offering feedback on those two bills. In sharp contrast to the complaints heard in recent weeks over increased car-tab fees, 12 of those 13 were for Sound Transit and ST3.

The ST3 tax increase caused car-tab fees to skyrocket for many drivers within the Sound Transit District.

"I'm not going to talk about what I'm against. I'm going to talk about what I'm for. What I'm for is a competitive region that has adequate transportation, both public transportation and roads to move goods and people," said Marilyn Strickland, who is Vice-Chair of the Sound Transit Board and the Mayor of Tacoma. "What I'm for are policies that will not compromise the revenue that puts projects in danger and keeps communities on the edge of the Sound Transit District from getting projects they desperately need."

Strickland and fellow Sound Transit Board Member Claudia Balducci both expressed concern that some of the bills being proposed in Olympia could jeopardize Sound Transit funding and force them to delay certain projects.
Ten others who spoke on Sound Transit's behalf represented unions, business associations, environmental groups, and non-profits.

That's something Senator Steve O'Ban (R-28th District) was quick to point out, even before public testimony began.

O'Ban has been behind several bills that seek to change the formula Sound Transit uses to calculate car-tab taxes. The formula uses MSRP to determine a vehicle's taxable value, which O'Ban feels is unfair to taxpayers.

"Today, we'll hear from a number of special interest groups that support the status quo, that are going to oppose this kind of relief for taxpayers," said Senator O'Ban. "Those groups can afford to be down here, but most taxpayers can't."

"Our members strongly supported ST3, and the Seattle Metropolitan Chamber of Commerce endorsed it, because of its critical investment in our future transportation needs. We have some concerns with the MVET bills proposed," said Mindi Linquist with the Seattle Metropolitan Chamber of Commerce. "The bills hurt Sound Transit's ability to deliver what voters approved."

Laborers Local 242 and King County Building Trades representatives both spoke about the impacts that legislation aimed at Sound Transit might have on the region's construction industry.

"We represent 20,000 working men and women in the King County area. We strongly opposed any legislative measure that seeks to un-ring the bell of Sound Transit Three," said Monty Anderson with King County Building Trades. "For anyone that has used Sound Transit, I can assure you they would agree, the benefits certainly exceed the costs."

Senator O'Ban isn't so sure that's true, based on the emails and phone calls he's been getting from taxpayers.

He read a few of those emails during Monday's hearing.
"Nancy in Everett. She got the tabs for a cargo trailer. Her bill went from $64 to $182. On a cargo trailer, that is only on the road two to four times per year. That's highway robbery," said O'Ban. "So we need to provide relief to taxpayers in this legislative session."