A King County judge rejected most of a coalition's challenge to Tim Eyman's $30 car-tab measure. 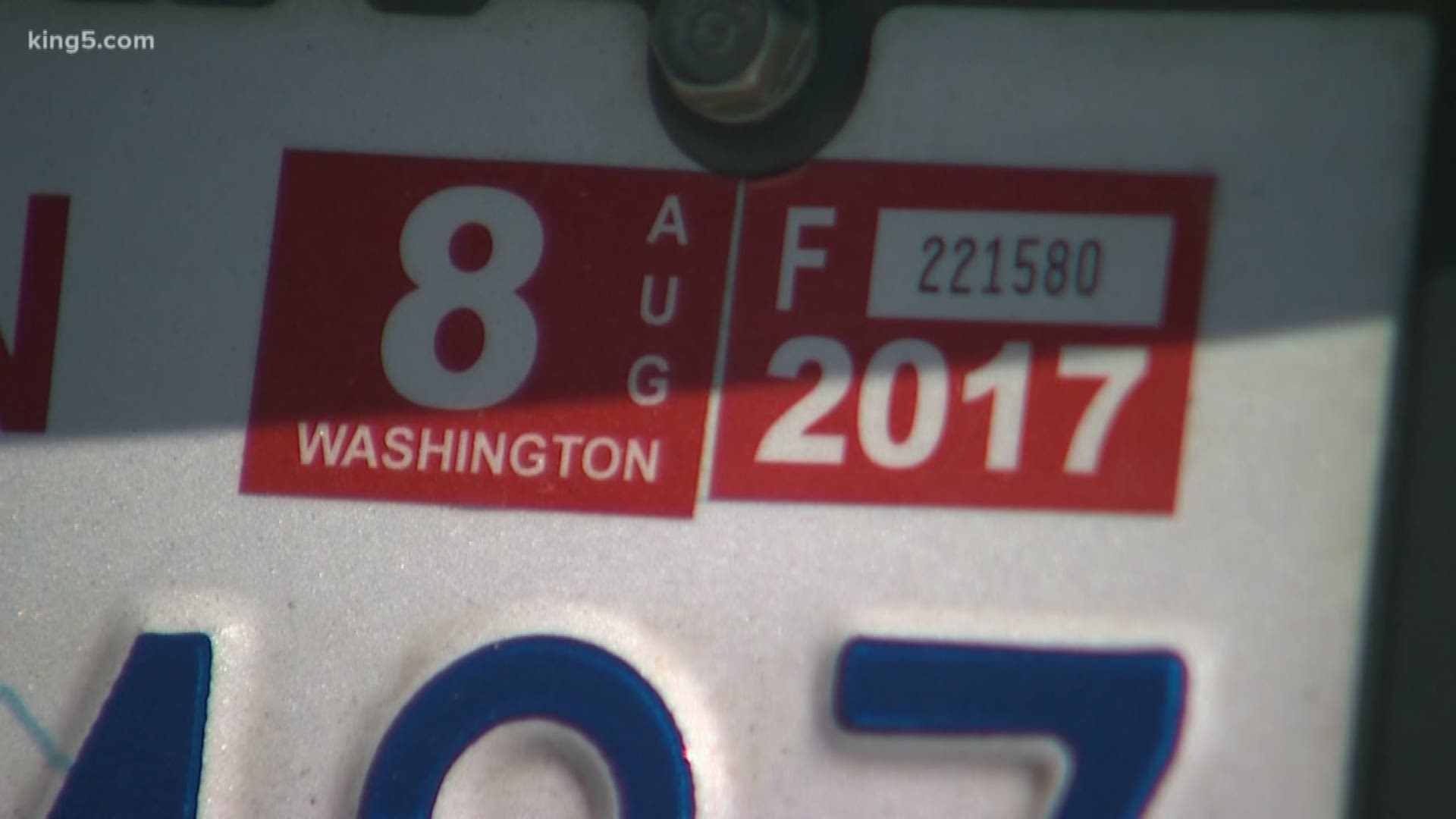 SEATTLE — A King County Superior Court judge rejected most of the challenge to the voter-approved measure that would cap car-tab renewals at $30.

Judge Marshall Ferguson said King County and a coalition of Washington cities failed to carry the burden of demonstrating that the measure was unconstitutional on most of their claims, according to court documents.

However, the judge reserved judgment on two issues: whether the initiative unlawfully impairs the contracting authority of the City of Burien, and on whether a requirement that car valuations be based on Kelley Blue Book values illegally favors a private company.

"I am thrilled this judge reversed himself and no longer thinks voters were confused, we never were," Eyman said in a statement to KING 5. "Voters have three times demanded $30 tabs and three times repudiated this dishonest tax. Their vote should be implemented immediately."

A preliminary injunction on the measure remains in place.

“We respectfully disagree with the ruling today from Judge Ferguson and will continue to make our case about the unconstitutionality of I-976," Seattle Mayor Jenny Durkan said in a statement. "Our residents have made it clear they support increasing transit, safer roads for everyone, and free ORCA for our young people, and voted overwhelmingly for transit and against this initiative. We will assess what impact this ruling will have, but we remain optimistic about the ultimate outcome.”

Judge Ferguson previously heard arguments on I-976, which voters approved in November. It caps most taxes paid through annual vehicle registration at $30 and largely revokes state and local authority governments to add new taxes and fees.

Dan Nolte, the communications director for the Seattle City Attorney's Office, sent the following statement: "We’re disappointed in the judge’s decision. We’re assessing the order and evaluating options for next steps."

A KING 5 News poll found 41% of voters surveyed wanted I-976 implemented as passed by the voters. Another 21% wanted the initaitive re-written and re-submitted to the voters. Just 9% of voters polled thought I-976 should be judged to be illegal.