Initiative 976, which would cap car tabs at $30, was approved by voters last year but has not taken effect after being temporarily blocked. 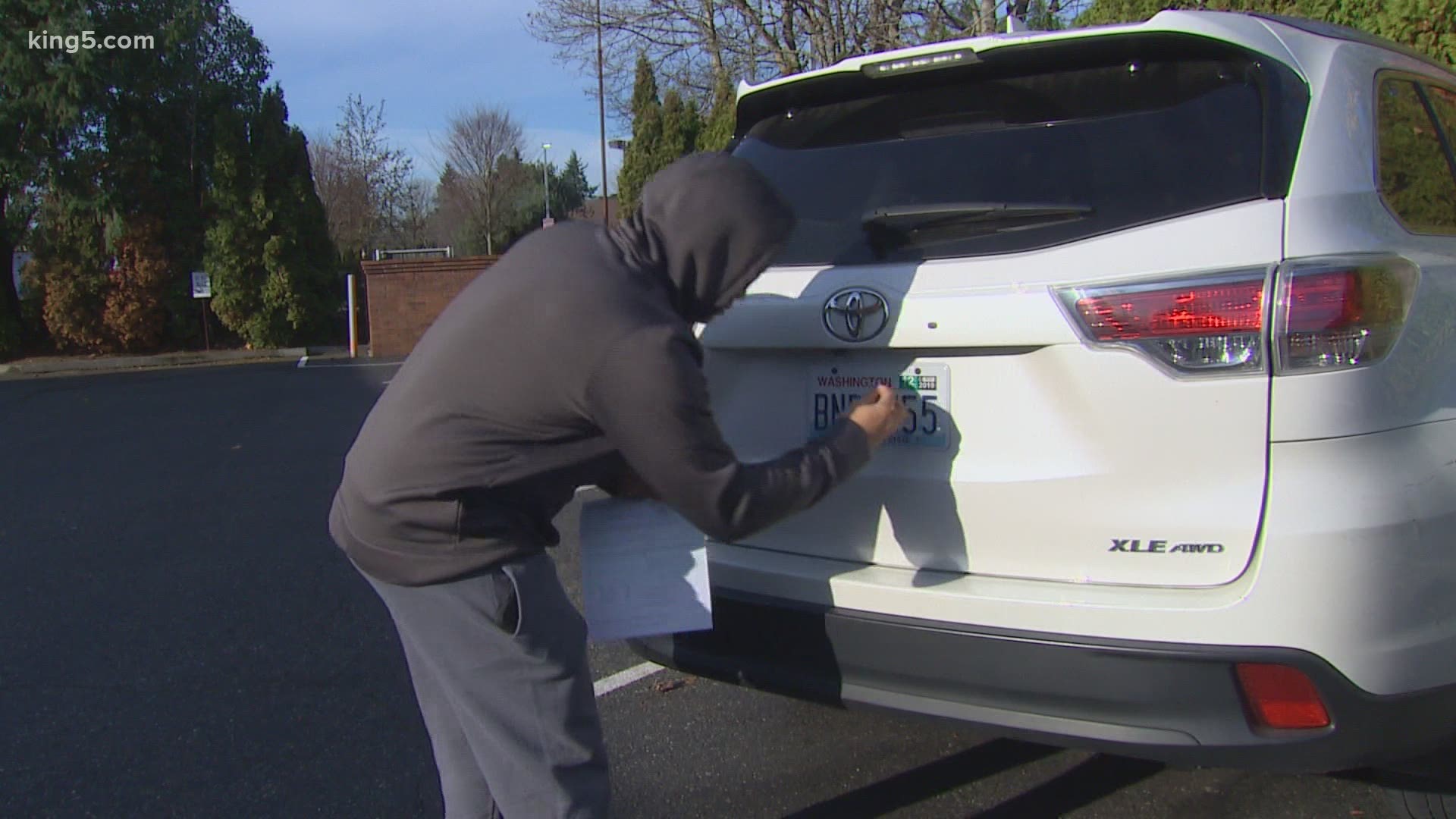 OLYMPIA, Wash — The Washington state Supreme Court ruled Thursday an initiative approved by voters nearly a year ago that would cap car-tab fees is unconstitutional.

A coalition that includes King County and the City of Seattle filed an injunction against Initiative 976, claiming it was unconstitutional. The coalition argued the initiative violates the single-subject rule, which prevents bills from containing more than one subject.

A judge temporarily blocked I-976 from taking effect and the state Supreme Court upheld the decision to block it until a final ruling was made.

The justices on Thursday said the measure violated the state Constitution's requirement that initiatives be limited to a single subject and said its description on the ballot was misleading.

Gov. Jay Inslee said that while it's "unfortunate" that Tim Eyman has "yet again" written an unconstitutional measure, he understands vehicle owners in Washington state are frustrated by costly fees to renew car tabs. Though the state "should be open" to changing the system, Inslee said it should be done in a way that doesn't reduce critical funding for state projects.

“We knew this initiative had some fairly obvious legal problems from the outset. Mr. [Tim] Eyman has never sponsored an initiative that’s withstood legal challenge, so today’s decision shouldn’t come as a surprise to anyone. The court rightly recognized that a clearly inaccurate initiative title and logrolling subjects is unlawful.” said Seattle City Attorney Pete Holmes.

The state Office of Financial Management estimates the initiative would have cut more than $4 billion in tax revenue by 2025. That money is used for projects throughout the state, including transit and road work.

Justin Leighton, executive director of the Washington State Transit Association, was one of the lead plaintiffs in the lawsuit challenging I-976's constitutionality. He said he, and his organization, made up of public transit agencies across the state, were "pleasantly surprised" by the ruling.

Michael Rogers, a Lacey man with cerebral palsy, who uses a wheelchair, was another plaintiff. He said the potential cuts would have made it difficult for him to get to work.

"I am relieved and pleased the high court agreed with our coalition arguments," Rogers said in an emailed statement, "This provides a sense of reliability for myself, family and the tens of thousands of transit riders in Washington."

The Spokane Transit Authority also issued a statement Thursday, that said, "The court’s ruling primarily focuses on the integrity of Washington’s citizen-led initiative process, but it also preserves critical transportation funding that results in wide-ranging public benefits. Particular to transit in the Spokane region, funding is preserved for lifeline ADA Paratransit service for those whose disabilities prevent them from using regular bus service. It also stretches local dollars by leveraging competitive state grants that help build important projects like the City Line, the West Plains Transit Center and others that make transit easier and convenient to use."

Initiative sponsor and anti-tax activist Tim Eyman previously said the state should use reserves and the Rainy Day Fund to pay for construction projects. Eyman said voters are tired of paying hundreds of dollars to renew car tabs.

"Voters were not confused," he said of Thursday's ruling. "The high court ruled 776 was single subject so we followed their roadmap with 976."

Eyman said the court's ruling is "infuriating" and that it is "truly maddening" for the court to say voters were confused.

Reacting to the court's ruling, Eyman said the opposition had "$5 million to convince voters" to vote no. He said voters "clearly" knew what the initiative was and approved it.