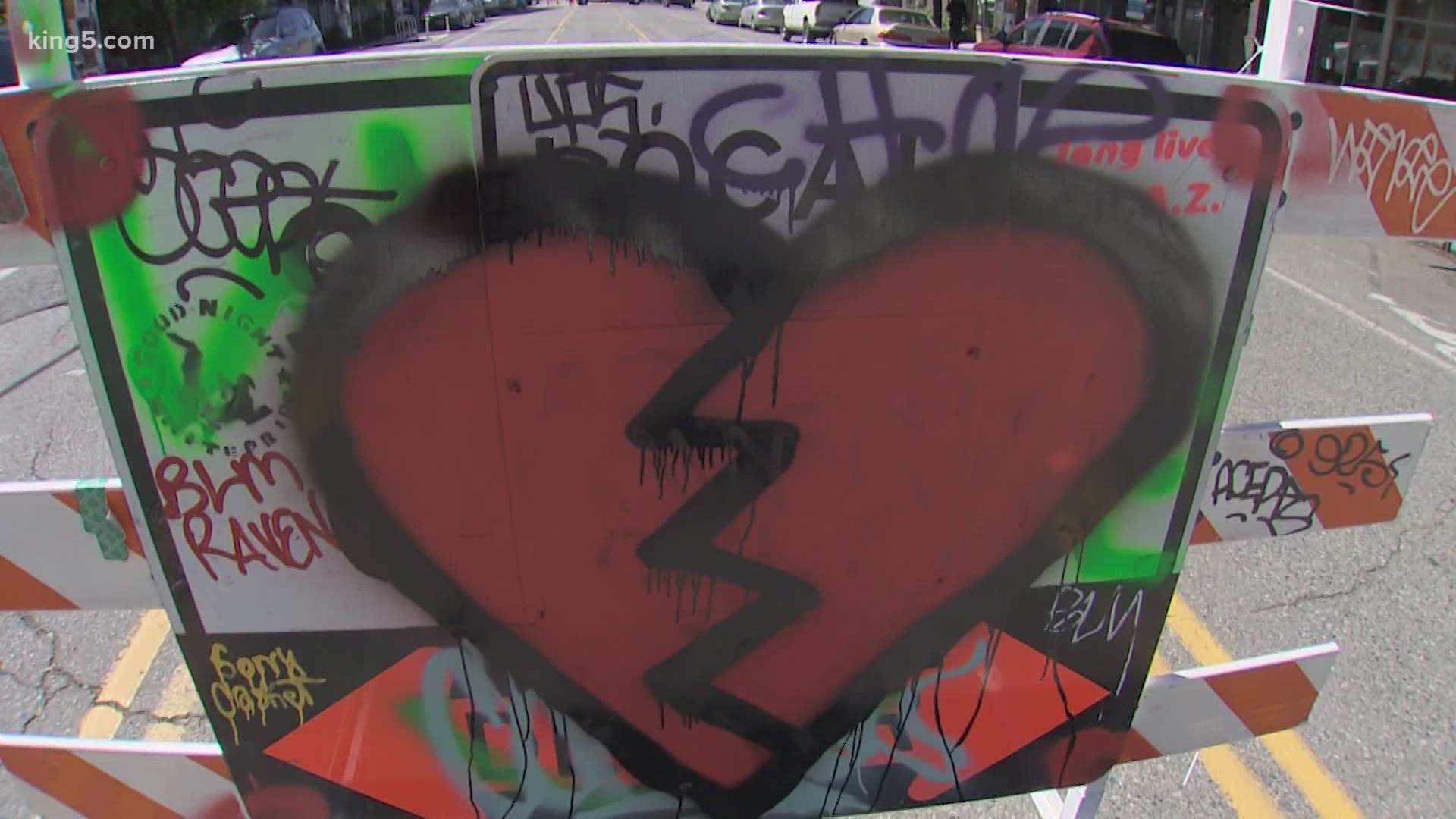 After two shootings in two days, residents and business owners are speaking out about life near Seattle's “Capitol Hill Organized Protest" zone, known as CHOP.

An owner and employee at a business on Capitol Hill agreed to speak on camera on the condition on anonymity because they fear retribution.

“It makes me on edge. It makes me not feel safe in a neighborhood that I basically grew up in," one person said.

“It’s just been this forgotten wasteland. The businesses and residents here are all struggling. Services won’t be able to roll in here and help anyone out. Streets are continuing to be blocked every day. It’s hard for anyone to even get out of their garages,” said the second person.

Protesters have occupied the neighborhood for more than two weeks. Initially, tensions were high between demonstrators and police, with frequent clashes outside the East Precinct, which police evacuated on June 11.

Seattle Mayor Jenny Durkan and Police Chief Carmen Best announced Monday that officers will return to the precinct "in the near future." City officials are also looking to dismantle CHOP with the help of community leaders.

The announcement came on the heels of two shootings in the CHOP zone over the weekend that left one man dead. The victim was identified as 19-year-old Horace Anderson. A 33-year-old man remains in critical condition from the same incident.

On Sunday night, a 17-year-old boy was shot in the arm. He has been released from the hospital and declined to speak with detectives.

Police said they would respond to crimes in the CHOP zone if lives were at risk. But neighbors said many crimes are going unreported and unresolved.

“There’s absolutely no rules for anybody here,” the second person said.

The CHOP zone has not recognized an official leader, but has several vocal members.

“I didn’t want to be a leader of this," said activist RAZ Simone during a livestream interview. "I didn’t even want to be a voice. I was trying to amplify other people’s voices."

He continued, “There are so many people there, you can’t speak for anyone. You can’t say 'We do this. This is what we don’t…' even the markup of CHOP changes everyday."

Simone said he initially stopped protesters from entering the East Precinct because he felt it would lead to violence from police. So protesters continue to hold the line, setting camp outside the station and claiming several city blocks.

Some nearby businesses are struggling to survive.

“I have employees, we have to pay them we have to keep everyone employed we’ve been shut down. We’re not making any money,” said a business owner.